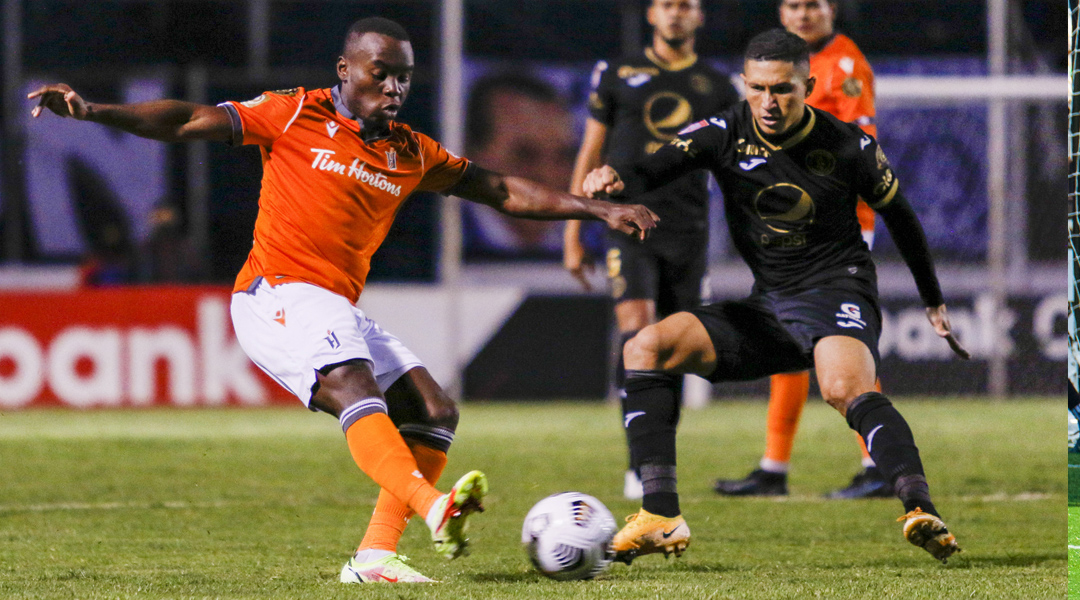 Canadian Premier League side Forge FC is bowing out of the Concacaf League after a 2-2 aggregate semi-final defeat to FC Motagua, with away goals proving the difference across two legs.

The Hamilton-based side had come back from two goals down to secure a last-gasp draw against FC Motagua at home last week, but the second leg saw a scoreless match ensure that FC Motagua advanced to the cup final instead.

The start of the game saw the Honduran hosts quickly find the front-foot, often arriving first to the ball and putting Forge under pressure. While Browne had a handful of chances, Forge’s best opportunity from the opening fifteen minutes came through a counter-attack instigated by Kyle Bekker which ended in Browne forcing a fine stop from Jonathan Rougier:

As the clock hit twenty minutes it was a mere matter of inches that separated FC Motagua from an early lead after a delicious cross from Diego Auzqui saw Roberto Moreira head the ball just wide, with the Honduran hosts proving the more potent of the two clubs early on.

The chances kept mounting for the home side, with Triston Henry even coming close to carrying the ball over his own line during an awkward catch in the 24th minute. Navarro then found himself inside the defensive line against the run of play a few minutes later, firing low shot which Rougier proved capable of saving.

Former NYCF draft pick Kwame Awuah put on his rocket boots to reach a long ball out on the left flank and serve a one-time cross into the box. It was met by Navarro, who fired the on-a-platter opportunity high.

Henry would nearly give a gift away to the hosts as the first half came to a close, with a poor lateral pass choice seeing the ball intercepted on its way to Tissot – though the Quebecois defender was able to force the ball out to touch. The first half would end without any goals, though both sides finished it with two shots on target apiece from six opportunities.

Whatever Forge head coach Bobby Smyrniotis said at half-time, it worked: the hammers came out a much reinvigorated side in the second half, dominating possession and earning the lion’s share of chances. Babouli saw a close-range header sail into the waiting mitts of Rougier, with Motagua then forcing a stop from Henry as they fought their way back into the half.

The tension built up as the hosts earned a freekick not far outside the box, though the ball was sent sailing just high of the net after some suspenseful buildup. The hosts would nearly capitalize after Henry spilled the ball twenty minutes from time, with Tissot once again coming to the rescue for his keeper.

Henry wouldn’t take long to make amends, however, with the 28-year-old goalkeeper coming up huge to stop a bullet header from Ivan Lopez that would have stopped the visitors in their tracks.

With Forge needing a goal, Woobens Pacius came on for Garven Metusala in a necessary attack-minded change, with substitute Concacaf assassin David Choiniere seeing a breakaway opportunity go bust after his cross came well ahead of any Forger attackers.

FC Motagua should have wrapped things up five minutes from time, with Gonzalo Klusener finding himself unmarked right in front of the net with Henry having no chance to get anywhere near. Somehow skying the opportunity, Forge were handed a late lifeline, though the hammers wouldn’t score any late goals this time around.

At the final whistle, a scoreless draw would confirm that Forge FC was coming home empty-handed.

The result means that FC Motagua will advance to the 2021 Concacaf League Final, where they’ll play against Guatemalan side Comunicaciones FC. It marks the Honduran side’s third appearance in the continental cup final.

Should Forge FC win the 2021 CPL Final against Pacific FC this Sunday, the side will return to Concacaf League action next season.

Forge FC has improved on its continental performances in all three of the young side’s years thus far, reaching the Round of 16 in 2019, the quarter-final stage in 2020, and the semi-final this year. After dispatching Santos in the previous round, the side has also made history by becoming the first Canadian Premier League team to qualify for the Champions League.