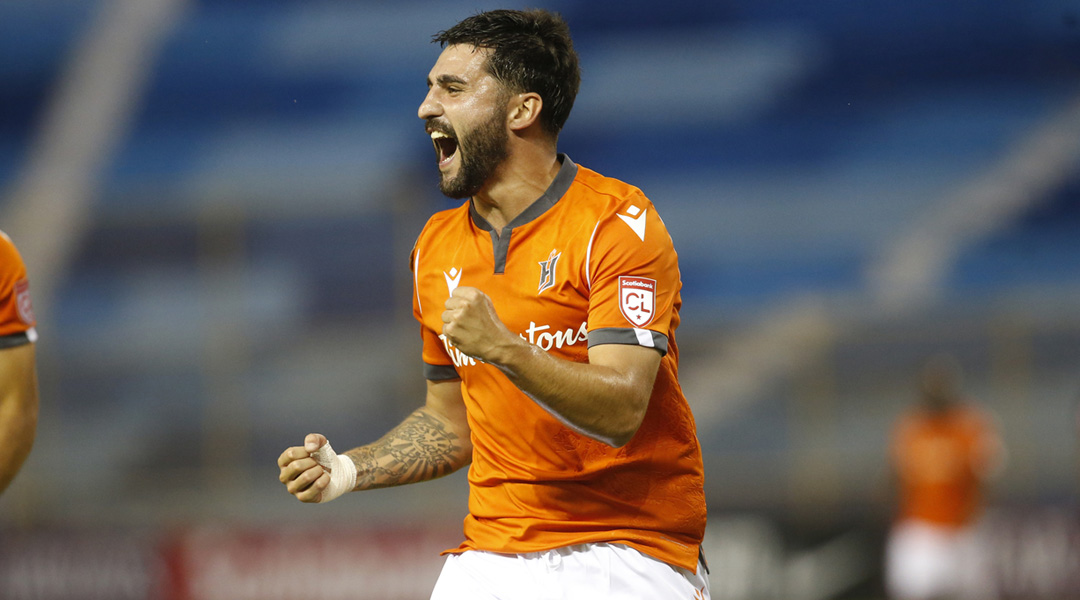 Canadian Premier League side Forge FC has kicked off its third-ever Concacaf League campaign, recording a 3-1 win over Salvadoran side CD FAS at the Estadio Cuscatlan.

The CPL side was without captain Kyle Bekker and head coach Bobby Smyrniotis due to suspensions picked up in the Concacaf League last year.

Oud Heverlee Leuven loanee Tristan Borges certainly put his stamp on the game, scoring the club’s first goal while recording two assists as the hammer made the most of its away ‘home’ match.

The first half certainly swayed in Forge’s favour, though that isn’t to say 2020 CPL Golden Glove winner Triston Henry didn’t make several big stops against a CD FAS opposition that kept probing to the end. It would take just sixteen minutes for Borges to open Forge’s Concacaf League account, finding himself with enough space outside of the box to slot the ball into the far corner:

Salvadoran side CD FAS was quick to show why the the side has won its domestic league no less than eighteen times, equalizing through Erivan Stiven Flores Morales after a deflection just a few minutes later:

The reigning Canadian Premier League champions didn’t take long to regain the lead, with Borges turning provider and doing just enough to ensure that former Toronto FC striker Molham Babouli could punt home the ball from just a foot out:

The second half had hardly gotten underway when David Choiniere showed why he can be considered the team’s Concacaf League specialist, making a smart run that found the Quebec-born forward on the end of a low cross from Borges. The hammer was now 3-1 up, with Choiniere now having scored five goals in just eight Concacaf League appearances:

The 75th minute would see Sigma FC product Johnny Son make his debut for the hammers, coming on for Babouli to see out the final fifteen minutes of the first leg.

CD FAS should have pulled one back a few minutes later, with striker Luis Peralta finding himself on the end of a smart forward cross but ultimately firing off-target from just a few feet out. The match then suffered a delay as the stadium lights went out five minutes from time, allowing the players a drink break and a few extra words from the coaching staff.

The final whistle would eventually confirm a 3-1 win for Forge, who have never lost out in the preliminary round of the continental cmpetition thus far. Last season saw the club come one match away from Champions League heights, though the team ultimately crashed out of the quarter-final stage.

Forge FC will now play its away leg against CD FAS on Tuesday. While the club carries a 3-1 lead into the match, the danger of away goals – and the nature of Concacaf matches in general – will mean that the CPL side takes nothing for granted heading into the game.