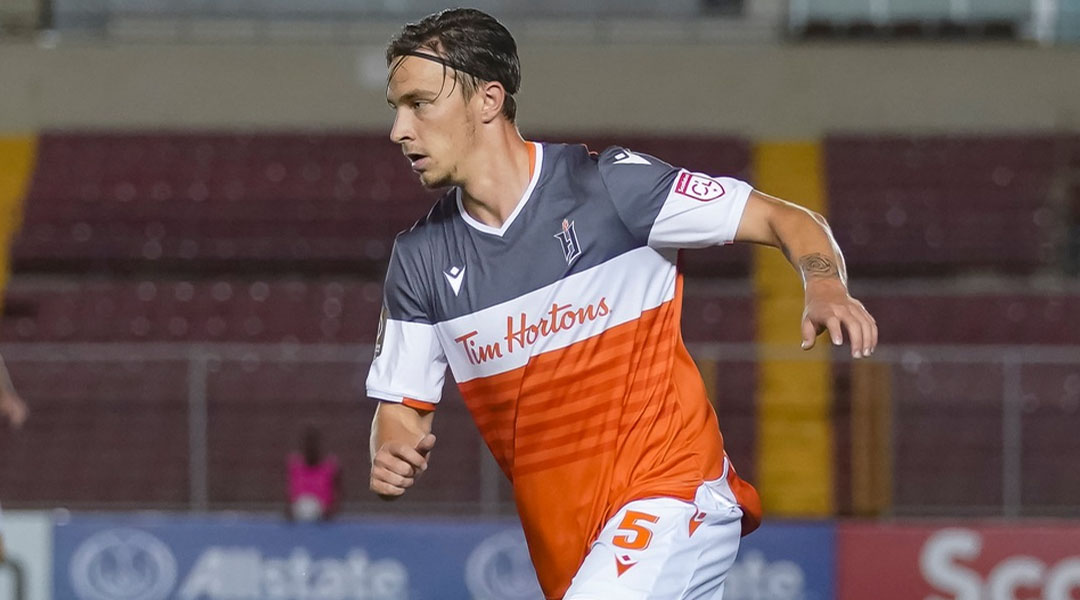 From Santo Domingo in the Dominican Republic, Forge FC battled out its Concacaf League quarter-final against Haitian opponents Arcahaie FC, but fell to a penalty shootout loss as their Haitian opponents secured themselves a comeback result.

A first half goal from Daniel Krutzen saw Forge FC look like they were in cruise control for Champions League qualification, but this momentum was cancelled out by a goalkeeping error from Triston Henry in the second half, with the reigning CPL champions eventually falling to a penalty shootout loss against their Haitian opponents.

With tonight’s loss, the club still progresses to a play-in match next week for another shot at Champions League qualification, but its current Concacaf League run is now over. The play-in match will take place next week.

Here’s how tonight’s match in the Dominican Republic went down:

Of note, tonight’s loss was due to be the final match for former Canada captain David Edgar, who will be hanging up his boots and shifting his focus to coaching after this year’s season. Now, he’s due to play one final match next week, be it win or lose.

The reigning Canadian Premier League champions probed immediately after kickoff, with David Choiniere nearly finding a back post tap-in and Dominic Samuel earning a freekick just outside the box in the match’s second minute.

The hammers came close again shortly after the ten minute mark, with Daniel Krutzen finding himself on the end of a curving set piece from Bekker. Krutzen’s head went wide this time, but the 24-year-old has proven deadly in the competition prior: he scored the stoppage time winner against Tauro last month, which was his second goal in the continental tournament.

As the first half unfolded, it became clear that the Haitian opponents were trying to absorb the Forge attack and shock them on the counter, with a few quick counter-attacks in the first half fizzling out without too much danger to Henry beyond forcing him into an energetic punch in the twenty-eighth minute.

The end of the first half saw the cards begin to flow, with Arcahaie FC collecting two within their defensive third as Forge built momentum. Edgar himself nearly connected with what would have been a venomous volley, with a freekick from Bekker moments later being punched away from the Arcahaie FC goalkeeper Guerry Romondt

A set piece from the Hamilton-based side then connected with former Toronto FC man Molham Babouli, who headed in a close-range effort before being flagged as offside. Moments later, Forge FC earned its best chance of the first half: Choiniere found himself tripped in the box by Hantz Anacius, with Krutzen stepping up to take the resulting penalty kick.

The Canadian fired his shot to the right, with Romondt guessing the right way – but it wasn’t enough to keep it out:

The go-ahead goal was Krutzen’s third in Concacaf League action, and his second from the penalty spot.

The second half got off to a fiery start with Arcahaie goalkeeper Romondt knocking down Grant just outside the box, though he escaped without a caution from the referee. The resulting freekick saw Krutzen clatter the crossbar with a well-struck hit.

Horror unfolded for golden glove winner Triston Henry as he took too long upon reception of a back pass, with his belated pass being blocked by 18-year-old Arcahaie forward Kervens Jolicoeur. The resulting block saw the ball fly into the Forge net, with the Haitian side equalizing in just their second attempt on target.

With the match twenty minutes away from penalties, Smyrniotis brought on Anthony Novak to replace Jonathan Grant in an effort to spark some new energy up front. Following that, the two-time CPL coach of the year nominee would also bring in Kadell Thomas for David Choiniere and Monti Mohsen for Paolo Sabak.

A goalkeeper error at the other end of the pitch nearly saw Forge FC regain possession with
Romondt out of position, but the Haitian team escaped unscathed from the incident.

Both teams were visibly tired at the end of regular time, with fans for either side unlikely to be content with their club’s performance. After seven minutes of added time, the referee blew the whistle: this match was going to penalties.

The Arcahaie FC goalkeeper pulled off back-to-back stops to set the tone in the penalty shootout, with Forge FC losing out 4-2 overall. Their Haitian opponents finished the tough match on a high note, and now progress to the semi-finals.

Tonight’s tough loss means that Forge FC will now compete in a Champions League play-in match next week, with their current Concacaf League run now coming to an end in the quarter-final stage. Despite what could have unfolded as a much better performance from the side, Forge FC has still represented Canada well overall in continental action: their first year as a club saw them reach the round of sixteen, with their second year now seeing them progress to the quarter-finals.

With one Forge FC staff member having tested positive for COVID-19 prior to the match, eyes will be closing watching the reigning CPL champions to ensure this play-in match can be safely conducted.