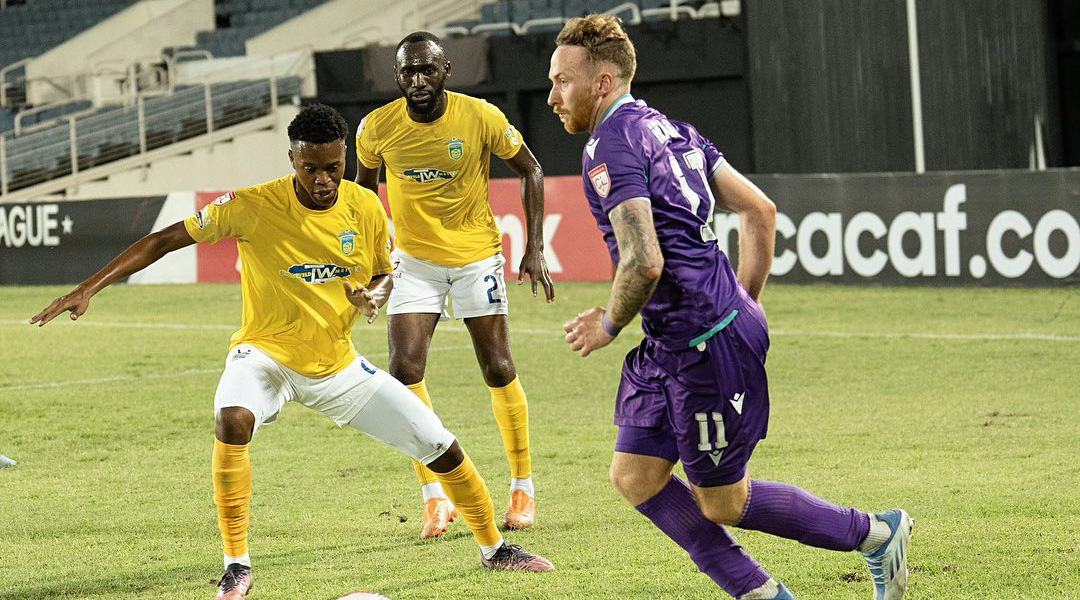 Reigning Canadian Premier League champions Pacific FC officially debuted on the continental stage, but are still awaiting their first goal in the competition after battling to a nil-nil draw tonight.

The Tridents will have another ninety minutes to etch out a win over Jamaican side Waterhouse FC during the club’s return leg at Starlight Stadium on August 2.

As the Concacaf theme warbled through the tonight’s cricket ground venue, the club’s long-awaited foray into continental action started positively: Gianni Dos Santos smartly sidestepped his defender on the left to launch in a cross that met Diaz uncontested, though the striker’s header flew high. It was just 25 seconds into PFC’s first continental match, and they had already procured an opportunity.

It was the Cape Verde international who would help win two quick corners for the visitors just minutes later, with Pacific’s positive moments coming in between some sloppy, nervy play from both sides.

A warning shot from Waterhouses’ Dernardo Thomas not long after foreshadowed the Jamaican side’s application of pressure, with the physical team then whiffing on two opportunities before forcing an astounding four corners in a row.

Pacific’s Callum Irving was forced into a one-on-one point blank save as the first half progressed, though both sides would keep the other off the scoresheet in the opening half.

The second half setting at Sabina Park saw both sides exchange chances, with Waterhouse having ought to have capitalized on a failed clearance in the 66th minute.

Moments later, it was substitute Djenairo Daniels who nearly proved an instant impact in the 69th minute, with the Dutch forward forcing Kemar Foster into a big stop moments after coming on.

Manny Aparicio would then make another footnote of club history, becoming the first Trident to earn a caution in continental competition.

Pacific looked to have procured a last-gasp winner from a last-gasp corner, but the referee deemed Amer Didic to have impeded the goalkeeper en route to getting the ball over the line.

While both sides certainly had the potential to score, the preliminary round matchup between Jamaica’s Waterhouse FC and Canada’s Pacific FC would instead end a fairly drab nil-nil draw, with everything left to play for in one week’s time.

Should Pacific FC progress beyond their Jamaican opposition – which wouldn’t be their first high-profile win at home – they’ll face a tough test against Costa Rican side CS Herediano in the Round of 16.

Tonight’s match saw Pacific FC make history as just the second CPL team to feature in continental competition, with two-time league champions Forge FC having been the only prior continental representatives of the young Canadian league.

The Whitecaps Interest In Lowell Wright Is Real