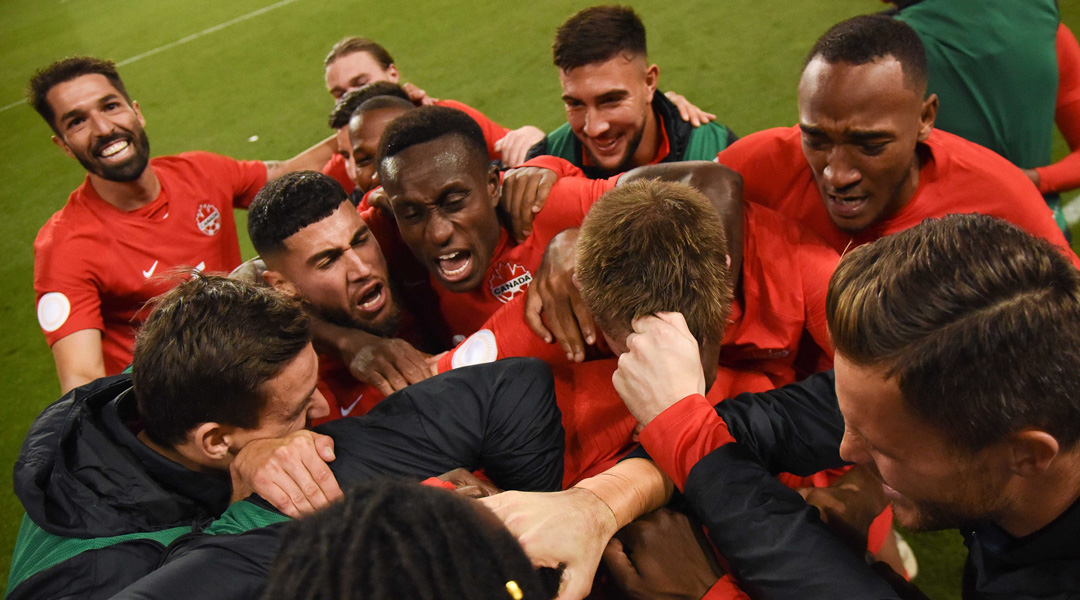 Canadian fans have been preaching it for the last few years: the Canadian national team has beckoned in a new generation of players, with the likes of Alphonso Davies (Bayern Munich), Lucas Cavallini (Puebla), and Jonathan David (Gent) spearheading a razor sharp attack that ought to be dangerous to even top-tier national teams.

Still, it wasn’t all trending upwards for Canada: while the attacking line has delivered goals, the squad’s defence has continually leaked them. After a shock loss to Haiti in the Gold Cup earlier this year, national team head coach John Herdman paid the price for experimenting with things like deploying Davies as a left-back. He took these lessons with him into his toughest match yet, a crucial CONCACAF Nations League bout against the USA.


With Les Rouges’ road to the World Cup having changed drastically after a whimsical CONCACAF alteration meant that Canada now had to aim for the Hex if it was to avoid a long, convoluted process that didn’t bode well for nation, the general consensus was that Canada needed a result at BMO Field last night. Herdman shared this ambition, putting forth a tone that implied that Canada was ready to bring the game to its southern neighbours who have, historically, held a consistent upper hand: the US hadn’t lost to Canada in 34 years, after all.

The group of Canucks who took to the pitch last night were filled with a strong desire to win, and it was apparent right from the get-go: Canada wasn’t settling back and inviting pressure. The team pushed forward deep into the US half, with goalkeeper Milan Borjan occasionally as far up as the half-way line. A ball from Jonathan David rolled an inch wide of the US goalpost in the first half, but it just made the Voyageurs in the stands cheer louder – the atmosphere was palpable. The fans were watching a young Canadian team control the game and dictate the tempo with consistency. The hunger was there, but with Canada pushing upwards so heavily it would only take one wayward pass to give the likes of Pulisic a golden opportunity to put the US in front.


Instead, Canada’s unrelenting pressure paid off in the second half when current Toronto FC captain and USMNT member Michael Bradley lost the ball under pressure. A half-hearted clearance saw it drop right to Rangers man Scott Arfield, who snuck in a low cross that found Bayern Munich youngster Alphonso Davies at the far post. He slid in to bury it, giving the underdogs a 1-0 lead and causing the stadium to go berserk.

Of course, fans who have been watching Canada long enough likely didn’t feel safe even then: when it comes to playing against the USA, history had a knack for having difficulties pop up late in the game to take away the win. This time, however, things went further in Canada’s favour as added time arrived: Brampton-born midfielder Jonathan Osorio looped in a ball to Lucas Cavallini, who promptly fired home a shot to seal the deal: Canada was taking the win against its southern neighbours.

It was a win Herdman was always adamant was on the cards, and it was a win where his earlier tactical faults had allowed him to hone in on a system that works. After a flawless start, Canada now tops CONCACAF Nations League Group A with three straight wins, with the USA in second (having only played twice, with one loss) and Cuba third (three straight losses).

While Herdman made waves by calling up another Canadian Premier League player in FC Edmonton’s Amer Didic, he opted to field a backline of Kamal Miller, Derek Cornelius, Steven Vitoria, and Richie Laryea, who proved capable of patient buildup and a high-pressing mentality against their Rank 21 neighbours (Canada is 75th). The midfield consisted of Scott Arfield, Samuel Piette, Jonathan Osorio and Mark Anthony-Kaye (who was replaced by Liam Fraser shortly into the game), with Davies and David leading the attack.


The result means that – for now – Canada appears to have broken into the infamous Hex, standing at some 1,340 FIFA points, putting it an inkling ahead of now-seventh-place El Salvador (1,336). Of course, there are still many more games to go before one’s place in The Hex grants them a path to the 2022 World Cup, but this was a big step in the right direction for Canada. It’s one that was 34 years in the making, and anyone in attendance at BMO Field felt that last night.

Canada will travel south to play the USA at Exploria Stadium on November 15, and after last night’s performance the next bout is sure to be a fiery one – especially with American pundits heaping blame on USMNT head coach Gregg Berhalter, who will be feeling the pressure to win next month.

The game will be available to stream via OneSoccer, who will continue to provide pre-and-post game analysis.