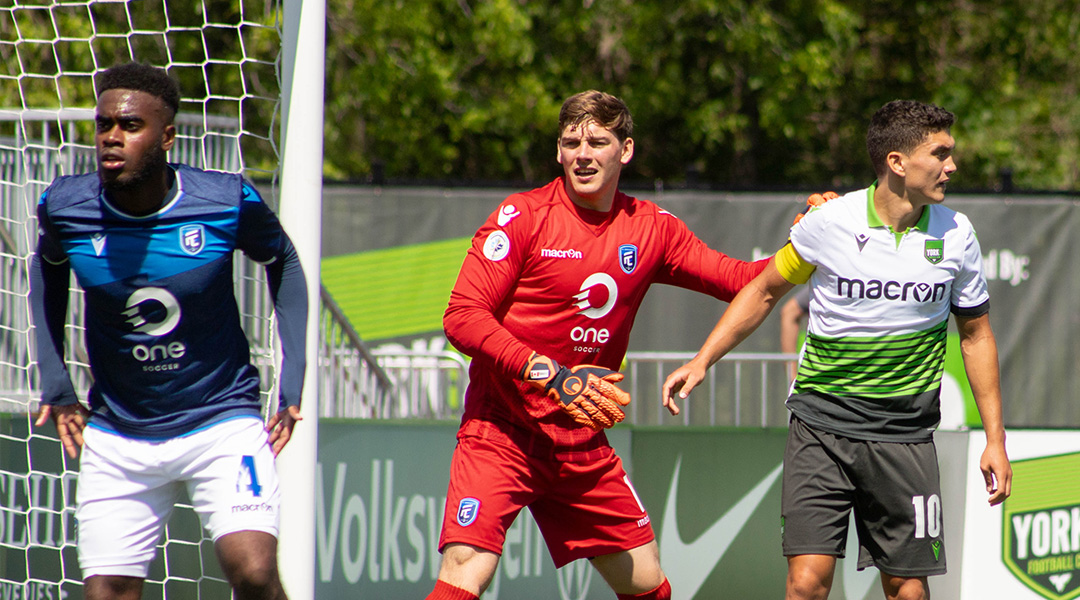 FC Edmonton has seen a drastic turn of form in the last month of action: the club went from a long-winded goal drought to a series of wins thanks to the rediscovery of its goalscoring form, but despite the hot streak, the Eddies recently fell to a 2-1 away loss to York9 FC.

According to Eddies goalkeeper Connor James, that’s just the way the league goes: there’s a lot of parity.

I think that every team, all seven of us, are teams that can beat any other team on any given day. I think that today is a testament to that, not at all disrespecting York, but you look at the run that we’ve had over the last little while and I think that we’ve been playing well, and then we lose it today, which is just the way that the league goes, unfortunately – it’s a lot of parity.

James has a point: while the Canadian Premier League doesn’t have any transparency involving its salary caps or individual player wages, each club is operating with the same ceiling space when it comes things like wages and league support for housing and travel costs, and this begets parity. When the spring season was nearing its completion, four out of seven CPL teams had the same amount of points.

That being said, James is still confident that FC Edmonton can book itself a place in the Canadian Premier League Championship by performing well this fall season. When asked if he believed that his club could keep up with the likes of Forge FC and Cavalry FC – who ran away at the top of the spring season table – he was adamant that the Eddies could do so:

Yeah, I think if I didn’t think that then I wouldn’t be here. I think that it’s something that every player on this team believes, and the coaching staff as well. I think that our goal coming in to the season was always to try to push for the championship game, and not just be appearing in it, but winning it. I think that if you come in to the season saying ‘hey we’re here to play’, not ‘hey we’re here to win’ and try to compete for that championship, then you’re not going to do well in the league. I for sure think we’re a team that can compete with anybody in this league, but that being said I don’t think that you should narrow it down to just the Forges and the Cavalrys of the league.

The 22-year-old Edmonton-born goalkeeper has made 12 appearances for the Eddies so far after being selected in the first round of the CPL U-Sports Draft. While this weekend’s game didn’t go as he hoped, the FC Edmonton academy product states that the recent loss won’t change the mentality of the FC Edmonton players.

We didn’t quite get the result today, but I can tell you that it’s not going to change anything about how we approach the next 16 games in the season.

After faltering for most of the spring season, FC Edmonton will need to prove that the club’s recent winning streak wasn’t just a fluke. A midweek game against Valour FC, who finished bottom of the spring season table and recently parted ways with striker Stephen Hoyle, provides what may be the best opportunity for the Eddies to return to winning form.

Still, as James said, any side can beat another on any given day – though Eddies fans will be hoping that the 22-year-old goalkeeper helps to tip the odds in their favour. James has four clean sheets to his name so far, and has accumulated the second-highest save count of the league with 35 after 12 games played. As one of the league’s best-performing shotstoppers, if anyone can make a difference for the Eddies, it just may be him – if not a secret analyst.