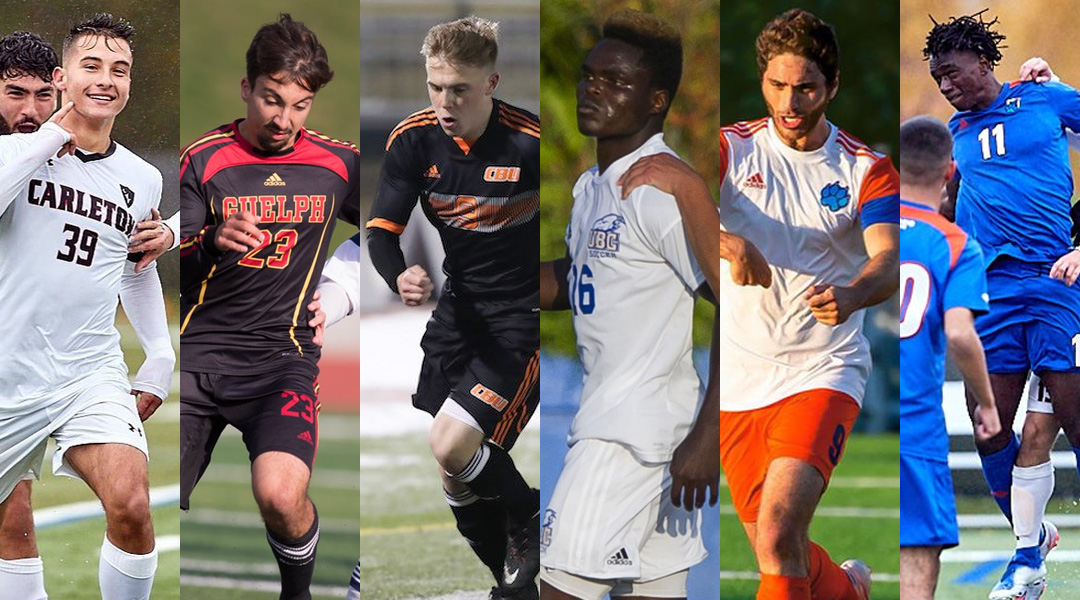 Now that the inaugural Canadian Premier League season has concluded, the time has come for all seven clubs to turn their focus onto the 2020 season. It may seem a bit early for such visions at face value, but it’s a necessary move: with the CPL U-SPORTS draft taking place next week, head coaches will need to have a game plan in mind sooner rather than later.

The inaugural draft saw players like Peter Schaale and Jace Kotsopoulos leave a good mark on the league before returning to their post-secondary studies, while fifth-year players like Daniel Gogarty, Connor James, and Joel Waterman stayed in the league on pro contracts. This time around, graduating students won’t be part of the draft.

Without further ado, let’s take a look at six potential CPL-U SPORTS draft picks that have been banging in goals and assists all throughout the U SPORTS season:

Recording an astounding 8 goals and 16 assists in just 13 games, Alex Zis has been an absolute powerhouse for the Guelph Gryphons this season. The five-foot-seven midfielder may be diminutive in stature, but he’s casting a large shadow over all of his OAU competition: he’s first in assists, fourth for goals, and has ensured that a solid 66% of his shots were on target.

This is far from the first time Zis has made waves: in 2016, he helped the Guelph Gryphons to their first OUA title in 26 years, trouncing two-time defending champions York Lions and earning himself accolades as the championship game MVP.


He then went to the University of South Florida, where he recorded 9 goals and 9 assists in 29 appearances across two seasons. His return to Guelph this year, however, is where he’s really come into his own – and playing alongside former Forge FC draft pick Jace Kotsopoulos, you just know he’s aware that a professional career is on the cards.

Ziss has indicated to Northern Tribune that he’d be interested in pursuing an opportunity in the Canadian Premier League, which he states is a great addition for young professional domestic players. Expect him to be a first round pick.

2019 has been a banner year for Karajovanovic, who just bagged a brace in the OUA finals to break the York Lions winning streak of two championships (and 52 games) held by York9 FC assistant coach Carmine Isacco. Stefan finished the season with eight goals from twelve appearances, half of those being game-winning contributions.

The 20-year-old striker also spent time with PLSQ side AS Blainville this year, participating in the club’s journey to its third-straight league title. Karajovanovic states that he’s hoping to carve out a professional career for himself, so he’s certainly interested in the CPL U-SPORTS draft – and it wouldn’t be surprising to hear if any seven of the Canadian Premier League clubs are interested in him, too.

It remains to be seen if Cavalry FC draft pick Gabriel Bitar will have had any influence on where Stefan would like to go.

Eleven games, eleven goals, and six assists: Charlie Waters has had a great year with the Cape Breton Capers, leading the side to its fourth-ever AUS Men’s Soccer championship.


He collected AUS rookie of the year and first-team all-star honours in his debut season in 2017, but missed 2018 entirely after being sidelined with a torn ACL. Looking at how his 2019 comeback season has been, he’ll likely collect some new honours from his AUS action this year, too.

Given that the Blackpool-born striker current calls Nova Scotia his home, he’d be an ideal pickup for the likes of the Halifax Wanderers – especially with Peter Schaale, one of Waters’ teammates, spending this season with him at the Capers. He’s confirmed that he’s quite interested in CPL, and while it’s appealing that the Wanderers are close to CBU, his focus for now is solely on getting the Capers a nationals title before the draft.

If a Canadian Premier League side is looking for a young out-and-out goalscorer, it’s hard not to take a good look at 21-year-old striker Fadi Salback. He’s the top OUA goalscorer of 2019, contributing an immense sixteen goals in fourteen appearances for an Ontario Tech (or UOIT, if you rather) side which came fourth in the OUA East.


Salback also made a few appearances for CSL side FC Vorkuta, where he scored four goals in his debut match for the club’s Division 2 side. He was quickly promoted to the top division team, where he contributed six goals in five appearances.

Prior to his jump over to to U SPORTS action, Ajala-Alexis played with USL2 side SC United Bantams this summer. He had also previously played NCAA football with Walsh University, leading the team in terms of goals scored and assists come the end of 2018.

Ajala-Alexis will be a familiar name to League1 Ontario fans, and with good reason: he played for reigning champions Master’s Futbol Academy from 2014-2016, having trialed with the Wolverhampton Wanderers U-16 squad in 2015 and Derby County in 2017.

At 20 years old, Ajala-Alexis looks like a good pickup for any CPL side that needs a dynamic player capable of playing as both a striker or an attacking midfielder.

UBC Thundertops top goalscorer Victory Shumbusho has recorded some eleven goals and one assist in a 2019 U SPORTS season that will see the former Vancouver Whitecaps Residency member be in the running for national honours at the U SPORTS Men’s Soccer Championship.

The 21-year-old isn’t shy in big games, either: a goal and an assist from Shumbusho recently helped the Thunderbirds to the team’s third-straight Canada West Championship title.

Prior to his third year with Thunderbirds, the former 2017 Canada West Rookie Of The Year also spent time with USL2 side Victoria Highlanders, aiding them to a fourth-place finish in the Northwest Division. He’s also confirmed that he’s interested in the draft.


This year’s iteration of the CPL-U SPORTS draft will only feature two rounds, though it’s worth noting that the third round of the first-ever draft brought in the likes of Easton Ongaro and Christian Oxner, both of whom successfully fought their way to becoming mainstays at their respective clubs.

Of course, not every club will be searching for attacking-oriented players: last year, both drafted goalkeepers performed well, while three of the six selected defenders got considerable minutes throughout the year.

Teams aren’t allowed to trade their spots in the draft, which will go in the form of a snake draft. That means that the order in which clubs select players in the first round will be reversed in the second. The CPL hasn’t revealed the draft order of the teams yet.

Whatever order the 2019 CPL-U SPORTS draft ends up being in, the above six players have a lot to offer any Canadian Premier league club who opts to give them a chance. Of course, being selected in the CPL-U SPORTS draft doesn’t mean a guaranteed contract: it’s simply an invitation to trial with the CPL club itself.