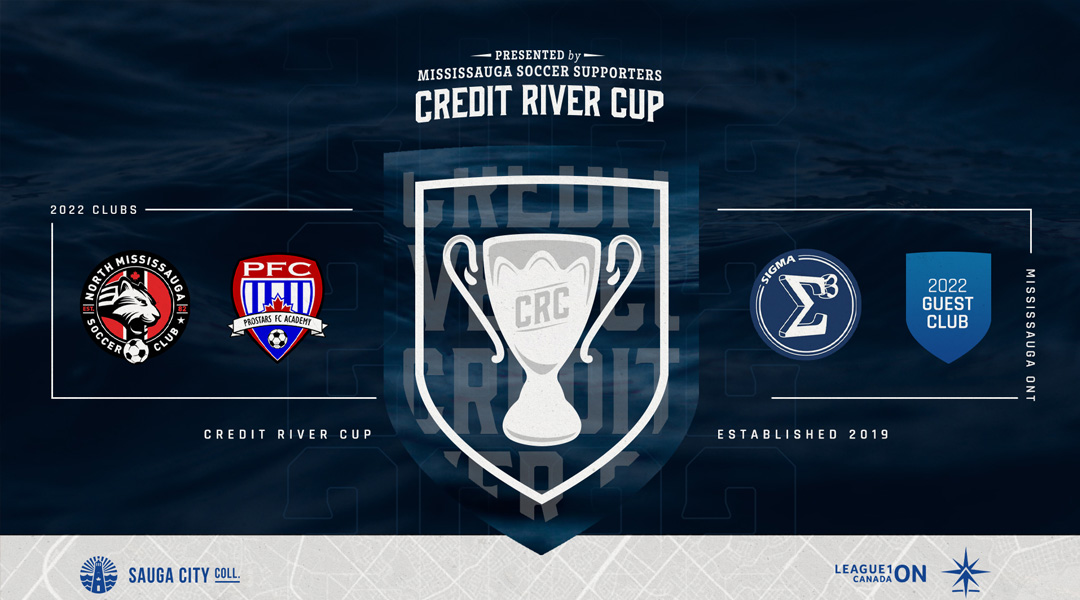 The Credit River Cup is back in full swing for the 2022 League1 Ontario season, and this year it’ll feature new-fledged heavyweight Simcoe County Rovers as a guest entrant.

The organizing group behind the fan-made cup made had recently teased that a guest club would be slotting in alongside North Mississauga SC, ProStars FC, and Sigma FC this year, with the Rovers being announced as that guest this morning.

The 2019 League1 Ontario season saw the inaugural Credit River Cup awarded to North Mississauga SC based on the club’s head-to-head league results against Sigma FC and ProStars FC. NMSC secured the cup in some style following a hat-trick from Adel Rahman.

After a one-year hiatus due to the COVID-19 pandemic, Sigma FC lift the cup in 2021 after a thrilling 4-1 decider for head-to-head results. What happens next in 2022 remains to be written, as does what will happen to the cup if clubs find themselves in different divisions.

More information about the cup’s community goals is expected to be released soon, especially now that the Credit River Cup is set for its largest year of competition yet.

The Credit River Cup is named after the river that flows through the Peel Region, connecting its cities and towns together. The name Mississauga itself is derived from the Anishinaabe word for ‘those at the great river mouth’.

Here’s How To Stream League1 BC Games