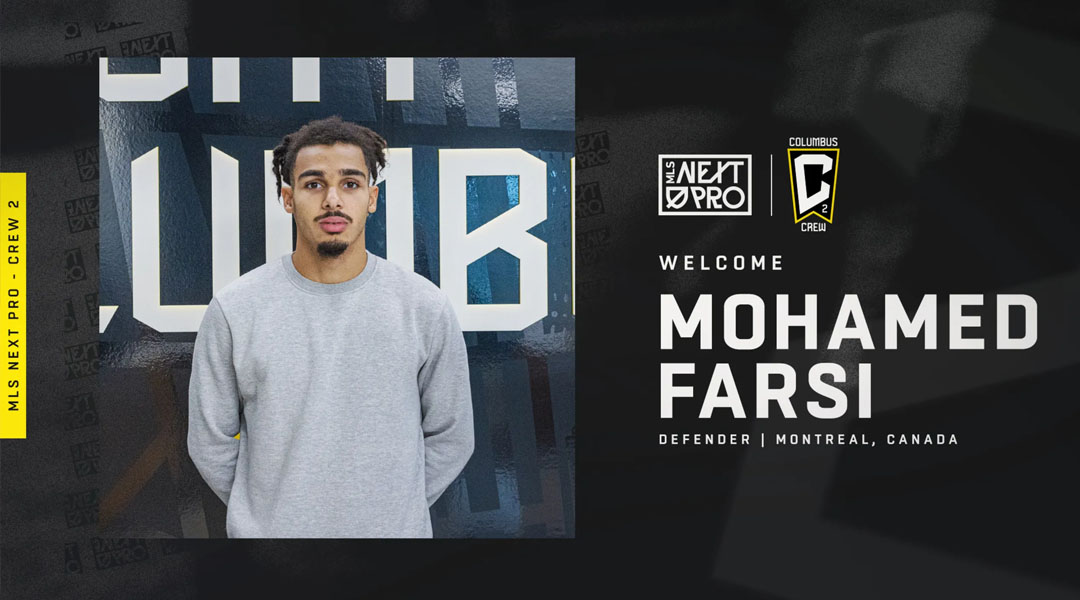 We knew it was coming for over two months, and now it’s finally official: the Columbus Crew 2 has signed former Cavalry star Mohamed Farsi.

The 22-year-old arrives to Ohio after a career breakthrough in the Canadian Premier League. The former futsal athlete followed an unassuming arrival with Cavalry FC to put in a U-21 Canadian Player of the Year caliber campaign in 2020, eventually going on to make 38 appearances for the club across two individually superb seasons.

The attack-minded right-back scored once across each campaign as head coach Tommy Wheeldon Jr. helped him transform into a potent attacker, with Farsi even scoring the El Jimador Shot of the Year in 2020:

The Alberta-based side had hoped to keep ahold of the young full-back, but Farsi couldn’t be swayed to stay: after turning down multiple contract offers, the youngster booked an MLS Next PRO opportunity several months ago that took some time to come to light.

The newly-minted affiliate side of Major League Soccer’s Columbus Crew will kick off its inaugural campaign on March 26, with Crew GM Tim Bezbatchenko keen to utilize the side as a direct player pathway up to the club’s senior team.