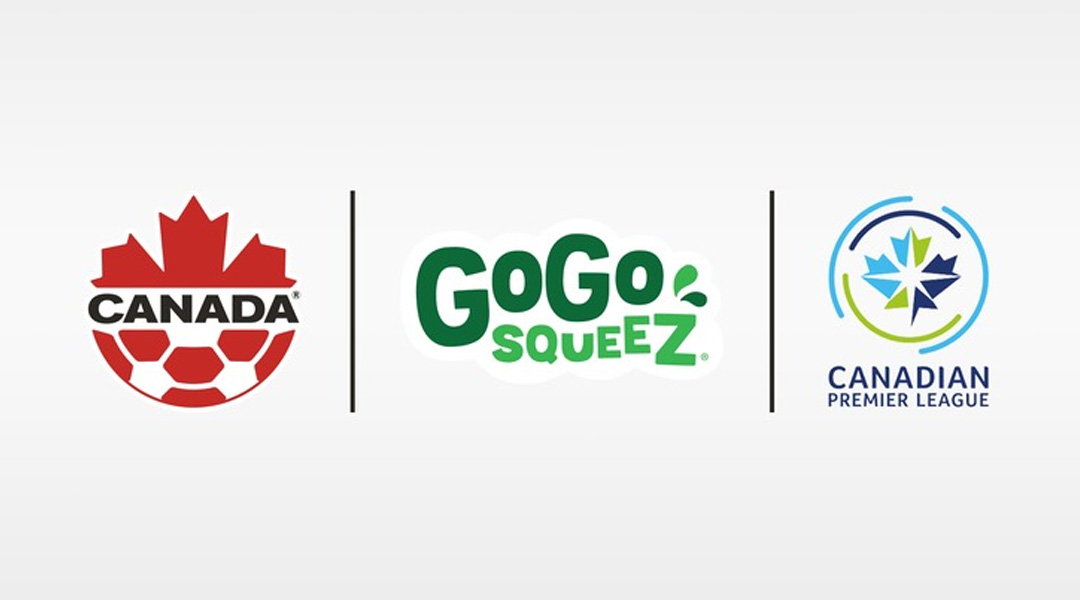 The partnership is the second to arrive in recent months, with food and beverage company Oat Canada signing on as the official plant protein partner for Canada Soccer last month.

Fans can expect to see the fruit pouch producer run brand activations at all eight Canadian Premier League clubs whilst also featuring at national team games, too. The company will also become an official partner of Canada Soccer’s Active Start Soccer Fests and the Toyota National Championship, where it will distribute fruit snacks and swag to event attendees.

The newly-minted partnership will kick off with Canada Soccer’s upcoming matches in the January international window.

We are proud to partner with GoGo squeeZ and welcome them as the Official Fruit Snack partner of Canada Soccer’s National Teams. With the sport on the rise across our country, adding valued partners such as GoGo squeeZ will serve to help contribute and elevate our continued growth. It is an incredibly exciting time for soccer, and we look forward to collaborating with GoGo squeeZ to positively impact the Canadian soccer community from coast-to-coast-to-coast.

The fruit pouch brand is owned by Materne Canada, which itself is a subsidiary of the MOM group. It produces fruit pouches using ingredients source from both Canada and the USA, with products produced in the latter.

Much like the league’s partnerships with Oat Canada and HelloFresh, the partnership will also feature original content and editorial on CanPL channels, which means we’ll likely see some CPL athletes sipping fruit pouches next season.

We are pleased to partner with GoGo squeeZ as the Official Fruit Snack Partner of the Canadian Premier League. Supporting young athletes to live an active and healthy lifestyle is an important element of player wellness, and we are looking forward to working with GoGo squeeZ to ensure this message reaches as many young Canadians as possible.

The last calendar year also saw the introduction of ComeOn!, who became the official kit sponsor of Atletico Ottawa. Overall, it’s good to see that Canada Soccer Business is capitalizing on the explosive growth of the men’s and women’s national teams, with the Canadian Premier League continuing to make expansion announcements, too.

The length of the multi-year deal was not disclosed by Canada Soccer Business.

Attardo Loaned To US Granville