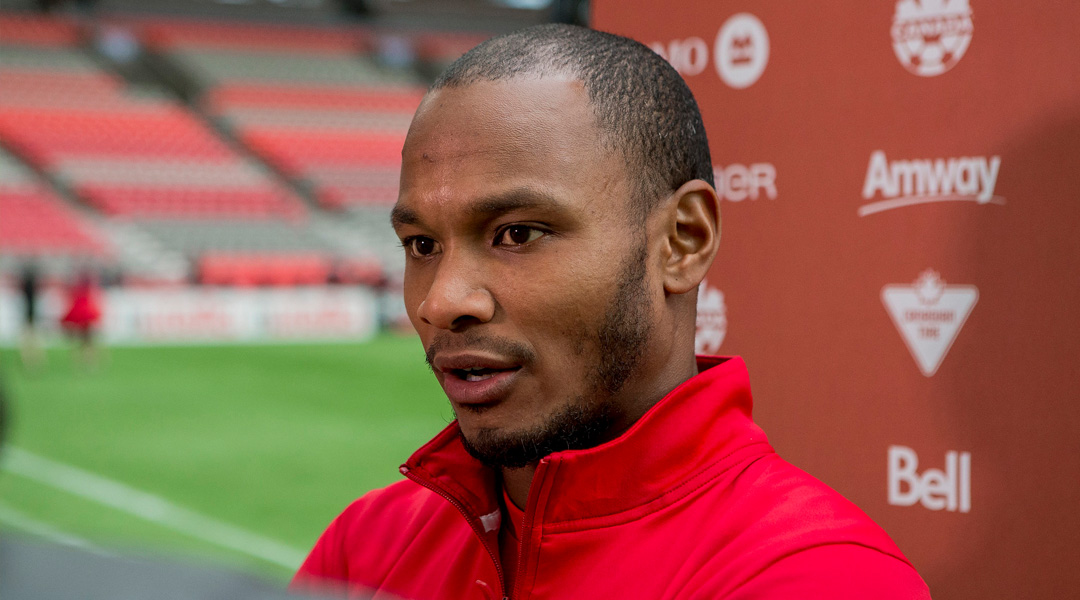 Former Canadian international Julian de Guzman hasn’t just seen the growth of Canada’s football culture: he’s played a large part in it. The 38-year-old Ottawa Fury general manager made 89 caps for the national team, played for both TFC and Ottawa Fury, and helped develop his USL club into strong playoff contenders that boasts a variety of Canadians on its roster.

Even though the club has stated that it will still be operating in the USL next year (assuming that CONCACAF doesn’t attempt to remove sanctioning), Canadian Premier League commissioner David Clanachan is still doing what he can to convince the club to jump over to Canada’s only domestic professional league. He says that the CPL needs to be in Ottawa, and this week he continued to extend an olive branch to the Ottawa Sports and Entertainment Group regarding the Ottawa-based club.


For Julian de Guzman, however, the timing doesn’t seem right. The club is flying high in the USL Championship after establishing a stable and successful business model, and has retained its reservations about jumping over to a comparative unknown. Here’s what he had to say in an earlier french-based interview with Le Droit:

We are excited to see where we are now. We worked very hard to get there and we had to overcome many obstacles. Discussions with the CPL will continue. For now, we are demonstrating that we can compete at the USL level. We want to focus our efforts to establish ourselves in this league. There are still many unanswered questions about the CPL. It’s still their first year. We have moved from one league to another once before and we want stability. It is difficult to build a successful team by making risky decisions

While the Ottawa Fury would fit in middle-of-the-pack in terms of attendance when compared to the CPL, there are other large differences to consider, with roster rules and salary caps being a large one. Clanachan had earlier offered to make an exception for the Fury if it came aboard, but it’s not known for how long the club could operate outside of the CPL’s salary and roster rules – or what the seven other CPL clubs would think about such an arrangement.

The CPL requires that clubs play a majority of Canadians (at least six in the starting eleven), and that’s something that Ottawa Fury typically doesn’t do. It’s a system that has led the likes of Carmine Isacco to call on clubs like TFC to loan their young domestic talent to the CPL instead, which has a larger incentive to play domestic youth. In fact, it’s a league requirement: each 23-man roster must have at least three domestic U-21 players, and they must rack up 1,000 minutes of cumulative playtime each year.

The travelling contingent of Halifax Fans during the USL club’s midweek Voyageurs Cup tie against the Wanderers was also something not typically seen at TD Place Stadium: after all, it’s easier to travel to Ottawa from Halifax than it is from Memphis. Forge FC co-founder Bob Young stated that if the CPL was to survive, it would need to develop natural rivalries – and that’s something much easier to do when every club is on the same side of the border. It also helps keep operational costs down.

For now, however, it looks like Clanachan will need to secure his eighth team outside of the nation’s capital. He’s looking to add at least one more club ahead of the 2020 season, though there are multiple ownership groups that have gone ahead of the pack in terms of preparedness.


Still, with Julian de Guzman taking care to indicate that discussions with the Canadian Premier League will continue, the possibility of the Ottawa Fury joining the domestic league in the future is certainly still on the cards – provided the burgeoning league proves itself a stable entity.

After dispatching CPL opposition earlier this week, the Ottawa Fury will now take on Toronto FC in the Canadian Championship semi-finals this August, and Julian is excited about having three different leagues represented at that stage in the tournament. He stated that a final between a USL team and a CPL team would be a historic event, and in that he’s certainly not wrong – the non-MLS clubs have all put in a good showing in the tournament’s largest form yet, which marks a night-and-day difference to the early days of a three-team Canadian Championship back in 2008.

To even be having the discussion we are today, we’ve come a long way.