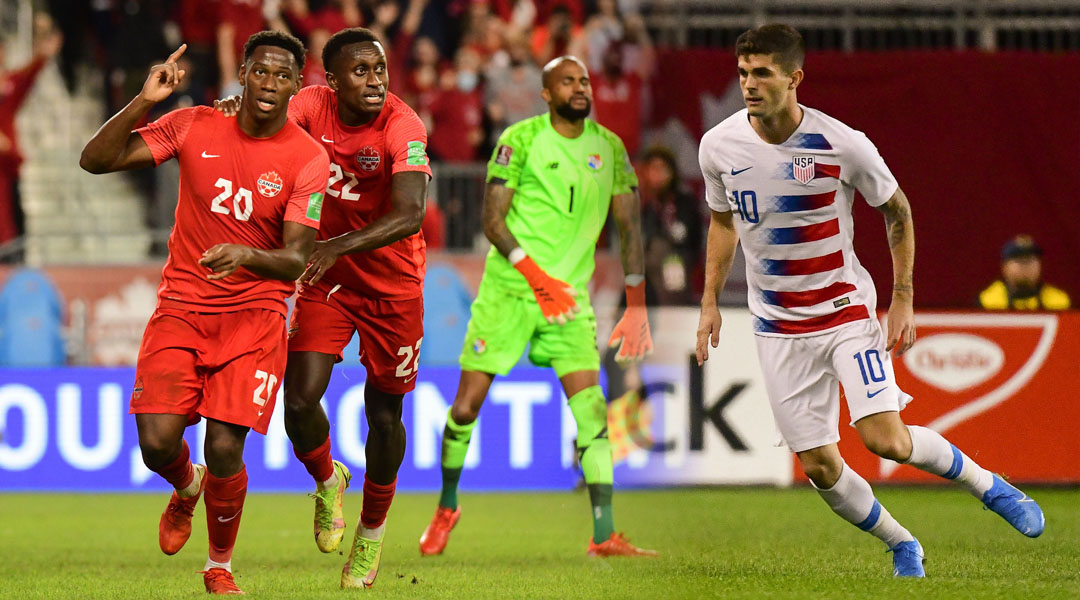 Delaney: Potential Does Not Equate Talent

If you roam the cesspool that is Twitter, you may have seen something along the lines of “We have more players in the top 5 leagues, therefore, we are better than you.” Now, I’m not calling out any national team fans in particular (yet), but just take my word for it, there are a ton of them out there.

Despite these players being contracted to a team in a top five league, they do not see the field nearly as often as their Canadian counterparts in “the bush leagues” that are Major League Soccer, Belgium, or Portugal.

In fact, a young player moving to a top five league may hinder their development more than staying in Major League Soccer. Here are a few reasons why:

If I ask you the question: “Who is the better player, Christian Pulisic or Jonathan David”, some readers may say Pulisic. While this is an opinion-based question, I believe Pulisic to be the incorrect answer.

Just because Pulisic plays for the more established club (Chelsea), that doesn’t mean he’s better, for several reasons. For this section, we’ll be focusing on the minutes. On Lille, Jonathan David is their key player and he only trails behind Ben Yedder for the league lead in goals.

That begs the question, if a player is at a reputable club, but isn’t getting minutes, does it help or hinder their national team? I say it hurts. Pulisic is a phenomenal talent, but comparing his potential when he was at Dortmund to the player he is now, it’s quite fair to say he’s dropped off significantly.

Potential does not equate to talent.

Take Alistair Johnston, for example. The young defender has come out of nowhere and now features regularly in his national team. It was assumed that the 23-year-old would move to a European club due to his immense potential, but he was traded to CF Montreal in December of 2021.

Does that mean that the young man lacks potential because of the league he plays in? Absolutely not, in fact, we saw how good he is defensively when he snuffed out any attack Pulisic attempted in a 2-0 Canadian win.

It’s likely that Johnston is good enough to play in a top five league, but would he be a regular starter? It would be debatable. At 23 years of age, the young defender will continue to develop his game in the MLS before making that move to a top 5 league.

Does that mean he sucks? No way.

In a sense, America really is the centre of the world. Whether that is a good or bad thing is up to you to decide, however, they are the one true superpower on the globe. With a population nearing 330 million, it makes sense for big top 5 clubs such as Chelsea, PSG, Dortmund, Juventus, and Barcelona to buy an American player just to market them to an American population.

Now contrast that with Canada which has a population of 38 million. Until both Alphonso Davies and Jonathan David started to play at a high level, no big team was scouting the Canadian region, hence why David went to Gent before the move to Lille. In fact, Bayern bought Alphonso Davies solely because he showed world class talent. While the nation isn’t traditionally known as a powerhouse in football, big teams never saw a reason to try to market the game in Canada.

Developing at a big club in Europe isn’t bad.

Take Zachary Brault-Guillard (ZBG) for example. The 23-year-old defender currently plays for CF Montreal and is a key player for them. He has also been capped six times by Canada, including in their latest game against El Salvador. However, what you may not know is that Brault-Guillard was developed at Olympique Lyon, a French side that plays in European competition quite often.

Despite never playing a second for Lyon, ZBG was able to develop his game to be a key player in a good league (MLS) as well as seeing minutes for Canada. Moreover, the 23-year-old was linked to Brondby in Denmark as well as Hearts of Midlothian in Scotland, two clubs that could potentially see European action next season.

Come summer time, he is one of the many Canadian MLS players that may move overseas due to Canada’s increased reputation.

While the United States has a bunch of men’s players that could develop into world class players, it’s important to remember that players regularly fall short of their potential. Especially if they aren’t getting minutes. While a big move to Barcelona may seem great, it could stifle development quite a lot (Ballou Tabla, for example). Either way, a Canadian playing in the MLS is not a bad thing like many USMNT fans suggest, because our guys are getting minutes.