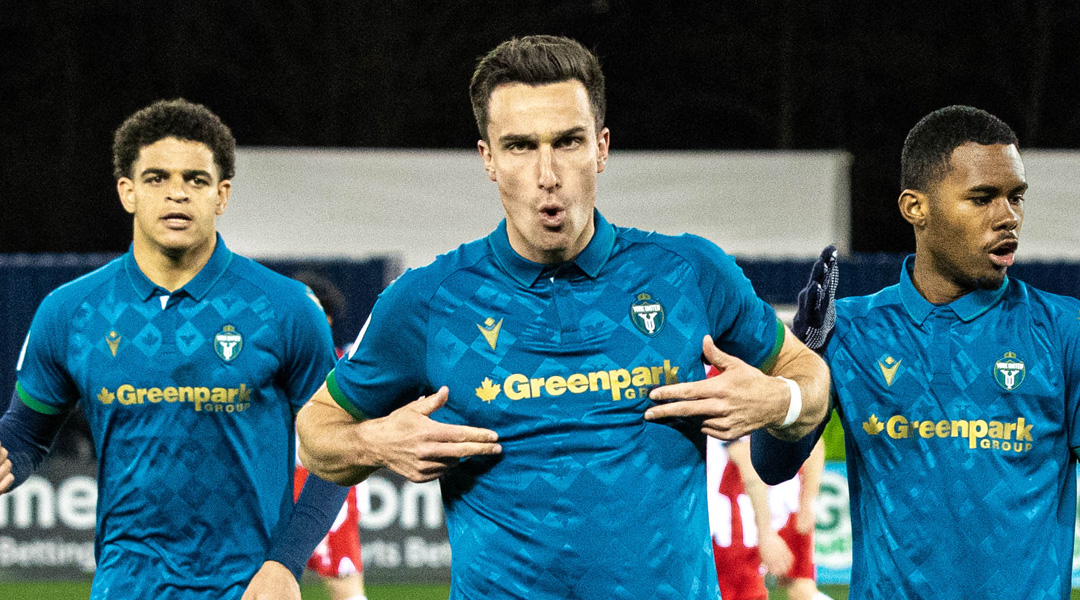 York United will be stepping into the 2023 Canadian Premier League season without key defender Dominick Zator, with the out-of-contract defender now set for a move to Poland.

The move was announced by Nine Stripes goalkeeper Niko Giantsopoulos on the Footy First show, who clarified that the move was made in an effort to break into Canadian national team setup.

Zator, 28, had made 58 appearances for the Nine Stripes since arriving from Cavalry in 2021. At both clubs, he proved to be a crucial element offering plenty on both ends of the pitch.

He now departs after cementing himself as a leading centre-back at the CPL level with a strong physical presence, plenty of dueling success and, as CPL fans know, a hefty aerial ability and a surprisingly sharp shooting boot, too.

The 28-year-old underwent a quiet trial in Poland following the conclusion of the 2022 CPL season, evidently impressing at his next destination. His interest in European football has been no secret, with the six-foot-two centre-back having previously spent time with Vasalunds IF on loan after coming close to a Championship move a year before that.

Zator has Polish heritage and will leave big shoes to fill at York Lions Stadium, especially with Isaiah Johnston looking more likely to move MLS Next Pro, while out-of-contract right-back Chrisnovic N’sa may be departing, too.

Zator will depart Canadian Premier League pastures after making 105 combined appearances for York United and Cavalry, with this past season seeing him featuring in every possible match for the Nine Stripes. He also earned a defender of the year nomination after leading the league in blocks and the other nominees in recoveries.

The Calgary-born defender is also one of a select few CPL athletes to receive a call-up to the Canadian national team while playing in Canada’s top flight.

The Nine Stripes currently have defenders Eduardo Jess and Tass Mourdoukoutas on gauranteed deals through 2023, with Roger Thompson entering an option year.