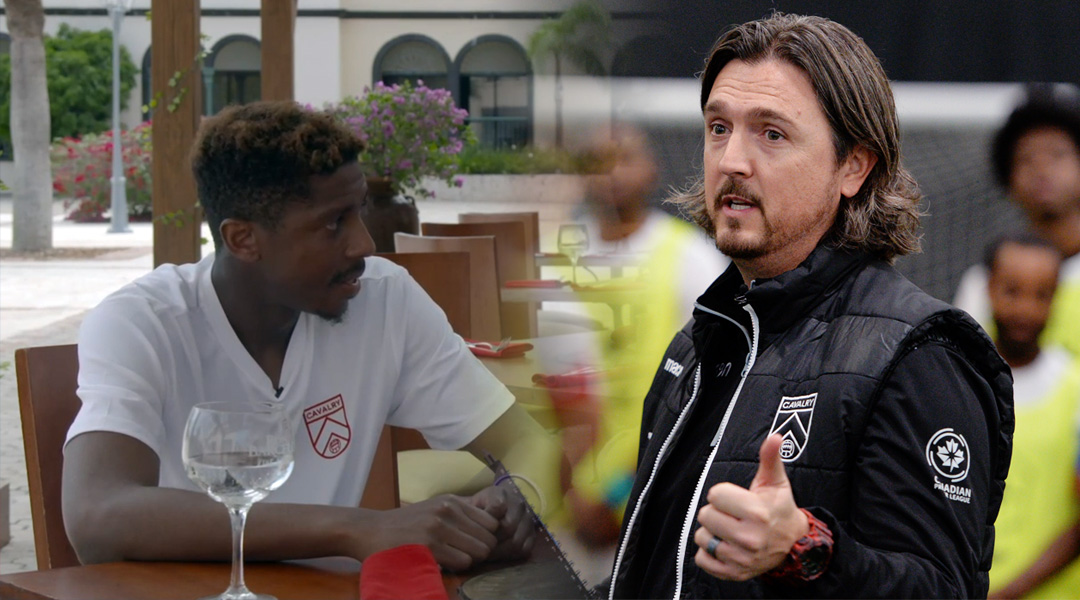 In an era when clubs are doing all they can to sell players a vision, Cavalry FC head boss Tommy Wheeldon Jr. took it upon himself to chat directly with Congo international Dominique Malonga. There was no Toronto FC-style wine and dinner in Italy, or the delivery of a branded iPad full of hype for the club – just a manager selling his vision to a player.

He was immediately intrigued by Canada, he said, but it was Cavalry FC Manager Tommy Wheeldon Jr. making a FaceTime call that really convinced the Congo international that Calgary was a good place to call home:

Tommy, the boss, he called me – he wanted to see me on FaceTime, so we spoke on FaceTime. Unbelievable. The impact he had on me pushed me to come here. He knew everything about me, and he spoke with the coach I had before. The coach said I’m a laid-back dude, and it was really good for me. That’s important for me, for someone to know me – who I am. He knows what I can bring to the team, so I’m really happy about that part. I think Tommy is a good boss. He wants to create something huge in Calgary, and I think we’ll start well.

For most of his career, Malonga has hopped clubs on a nearly annual basis. He was a youth product from AS Monaco who went through the legendary Clairefontaine academy, which produced the likes of Kylian Mbappe, Thierry Henry, and Medhi Benatia. Representing France until the U19 level, a career trajectory destined for the top never quite developed. Instead, Malonga became a journeyman, playing in Italy, Spain, Scotland, Switzerland, and Greece, mostly in the second division leagues of each country.

Malonga had most recently played in the Greek second division for Chania, where he scored a penalty on his debut back in October. He was unable to force himself as a regular there, however, making just 5 more appearances during his spell at the club.

It’ll be interesting to see how the Congolese international adapts to the Canadian game, but he seems to be very optimistic about life in Canada – the seventh country he’ll ply his trade in.