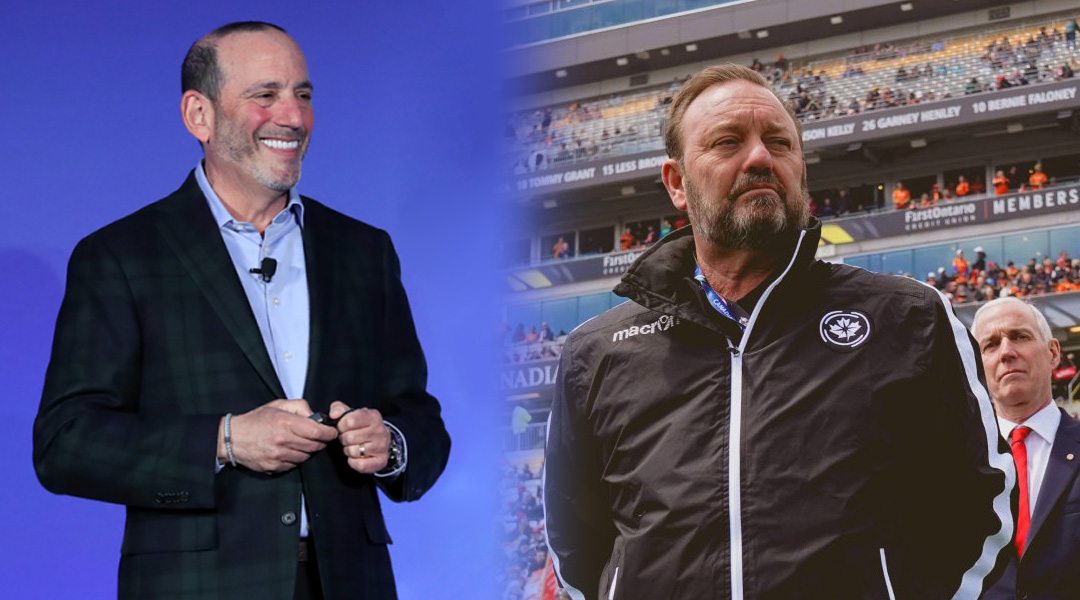 Major League Soccer commissioner Don Garber recently held a State Of The League address in which he fielded questions about everything from the player’s collective agreement to Major League Soccer’s relationship with its professional neighbours up north, the Canadian Premier League.

The question, which was asked by TVA Sports reporter Nicolas Martineau, prompted the commissioner to reveal that he ultimately doesn’t have a relationship with the CPL, but he expects one to grow in the future:

We have no relationship with the Canadian Premier League. Starting a new championship is very difficult, and for the moment, they have a lot to focus on. It will evolve in the future.

He also indicated that he wasn’t worried about CONCACAF forcing any of the three Canadian MLS sides to ply their trade in the Canadian Premier League, a subject likely broached due to the recent demise of the Ottawa Fury following a sanctioning issue.


The commissioner has been fairly quiet regarding the burgeoning Canadian league, last mentioning it back in September when he said that while he was excited about the development of the CPL, the CSA needed to figure out how to work with MLS clubs to better develop Canadian talent.

MLS sides have loaned out a total of four players to CPL clubs in the 2019 season: Toronto FC loaned Ryan Telfer to York9 FC, FC Cincinnati made two loans in Emery Welshman to Forge FC and Blake Smith to Pacific FC, and the Vancouver Whitecaps loaned David Norman Jr. to Pacific FC for a month-long loan before selling his rights to Inter Miami FC.


When the Canadian Premier League first established its identity, CPL commissioner David Clanachan made it clear that the tier one league in Canada wouldn’t field reserve teams for MLS sides or establish similar affiliations.

By chance, Clanachan also chimed in on the CPL’s relationship with MLS, stating that while the CPL has open discussions with the three Canadian MLS teams, he hasn’t had time to establish real communication his opposite number in Don Garber:

Given how many former academy players from the three MLS sides ended up finding a home in the Canadian Premier League, it’s no small wonder why the Major League Soccer sides are keen to keep an open dialogue – especially given that the newly-founded league has now directly contributed to no less than three domestic players getting national team call-ups.


Vancouver Whitecaps coach Marc Dos Santos even recently stated that he was eyeing a few CPL players as potential signings, and given how Ryan Telfer flourished with York9 FC it wouldn’t be surprising to see MLS sides consider more loans in the future.

Some fans fear the arrival of more MLS loanees will lead to a ‘reserve league’ type of system, though it’s hard to imagine too much negativity if the likes of TFC youngster Jacob Shaffelburg spent a season in the league getting professional minutes. Prior to the folding of the Ottawa Fury, York9 FC assistant coach Carmine Isacco believed that domestic TFC youngsters loaned to the capital city club would have been better served in the CPL.

While the league has roster rules that dictate that teams must always field a majority of Canadians and give its domestic U-21 products at least a thousand minutes of gametime per season, it hasn’t touched on any potential rules about a maximum amount of rostered players which are loaned in from other clubs. If the MLS and CPL do evolve their relationship, it’s a conversation that might have to take place.

For now, however, the loans have been very minimal, and it appears not to be an issue at the present.


Neither Garber nor Clanachan seem to mind the slow start to inter-league communications: with the Canadian Premier League just wrapping up its inaugural season, things have been pretty busy north of the border. With the MLS due to expand by five teams by 2022, it’s not like things have been quiet for Garber, either.

The Canadian Premier League may make a few expansion announcements of its own soon, too, with fans hopeful that teams like Saskatoon, Quebec City, or Montreal may be announced for 2021. In any event, both leagues appear well on track to co-exist without any complication.