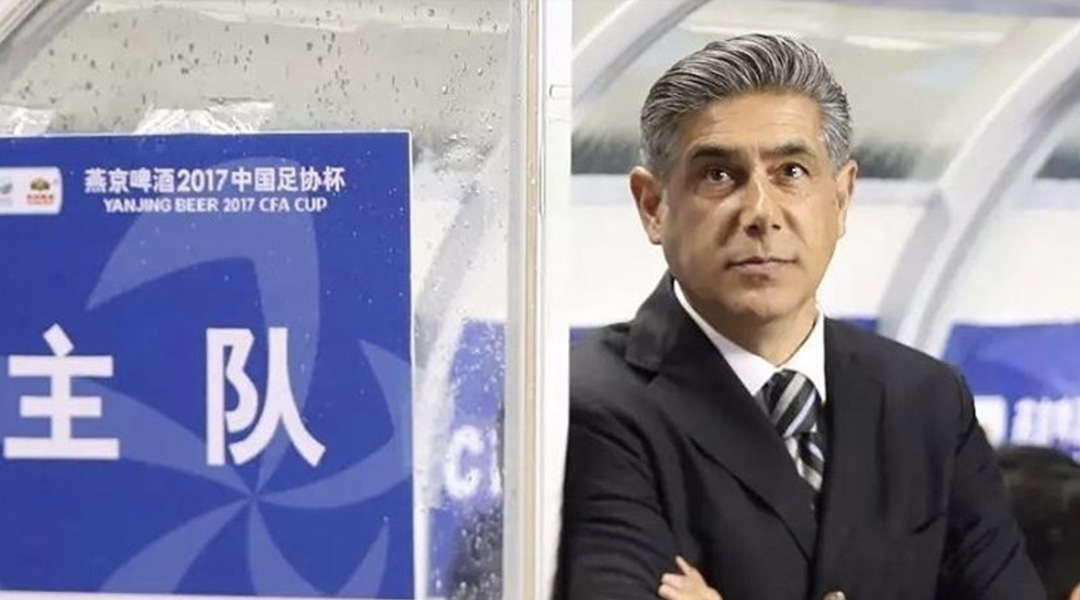 Tonight saw the newly-minted Vancouver FC unveil a lot more than its club colours and branding.

The newly-minted new club revealed its inaugural head coach to be none other than Afshin Ghotbi, a storied head coach who assisted Guus Hiddink and South Korea all the way to the semi-finals of the 2002 World Cup and helmed Iran during the Asian Cup in 2011.

Suffice to say, he’s got a resume that certainly has some great peaks, though – like his new destination in BC itself – it has some valleys, too.

Here’s a dossier on the man who will lead Vancouver FC through its first ever season.

The 58-year-old immediately becomes the most-veteran gaffer in the Canadian Premier League, and he’s got a resume that lends credence to the growing nature of Canada’s domestic top flight. Most will know Ghotbi for his multiple national team stints, but he brings in a familiarity of North American football with him, too.

The Tehran-born head coach moved to Los Angeles as a young teenager, playing for and graduating from UCLA before Steve Sampson brought him in as an assistant coach with the US National Team back in ’97. It was just one year later when he helped the US play against his homeland of Iran in the 1998 FIFA World Cup, described as most politically charged matches in World Cup history.

His next step saw him recruited by Guus Hiddink to assist with South Korea’s national team, where the club reached the semi-final before falling 1-0 to Germany. He had other stints assisting at the Samsung Bluewings and the LA Galaxy before he returned to the South Korean fold to coach under Dick Advocaat and, later, Pim Verbeek.

Ghotbi’s well-travelled nature didn’t stop there, as he soon accepted a lead role with Iran’s Persopolis FC. He would win the league with them and depart before taking his biggest lead role yet as the head coach of Iran, describing the moment as a life dream. He would retain a win rate of 53% throughout 30 matches in charge before jumping to to further head coaching roles with Shimizi S-Pulse (Japan), Buriram United (Thailand), Foolad FC (Persia), and Chinese sides Shijazhaung Ever Bright and most recently the Cangzhou Mighty Lions.

It was during his time with the the S-Pulse in which he came close to signing Vancouver FC co-owner Rob Friend, and while the move didn’t pan out, it started a working relationship that – quite some time later – now sees Ghotbi ready to helm the Canadian Premier League’s ninth team.

He’s a marquee arrival: he’s coached at quite a high level before, and with some big names as well.

His time in China was a bit of a rollercoaster, with the Ever Bright being both promoted and relegated during a two-stay tenure, and Cangzhou falling to second last in the CSL before his sacking. Playing in isolation during COVID-19 also took its toll on the family-oriented head coach, who has a daughter attending school in BC.

This marks as unique opportunity for both Ghotbi and Vancouver FC: he arrives as the most experienced head coach in the league, and a marquee signing for it too.

“I’ve been involved in a lot of difficult and challenging projects,” the new head coach told CanPL. “If you follow my career, partly because of my origin and because of being Iranian-American, I don’t get teams like Bayern Munich or Real Madrid or Man City, I get teams that I have to really build from being either a medium level or being a low level, and I have to build them up. It’s become part of my skillset that I can make players better, make teams better. I can make lemonade out of a lemon and I can try to create an atmosphere that brings the best out of the group. I do believe in the philosophy that we need to kind of create a team that the whole is greater than the sum.”

The veteran head coach is already diving deep into the Canadian market, where he says Vancouver FC will need to play an attractive, entertaining brand of football to compete with the region’s other sporting options. His first impression is that the country has several goalscoring wingers, and central players who can instigate counters – perhaps an early vision into his VFC’s playing philosophy.

Ghotbi won’t be the only international coach in the league, with Atletico Ottawa’s Carlos Gonzalez having arrived from Spain to re-route the league’s other expansion team. He took them to a CPL Final as regular season champions this year, something Ghotbi will be hoping to emulate.

What reality will provide, however, remains to be seen.