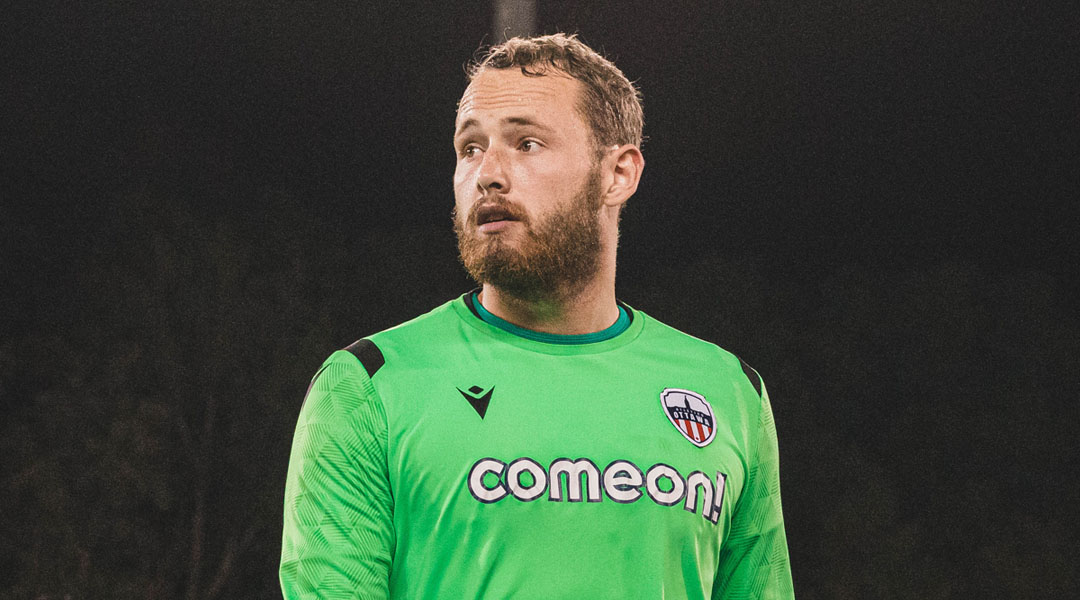 Canadian goalkeeper Dylon Powley has announced his retirement from professional football at the age of 25.

The BC-born athlete told us that his future within the sport was up in the air two months ago following playing stints with FC Gute, FC Edmonton, and Atletico Ottawa. His next chapter comes after he made 35 professional appearances in Canada over the last three years.

Fans can take a look at Powley’s farewell message below:

Dylon’s last season of professional football saw him undergo a tough season as Atletico Ottawa’s number one: the club’s defensive struggles saw Powley routinely peppered in net, with the goalkeeper recording 93 saves throughout the season – just one save behind league leader and golden glove contender Jonathan Sirois.

Powley had also established himself as one of the most vocal pro-union advocates in the league, with the goalkeeper proving a key catalyst in sending league brass a unified pro-union message during the bubbled segment of the 2021 CPL season.

He had spent two seasons with FC Edmonton before that, making nine appearances across all competitions as the number two behind Connor James, who recently retired at the same age.

Prior to his time in the Canadian Premier League, Powley played with Swedish fourth division side FC Gute before joining the Calgary Foothills FC. His youth career saw him develop with Edmonton Juventus and the Edmonton Drillers, with Powley also suiting up for MacEwan University six years ago.

The 25-year-old has recently accepted a coaching role with the Vancouver Whitecaps BMO Academy in Edmonton. Powley had also announced that he was accepted into Canada Soccer’s National Youth License program, too.

We wish Dylon the best of luck in his next chapter.