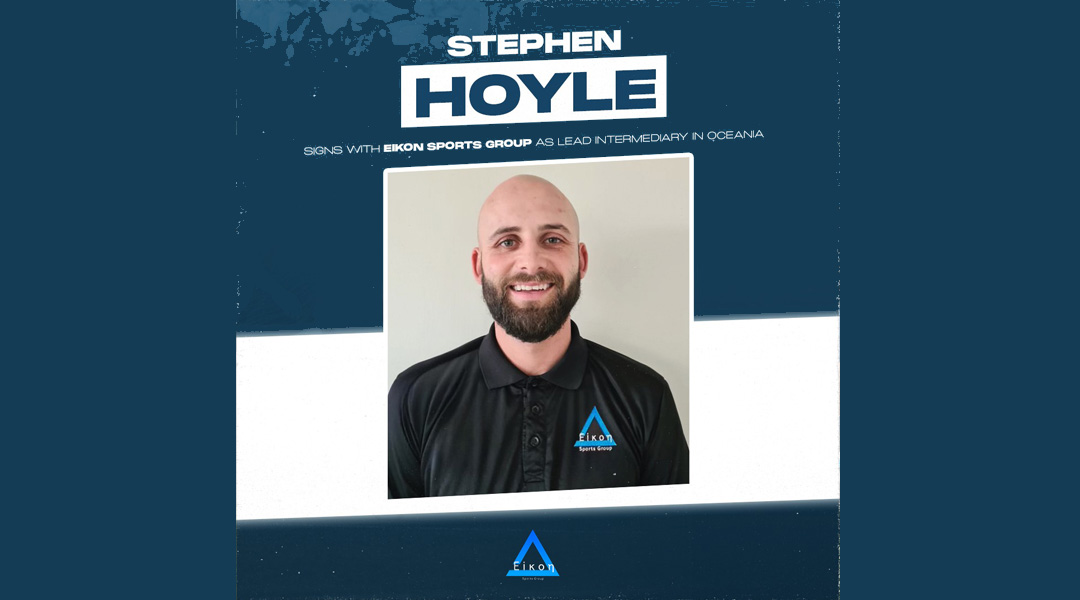 Valour’s first-ever goalscorer looks is set to help grow the Canadian game outside of the pitch.

The 29-year-old English striker has now signed on to be the Eikon Sports Group lead intermediary in the Oceania region, where he wrapped up his playing career with New Zealand’s Eastern Suburbs.

With his new agency representing a number of Canadian Premier League athletes, it’s fair to say that this move could result in some eventual CPL arrivals from the region where he’s spent the majority of his playing career.

Hoyle is no stranger to football circles in New Zealand and Australia, having amassed over one hundred matches in New Zealand himself with a healthy return of 44 goals. He also had a brief stint in the Canadian Premier League, becoming the first international athlete signed by Valour FC ahead of its inaugural CPL season. Hoyle featured in seven matches for the Winnipeg-based side before leaving in the summer, scoring the club’s first-ever goal before his departure.

The well-travelled Hoyle saw his career span across New Zealand, Australia, Canada, England, and Scotland, and will now be tasked with expanding Eikon’s operations abroad with a focus on New Zealand and Australia. The agency represents Kiwi forwards Moses Dyer and Myer Bevan, the former of whom is off to a hot start in the golden boot race with Hoyle’s former CPL side, while the latter just scored a beauty against the Vancouver Whitecaps.

Hoyle’s playing career saw him sign with the Napier City Rovers in 2012, where he scored eleven goals in twenty appearances for being picked up by Hawke’s Bay United. His first taste of Canadian football would come through a short stint with the now-defunct Toronto Lynx, with the forward then trialing with Toronto FC before venturing to Australia through the South Adelaide Panthers.

He then returned to New Zealand, cracking the league’s top ten goalscorer list for four seasons running as he played for the likes of WaiBOP United and Canterbury United before inking a deal with Winnipeg’s Valour FC. After his short stint there, he once again returned to New Zealand to sign with reigning champions Eastern Surburbs. Suffice to say, he knows his way around the region.

“I’m excited for this part of my journey and to work for Eikon, as it’s an ambitious agency that is growing and run by people that I trust and are people-centered,” added Hoyle, “I’m passionate about helping players find the right environment to be the best version of themselves so that they can fulfill their potential and get the most out of their career.”

As it turns out, Hoyle has already made an impact on Canadian football: Eikon Sports Group founder Joshua Carabatsakis revealed that it was his positive experience getting the now-retired forward signed with Valour FC that led to his creation of a player agency which now represents numerous Canadian athletes.

“I was brand new to the industry and Steve gave me that trust and confidence that I think led me to launch Eikon Sports Group and grow it to where it is today,” said the agency founder. “It’s a fulfilling feeling to now have Steve joining the team and opening an entirely new sector for the agency in Oceania, a market he knows better than anyone. Adding Steve also gives our clients an edge, especially the younger players that will lean on his experiences of travelling across the world at the age of nineteen for a dream in football, that he nicely transitioned into a lifestyle.”

While Eikon Sports Group represents a number of Canadian Premier Athletes, that isn’t to say that they only operate in CPL circles: Ahinga Selemani just recently inked a new two-year deal with Maltese Premier Laegue side Gudja United after helping the club to a record finish, and they also represent Canucks abroad like Yann Fillion and Zachary Sukunda, along with League1 Ontario standout Svyatik Artemenko, among others.