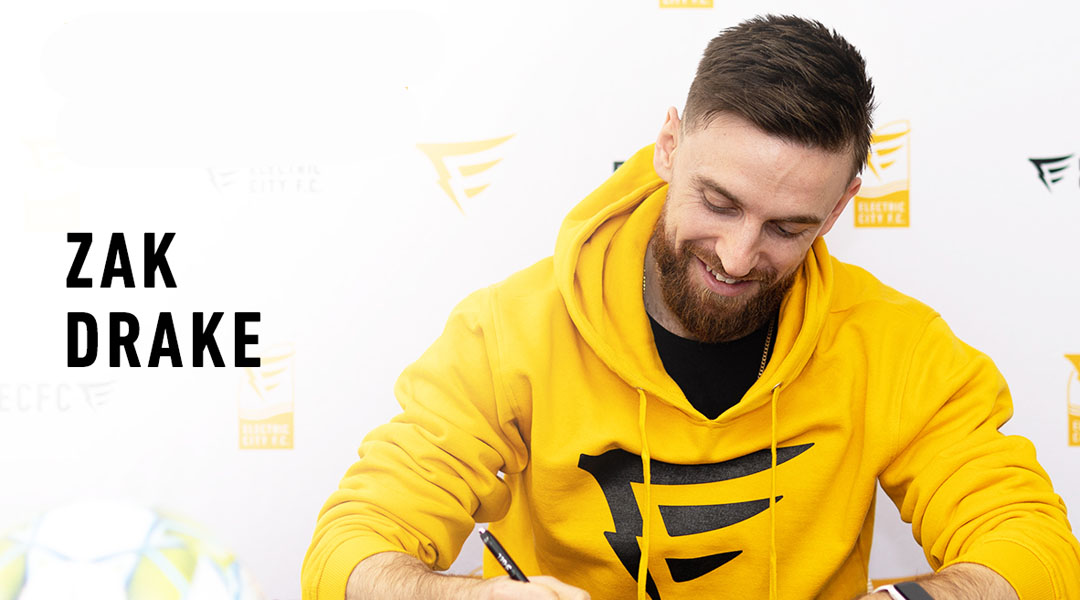 The 30-year-old defender brings plenty of experience to the ambitious semi-professional side, having played in Australia, Brazil, Canada, Germany, Portugal, and the United States throughout his career so far.

He’s no stranger to League1 Ontario either, having he won the championship with Vaughan in 2018 before helping the Blue Devils finish as regular season championships a year afterwards. Last season saw Drake return to the Blue Devils at the tail end of the season, where he helped the club reach the final.

“Zak has played the game at various different levels across the globe and we are happy to bring his experience into our team at ECFC,” said Electric City FC President Rob Jenkins. “He is a fantastic defender that loves to get forward and join the attack and we anticipate him being very involved this season.”

With the club having already named USL standout Zach Ellis-Hayden as its inaugural signing, it seems the Peterborough-based side is keen to have its full-backs play an integral role in an attacking side that already boasts the likes of Jordan Brown and Jordan Webb.

The defensive end has some further pro-level talents, with CPL champion Quillan Roberts set to play behind former Wander Luke Green. All-told, Drake will be slotting into a squad that is quite ambitious for the League1 Ontario level.

“Any time you have the chance to add a player to your squad with experience winning trophies that Zak possesses it’s going to be a benefit to the team,” concluded Jenkins. “We will be looking for Zak to be a leader on and off the pitch during our inaugural season.”

Born in Ottawa, Drake’s last professional stint saw him feature for the Las Vegas Lights in the 2018 USL season. He collected seven appearances for the side throughout the season.

As it turns out, Electric City FC’s newest defender arrives well-acquainted with the city he’s now set to call home:

“As a young footballer, I actually played in Peterborough, even won the Challenge Cup here. Coming back and being a part of ECFC, I want to inspire local players to have them see the dream is possible, that starting from where they are now, they can make it to the professional level too,” said Drake. “I am excited for the opportunity to offer my experience and expertise to create a culture of excellence, ambition, passion, and community on and off the field. It means I’m able to contribute to something greater than myself.”

Drake had recently played with Alliance United for a friendly match that saw them reach a 1-1 draw against professional opposition in York United.

With the 2022 League1 Ontario season helping to determine what division clubs will find themselves placed into when promotion and relegation arrives in 2024, the stakes will be high for the defender’s newest venture.

Of course, Electric City FC is hoping to rise above the League1 Ontario level in the next few years: the club doesn’t shy aware from its ambition to step up to the Canadian Premier League level, though it must prove sustainable at the semi-professional level first.

Given that the club sold over $35,000 in tickets during its pre-launch period, it appears to be off to a strong start.

The Peterborough-based side will open the 2022 League1 Ontario season away to reigning champions Guelph United.