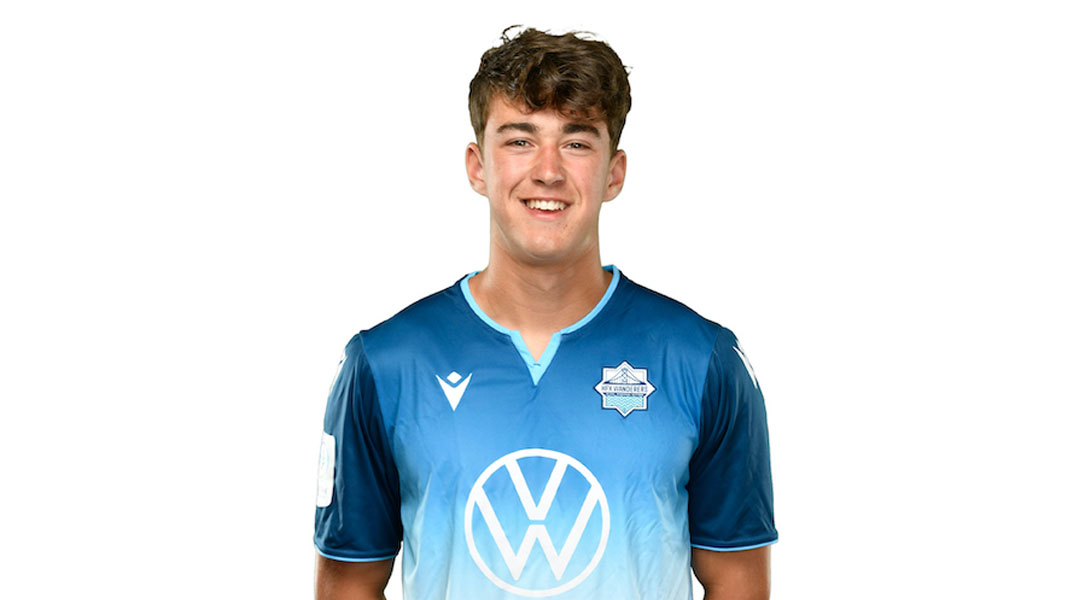 “Now that it’s official, I couldn’t be more blessed and thankful to wear the club’s colours.,” said the former Halifax youngster. “I can’t wait to get to work and live in such an exciting place as Peterborough.”

Green got a taste of professional action when he signed a developmental deal with the Wanderers back in 2020, featuring for a full ninety minutes in a group stage match against Pacific FC.

The six-foot-two defender then transitioned to the Calgary Foothills last season while also featuring for Saint Francis Xavier University. This year saw him train with the Wanderers ahead of today’s move to the League1 Ontario expansion side.

Green had developed with local east coast side Suburban FC, where he credits former Halifax Wanderers assistant coach Mesut Mert for helping him develop to a level that allowed him to train with the CPL side ahead of inking his developmental contract back in 2020.

His new Peterborough-based club has signed a flurry of players who have professional experience to their names, with the side adding former CPL athletes Jordan Webb, Jordan Brown, and Quillan Roberts after having unveiled Zach Ellis-Hayden as its inaugural men’s signing.

The expansion team is aiming to be a top league contender right off the bat, with both its men’s and women’s rosters off to a flying start. Backed by an ambitious ownership group, Electric City FC also doesn’t shy aware from its ambition to step up to the Canadian Premier League level in a number of years.

The Peterborough-based side will open the 2022 League1 Ontario season away to reigning champions Guelph United.