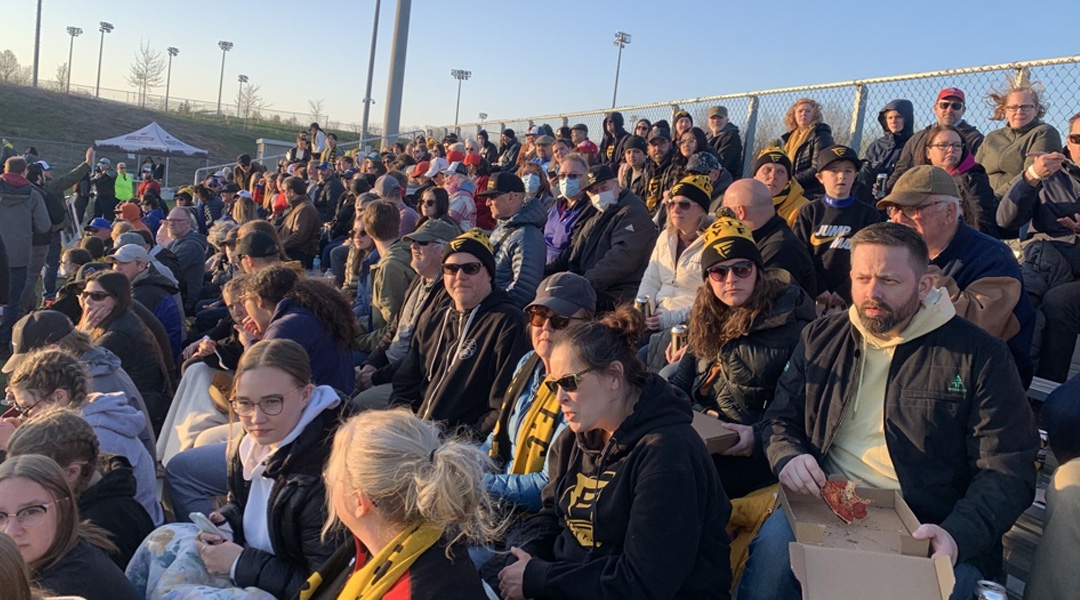 A crowd of 1,565 buzzing supporters – complete with drums and a solid array of chants – cheered on the semi-professional side from start to finish, watching as the expansion team recorded a fruitful 3-0 win over visiting side Windsor TFC. There were proper football scenes at the final whistle, with Don’t Stop Believing playing on the soundsystem at the Fleming Sports Complex as fireworks marked the historic occasion.

The previous attendance record was 1,250, the sellout attendance figure for the annual must-watch League1 Ontario final at the Ontario Soccer Centre.

That means that Electric City FC drew in a crowd that puts it above this year’s early attendance average for York United and FC Edmonton, who play in the fully professional Canadian Premier League that the club plans to join one day. If the ambitious side can keep similar numbers coming through the gate, it’d be a clear marker that Peterborough could sustainably support such a venture.

Last night saw the home side enjoy an electric start that saw Jordan Brown bag his first goal for Electric City just two minutes into the match. The English striker would bag another just ten minutes later, with David Schaefer scoring the club’s third goal at the fourteen minute mark.

There were danger signs of the momentum changing following a player ejection in the second half, but Electric City FC would hold firm to its clean sheet in order to secure the club’s first victory in front of the record-breaking crowd.

It goes without saying that this was a head-turning event for anyone following football at the League1 Ontario level. Whether the club will ‘take it higher’ as the Electric Avenue chant suggests remain to be seen, but Electric City has certainly started off on the right foot to put Peterborough on the modern footballing map.