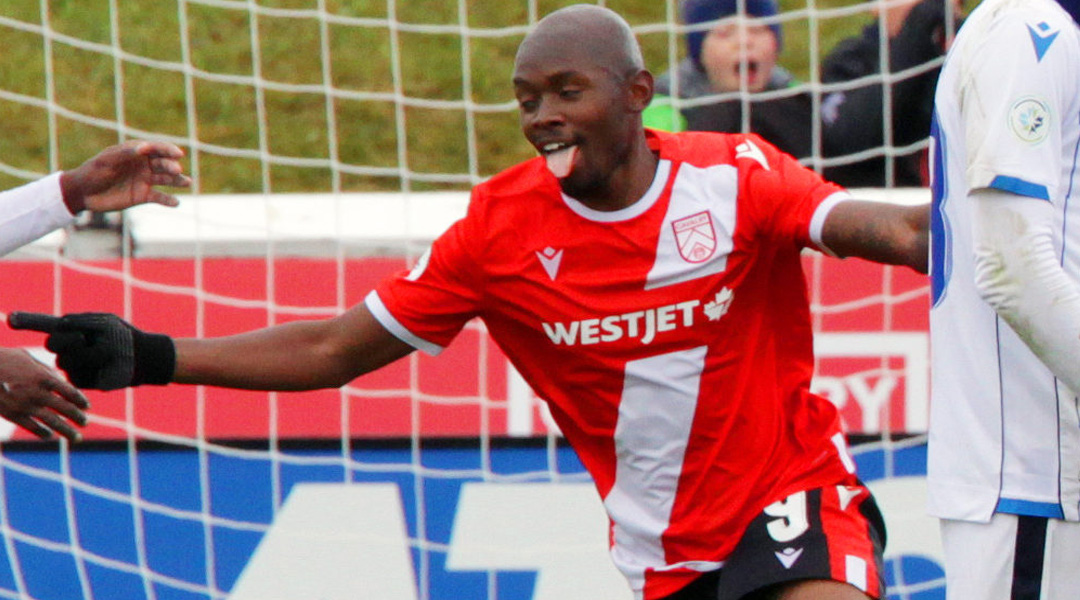 Electric City FC has locked in another high-profile signing with the acquisition of former Cavalry FC striker Jordan Brown.

The 25-year-old former West Ham and Arsenal academy product arrives to Peterborough as a well-known face to domestic soccer fans: he contributed eight goals in 42 appearances in the Canadian Premier League, after all.

His keen eye for goal with Cavalry saw him prove dangerous at the CPL level, with Brown scoring the club’s first-ever goal, with another history-maker seeing him help the side defeat MLS opposition in cup action.

The English striker credits his relationship with Club President Rob Jenkins as a key part to the deal, stating that his trust in the former Cavalry FC front office man was integral to his move to Peterborough.

The striker most recently plied his trade for Icelandic side Fylkir, before which he featured in Germany for VfR Aalen following his two seasons in the Canadian Premier League.

Prior to that, the former West Ham and Arsenal academy product had also spent time with Chelmsford City, Hannover 96, Barnet, and Czech side Znojmo.

It goes without saying that he arrives to the League1 Ontario expansion side as quite a high-profile signing.

I wanted to be a part of ECFC because of my relationship and trust in President Rob Jenkins . Rob was the main reason for coming here to Peterborough. Then when I heard about the community support, the city and the people living here, that was the second piece I was looking for. Thirdly, it was very interesting to me to be able to build something brand new with young and hungry players and staff. Being one of the first players in a club’s history is something special I can tell my grandkids, which not many players get to say in their careers playing in Europe.

Discussions between Brown and the club had begun earlier this year, with the Peterborough-based side now locking in it’s second professionally-proven player following its inaugural signing of Zachary-Ellis Hayden.

During my time with Cavalry I had the opportunity to watch Jordan Brown day in and day out and see the type of professional and person that he is so I am confident he will be a great fit for us. Jordan played a key role in the success of Cavalry FC over those first two years through his work ethic, relentless pressing of opponents, and scoring some very memorable and historic goals.

Jordan has also represented England at the U-16 and U-17 youth levels, and has been scoring screamers long before his first steps into Canadian football with Cavalry.

The Englishman will be expected to be a top striker in the League1 Ontario level. While Electric City FC will be taking its first steps there, it hopes to land a bid as a Canadian Premier League franchise in the years to come.

Bringing in the likes of Jordan Brown and Zachary Ellis-Hayden is a good letter of intent for a bright future.

The club states that further player signings will be revealed in the near future. The expansion side will begin preseason in April before kicking off its inaugural League1 Ontario campaign.