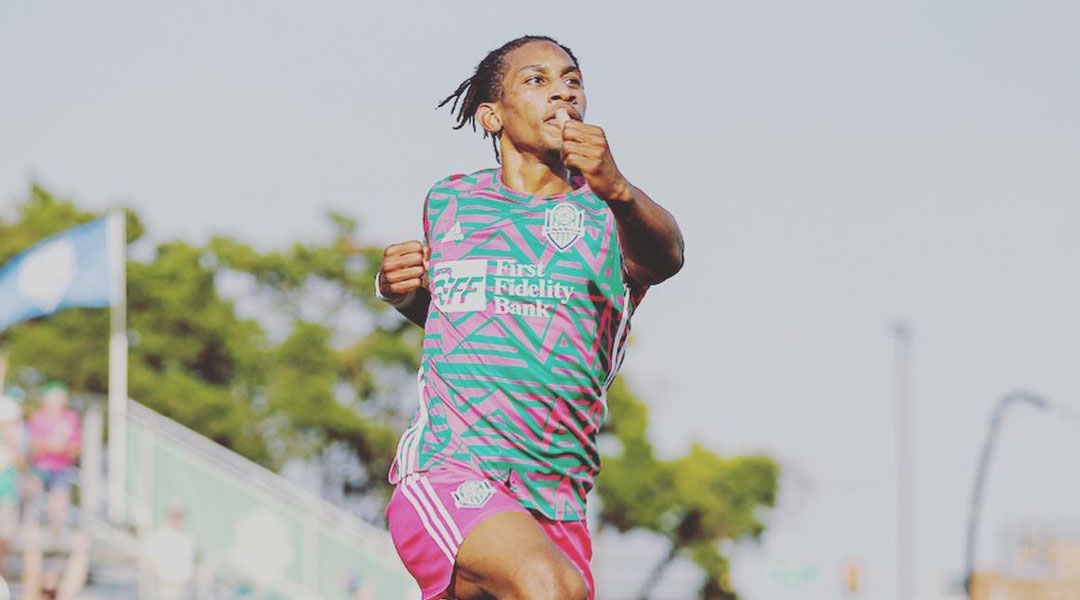 League1 Ontario side Electric City FC has landed OKC Energy standout Zachary Ellis-Hayden, whom many believed would either land elsewhere in the USL or in the Canadian Premier League.

The club’s inaugural signing arrives alongside Sona Makulova, representing high-profile inaugural captures for both the men’s and women’s teams.

The 29-year-old full-back has spent the last six seasons in the USL Championship, where he established himself as a leading right-sided full-back with lightning pace and an eye for setting up goals, too.

After featuring regularly for the likes of Orlando City B, Fresno FC, and Oklahoma City Energy, few would have expected such a move to be on the cards – especially given that the inaugural Electric City FC signing was a top USL full-back.

With OKC Energy set to take a hiatus this season whilst its home ground undergoes renovations, Zach found himself in the search for a fresh start. Electric City FC has proven to be highly ambitious, and somehow lured the full-back away from the fully professional division.

His former USL side will receive an undisclosed transfer fee as part of the deal.

It’s worth noting that the Peterborough-based side has aspirations to become a Canadian Premier League team one day. For now, Ellis-Hayden will be expected to be an absolute all-star at the League1 Ontario level.

“It is the beginning of a very exciting project in Canadian soccer and it’s both motivating and a challenge to be a part of this from the start.” said the club’s inaugural signing, “I hope to be a part of this club going forward to help them to win matches and reach their goals on and off the pitch.”

Electric City FC President Rob Jenkins states that the club had been following Zach closely over the last few years, and were understandably quite excited to add a player of his experience, quality, and character to the team.

What’s more, he says that Ellis-Hayden will be expecting to play a large role both on and off the pitch for ‘years to come’, suggesting that his arrival comes as a long-term one.

The 29-year-old began his professional career with Orlando City in 2016, fielding for the MLS side’s B team for the next two seasons. After 45 appearances in Florida, he transferred to Vancouver Whitecaps’ affiliate side Fresno FC, making fifty appearances before moving on to Oklahoma for two seasons.

The move to Peterborough won’t mark his first time playing in Canada, with the full-back having won the 2015 USL PDL Championship with Kitchener-Waterloo United FC before taking his first professional steps with Orlando City.

All-told, Electric City FC’s signing of Zachary Ellis-Hayden is an unprecedented one at the League1 Ontario level: this calibre of signing would please CPL and USL fans alike, so soccer fans in Peterborough likely know what a coup this ultimately is.

The League1 Ontario expansion side has announced Mike Marcoccia as its inaugural head coach. While it remains to be seen who will be joining Ellis-Hayden on the pitch, the club’s inaugural roster build is certainly off to an electric start.