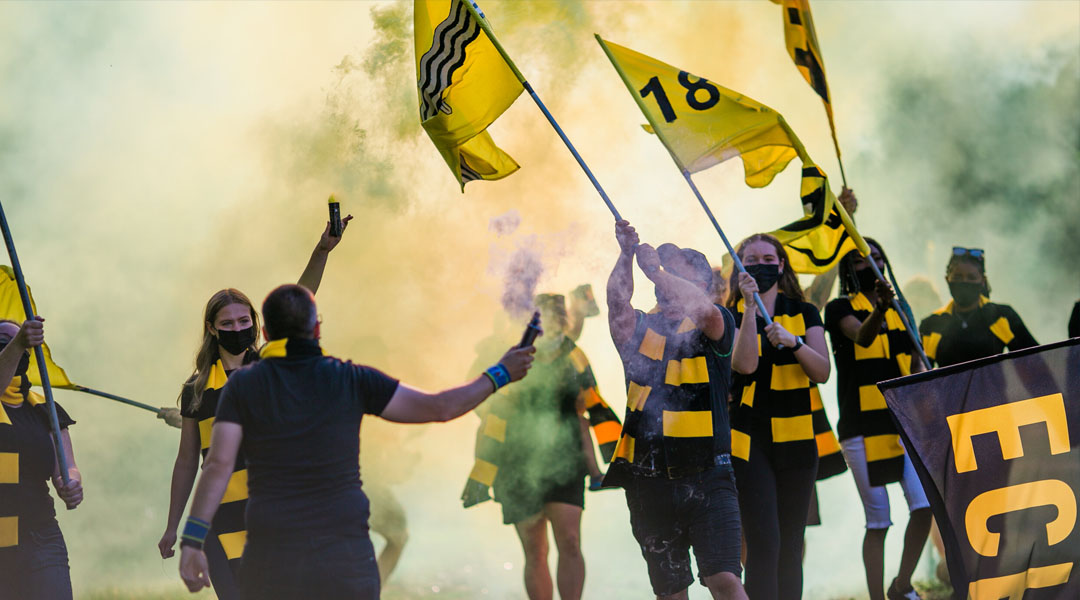 We had guessed that League1 Ontario expansion news was coming this week, and the semi-professional league has duly delivered: Peterborough’s Electric City FC will officially be joining League1 Ontario next year.

The club has acquired a league license from Toronto Skillz FC, who will evidently be withdrawing from the league after having participated in a shortened summer championship series this year.

Electric City FC has made waves since it was announced in August, with a community-centric ownership group establishing a sharp, polished, and professional presence for the ambitious and newly-minted League1 Ontario side.

Welcoming an organization like Electric City FC, that is laser-focused on bringing both elite amateur and professional football to their community, is an exciting addition to our league. We are so pleased to see the support that the community of Peterborough has shown already for this club, and we look forward to supporting ECFC’s efforts to create a pathway to professional soccer for aspiring players in the Kawartha region.

The club had made it no secret that they’d submitted an application to field a men’s team in League1 Ontario come 2022, with a women’s team set to follow in 2023. Electric City FC plans to field reserve squads for both sides, and hopes to build a sustainable following in order to eventually step up to the CPL level.

We are building a professional club in Peterborough with the intention of competing at the highest level of the game in Canada in both the men’s and women’s game and everything we do is with that in mind. We may be a small market, but we have big ambitions.

The club has also announced that it will be building a soccer stadium for exclusive use by Electric City FC, which will feature a grass pitch and will be built in stages over the next three years. For the 2022 season, temporary seating and structures will be installed whilst the stadium construction is completed.

This will be located on the edge of Peterborough, where Electric City FC is working in partnership with Hybrid Sports to develop a 74-acre sports complex that will also include a full-size indoor soccer pitch and a multi-sport training facility, too.

The Peterborough, Ontario-based team had revealed its ownership group and team colours this August, with an identity that pays homage to the industrial heritage of the city.

The club recruited former Cavalry FC director of football Rob Jenkins to be its inaugural Club President, and he’s one of the most experienced for the job in Canada: Jenkins helped The Calgary Foothills launch in 2015 before doing the same for the CPL’s Cavalry FC four years later, and has also been involved in gameday operations for the Canadian men’s national team.

We are extremely excited to officially be part of League1 Ontario and to begin on-field preparations for the 2022 season. This league has seen many players go on to professional careers at the next level and represent their country with the Canadian Men’s and Women’s National teams, and we hope to continue that tradition in Peterborough.”

The club has a firm belief that it can find success in homegrown supporters, with the Halifax Wanderers being a prime example: the east coast side routinely fills up its smaller-scale stadium, and more locally Peterborough has proven to a sports-loving city with the Peterboroug Petes and the Peterborough Lakers drawing between 2,500 to 3,000 fans on gamedays, which is a number higher than some Canadian Premier League clubs recorded in 2019.

If all goes to plan, the club hopes to be one of the first League1 Ontario teams to rise up to the Canadian Premier League level, though there’s no set timeline on those aspirations.

It’s set to be quite a busy week for the League1 Ontario faithful: yesterday saw the news that Pickering FC would be returning under new, high-profile owners, and tomorrow we expect to see the Simcoe County Rovers added as the second brand-new League1 Ontario addition for the 2022 season, too.