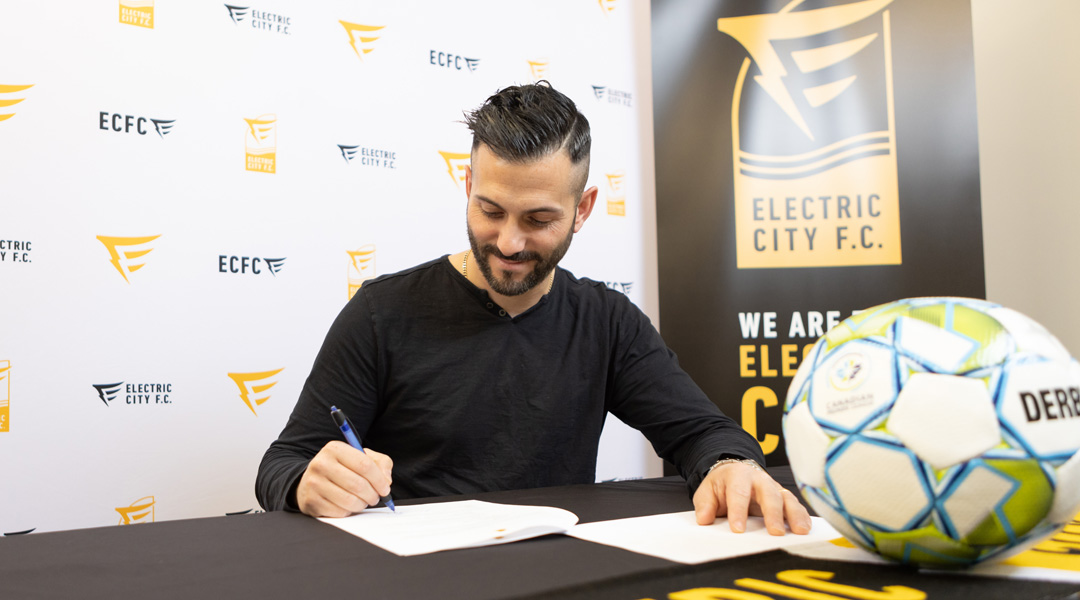 Having simultaneously coached both the men’s and women’s teams for FC London to much success over the last several years, Marcoccia will don similar dual-squad duties in Peterborough.

The addition of the proven League1 Ontario coach fits in well with the high ambitions of the Peterborough-based football club, with its new gaffer having won more cumulative League1 Ontario titles through both of its premier divisions than any other coach in league history.

The London, Ontario native accomplished these successes through FC London, where he began coaching the women’s team in 2016 before adding men’s team to his duties in 2018. He departs with a 100-14-28 overall record, with his final year in London seeing the men’s team finish third and the women’s reach the semi-finals.

With Electric City FC noting that its new head coach has aspirations to rise to the highest level in Canada and beyond, it seems both the club and its first-ever gaffer view League1 Ontario as a stepping stone to the Canadian Premier League.

Electric City FC President Rob Jenkins revealed that the club’s search for the right head coach has been taking place behind the scenes for over a year, with the side conducting numerous interviews before landing with Marcoccia.

We couldn’t be more pleased to have been able to land such a great coaching talent to lead our project. Michael brings with him a tradition of excellence in League1 Ontario on both the men’s and women’s side and has the ambition and ability to take this project to the next level.  We feel very fortunate to have him in Peterborough.

Electric City FC was first announced in August, with the side acquiring a League1 Ontario club license from Toronto Skillz FC just a few months later. The club has ambitious plans to build a soccer-specific stadium for itself, and will field teams for both the men’s and women’s premier divisions when it begins play next year.

Marcoccia has heard plenty of positivity about the community support in Peterborough, which had been a key driving factor in Jenkins’ decision to join the project, too.

The first thing that drew me to Peterborough and Electric City FC was the project itself. The more I learned from talking to Rob, the more I realized that this project was much bigger than I originally thought and something that I wanted to be a part of at this stage in my career.

Before the League1 Ontario coach had transitioned to the sidelines, his playing career saw him spend time in Italy at the Serie C2, Serie D, and Eccellenza levels for the likes of Polisportiva Nuovo Campobasso Calcio, A.S Casale Calcio, and Unione Sportiva Miletto, prior to which he also had a stint in France’s third division.

The last days of his playing career were spent back home with the London City Soccer Club and with FC London itself, which he would later join as coach as he transitioned out of playing.

FC London released a statement about Michael’s departure in the hour leading up to today’s announcement, thanking him for his years of service and success with the club’s program.

It is unclear who will join Marcoccia in the technical area at Electric City FC, where he hopes to establish a playing philosophy that includes a hard work ethic built around players who, like the club itself, have professional aspirations.

The Peterborough-based club is holding open tryouts for both its men’s and women’s teams on December 1 at the Ontario Soccer Centre in Vaughan. Interested players can register here.