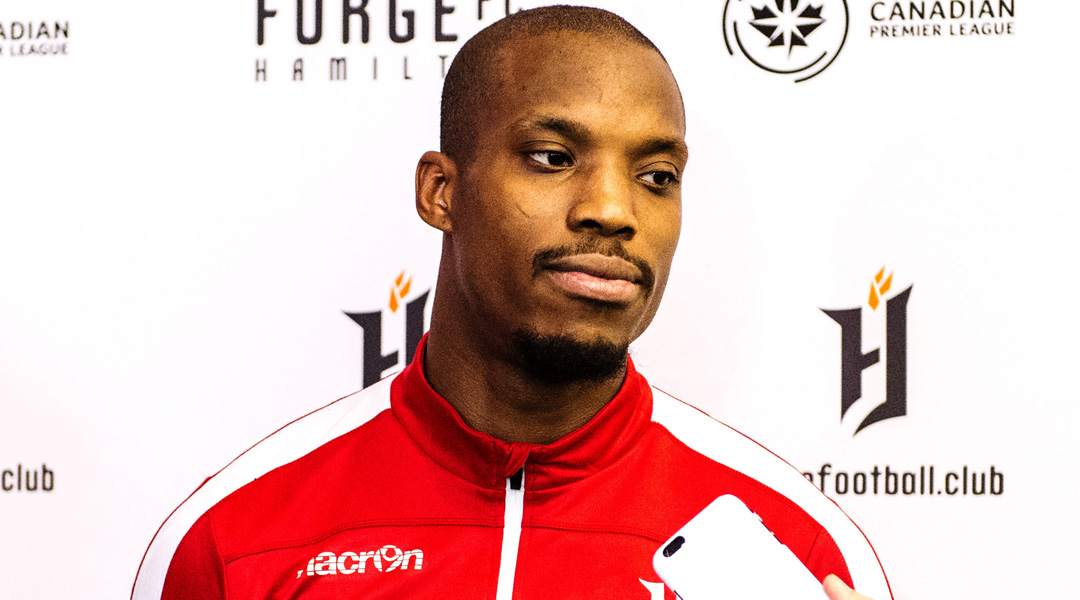 The 2019 North Star Shield winner arrived having spent the last season with 1812 FC, where he earned both the East Division Golden Glove and all-star honours.

Following 1812 FC’s departure from League1 Ontario, Roberts trialed with Valour FC before getting recruited by Electric City FC, who have struck gold in terms of top quality League1 Ontario talent.

The majority of the Guyana international’s playing career saw him serve as a depth option in Major League Soccer, spending some seven years in the US top flight with Toronto FC (for whom he made 43 appearances with their USL affiliate) and LAFC.

Roberts then returned home to play with Forge FC in the inaugural Canadian Premier League campaign, where he made eight league appearances on route to a North Star Shield win.

Roberts had also spent a season in League1 Ontario with the Woodbridge Strikers in 2017, while also featuring for a York University side led by Carmine Isacco.

“The foundation of most successful football teams starts at the back with a talented and experienced keeper in net,” said ECFC President Rob Jenkins, “we feel that Quillan brings the type of leadership and skills to our club that will help us reach our goals and have a positive impact in the community.”

Roberts will also bring international experience with him, having featured for Canada at the U-17 World Cup. He would make his senior debut in a 3-0 win over Puerto Rico as substitute for Milan Borjan before filing a one-time eligibility switch to Guyana in 2019.

Roberts has earned three caps for the Golden Jaguars in the time since, and now joins an Electric City FC side that has made a splash in terms of player signings ahead of its inaugural season: the men’s side named USL familiar Zachary Ellis-Hayden as its inaugural signing, and even brought in former Cavalry FC attacker Jordan Brown ahead of its debut campaign.

The fact that Electric City FC has highly public plans to put forth a CPL bid in the somewhat near future also made it a premier destination for Roberts, who will be expected to provide some top saves whilst in Peterborough.

“This is a chance for me to continue playing the game I love, at a club that is doing things like top CPL sides from the beginning. I love the fact that ECFC is open about their plans to join the CPL in the future,” he said.

The 2022 League1 Ontario season will be Electric City FC’s first-ever campaign. The following two seasons will determine which division the club will land in when League1 Ontario adds promotion and relegation – though around that time, the ambitious side will be hoping to rise to CPL heights instead.