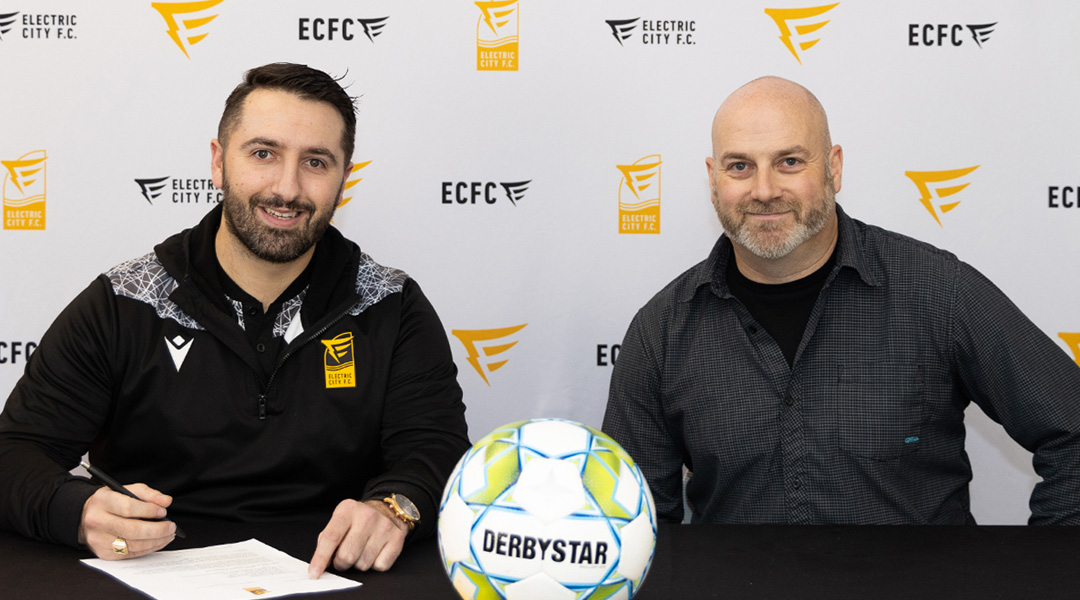 The former FC London assistant coach rejoins Michael Marcoccia at the League1 Ontario expansion side, where he has been named a first team coach on the women’s side and the assistant coach of the men’s.

It was only a few months ago when Electric City FC announced that its women’s team would launch a year ahead of schedule, with Ribeiro now set to help the squad take its first steps through the 2022 League1 Ontario season.

I am really excited to continue my coaching career with Electric City FC. I’m looking forward to being in Peterborough with the athletes and creating a brand of football that the community will enjoy watching and be proud of.

Ribeiro has several years of experience coaching the women’s game, having assisted Marcoccia with the FC London women’s program over the past four years and the Fanshaw College Women’s Team over the past three.

He has also held a head coach role with FC London’s women’s reserve team, and had assisted with the club’s reserve men’s team. A dual citizen of Portuguese descent, he also spent some time coaching with CD Santa Clara, too.

We were very impressed with Randy’s coaching ability, relationship building, and record of success especially in the women’s game. His drive, dedication, and ambition were evident from the first time we met.  He has been a constant with Michael throughout the past five years in London and we are thrilled to have him join us in Peterborough to continue that tradition of success.

The Peterborough-based side’s first two seasons will have important ramifications for the club: the cumulative results from those two campaigns will determine what division the club will land in when promotion and relegation are introduced.

Ribeiro had captained FC London his playing days, retiring as the League1 Ontario side’s all-time appearance leader. He made 72 appearances for the team throughout 2016 and 2021 after spending time out east with St. Francis Xavier University.

Electric City FC may have yet to kick its first ball, but the club has already turned heads with its professionalism and leadership. The club hopes to build enough support in Peterborough to eventually launch a CPL bid, and already has plans for a soccer-specific stadium of its own.

The 2022 League1 Ontario season will see the likes of Simcoe County Rovers, St. Catharine’s Roma Wolves, and ProStars FC all field teams in the women’s premier division, too.

While it remains to be seen who Electric City FC will recruit on the pitch for its inaugural campaign, the coaching acquisitions of Michael Marcoccia and Randy Ribeiro show that the club is off to a strong start.