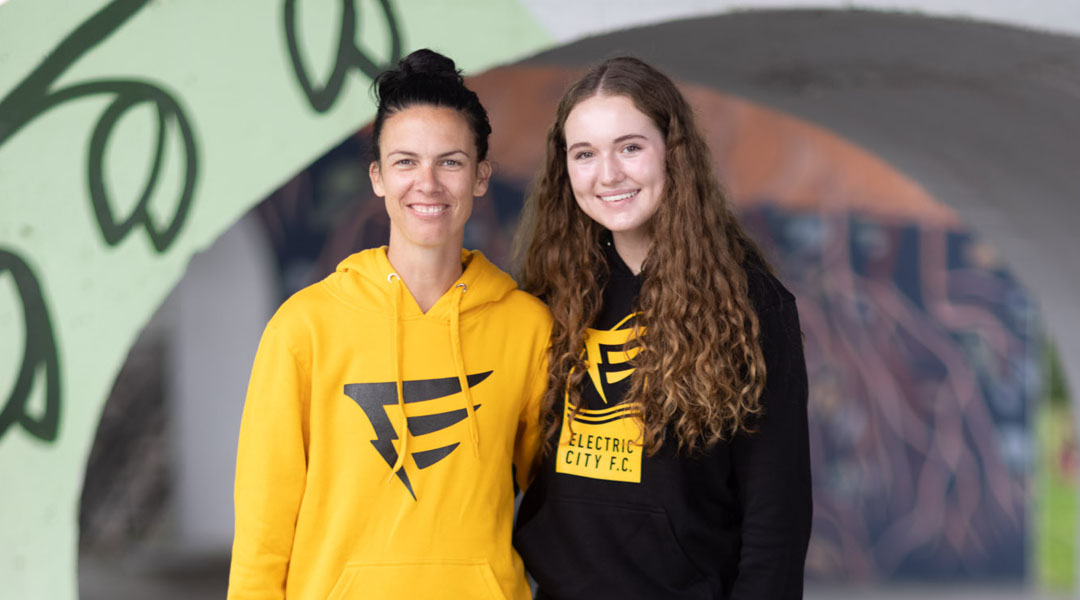 One of the newest League1 Ontario expansion teams seems to be moving at lightning speed.

Electric City FC has just announced that has pushed the launch of its women’s team one year ahead, with the club now receiving approval to compete in the League1 Ontario Women’s Premier Division in 2022 instead of 2023.

The ambitious expansion club had initially stated that only the men’s team was set to launch next season, but just two weeks after the club was made League1 Ontario official it has evidently been able to push forward the launch timeline for its women’s team.

Club President Rob Jenkins, who helped launch CPL side Cavalry FC in 2019, stated that ECFC was very pleased to launch its women’s team well ahead of schedule to ensure that both of its teams launch in tandem:

The response and support from the community has been amazing so far and we heard loud and clear that there was a desire for us to field a Women’s Team in Peterborough as soon as possible.

The League1 Ontario Women’s Premier Division added three new expansion teams last year, with Electric City FC and fellow expansion side Simcoe County Rovers expected to join in on the action come 2022. It is unclear if Pickering FC will return with a women’s team.

League1 Ontario Executive Chairman Dino Rossi expressed that the growth of the women’s game in the province is a high priority for the semi-professional league, which represents the highest level of women’s game in Canada alongside Quebec’s PLSQ Women’s division.

From our Canadian Women’s National Soccer Team winning the Olympic Gold Medal in Tokyo, to the record number of Canadian women playing at the highest level of the professional game in Europe and the US; the time is now for women’s soccer in Canada, Ontario and Peterborough.

The women’s game will also see growth out west next season too, with League1 BC set to launch its inaugural campaign with both men’s and women’s clubs for its teams, too.

This year saw newly-founded side Guelph United prove that an expansion team can claim a championship win in its first year, which will give fans in Peterborough cause for hope. The club has certainly started off strongly off the pitch, with a local ownership group establishing a sharp club identity, a professional demeanor, and plans for a soccer-specific stadium, too.

Electric City FC’s men’s and women’s teams will be holding open tryouts this December at the Ontario Soccer Centre in Vaughan, which will be limited to 75 participants for either team.