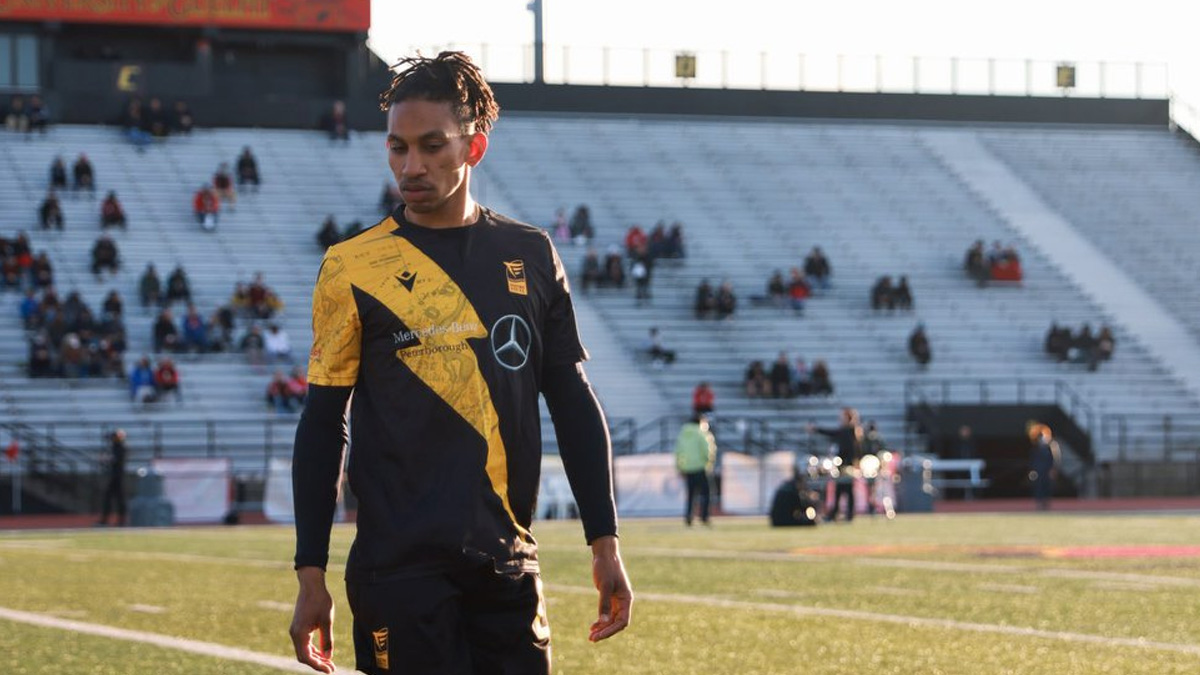 The 30-year-old League1 Ontario man has been selected by Bajan Tridents head coach Russel Latapy to feature for the island county in it’s summertime Concacaf Nations League matches. The four-match international window will see Ellis-Hayden available for selection in games against Anitigua and Barbuda, Cuba, and back-to-back tilts against Guadeloupe this June.

The former OKC Energy winger arrived to Peterborough’s Electric City FC as a shock marquee signing, with many having believed that the veteran winger would land in the USL – where he spent the last six years – or perhaps the CPL if he was to venture back north of the border.

Having accumulated 135 professional appearances for the likes of Orlando City B, Fresno FC, and Oklahoma City Energy, he’s certainly one of the most highly-touted and proven professionals that can be found at the League1 Ontario level.

The newly-minted Barbados selection has featured in all three of Electric City’s matches thus far, seeing action in all but six minutes of possible game time for the expansion side. The club rests with a 1-1-1 opening record, most recently enjoying a record-breaking home opener that saw them procure a 3-0 win.

The Barbados national team is in need of some new ideas after falling to a sequence of friendly losses earlier this year against the likes of Suriname, Martinique, Guyana, and Trinidad and Tobago, where a particularly heavy 9-0 loss saw former CPLer Ryan Telfer bag a brace against them.

With Ellis-Hayden now set to be on international duty for the first two weeks of June, the winger is expected to miss tilts against Pickering FC, Alliance United, and Master’s Futbol Academy. Having yet to make his international debut, the Kitchener-born athlete will be cap-tied to Barbados should he feature during June’s Concacaf Nations League action.