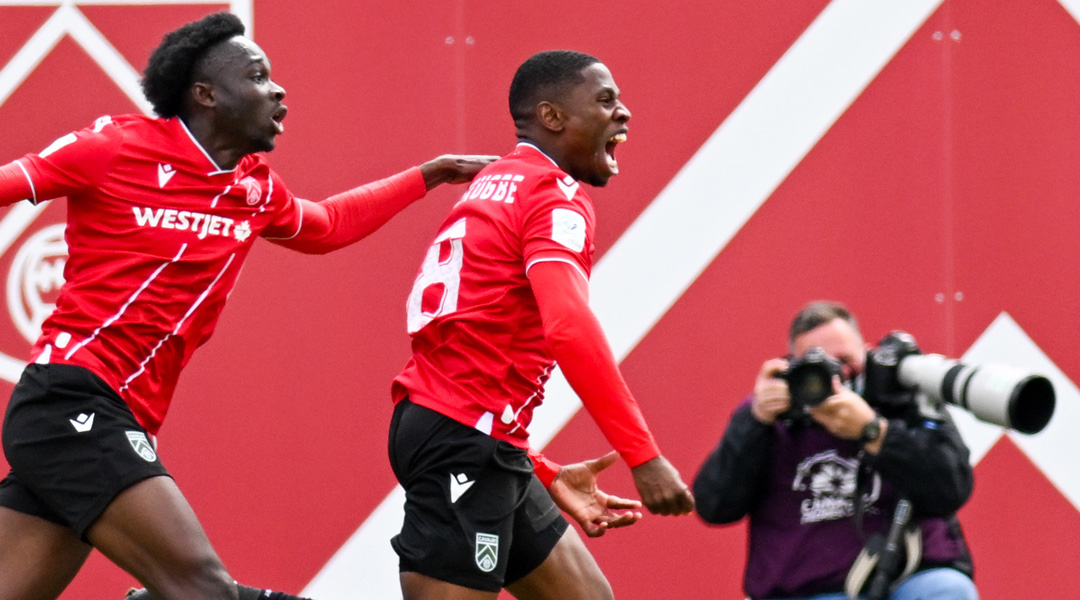 Cavalry club original Elijah Adekugbe is set to ride out of Spruce Meadows.

The 26-year-old confirmed his departure in a social media post today, marking the end of a four-year stint that saw the defensive midfielder make 55 appearances, 22 of which came this year alone. This season also saw him procure a matchwinner against Valour FC.

“I got to live a dream in my hometown and for that I’m grateful,” said Adekugbe online. “Thank you Cavalry, you turned a boy into a man and gave me my start on this journey. But all good things come to an end. I appreciate everyone that supported me during my time with the team, but now it’s time for change, more growth and new inspiration.”

The 26-year-old had mostly featured as a substitute this year under Tommy Wheeldon Jr, who had also coached him at the Foothills. His fourth and final season with Cavalry came after he missed the entirety of 2021 through an Achilles injury, which allowed him to focus more on his musical career.

He departs having featured in several historic moments for the club, including their inaugural match and both legs in the historic upset over the Vancouver Whitecaps in 2019. His last match came with a semi-final playoff loss to league rivals Forge FC.