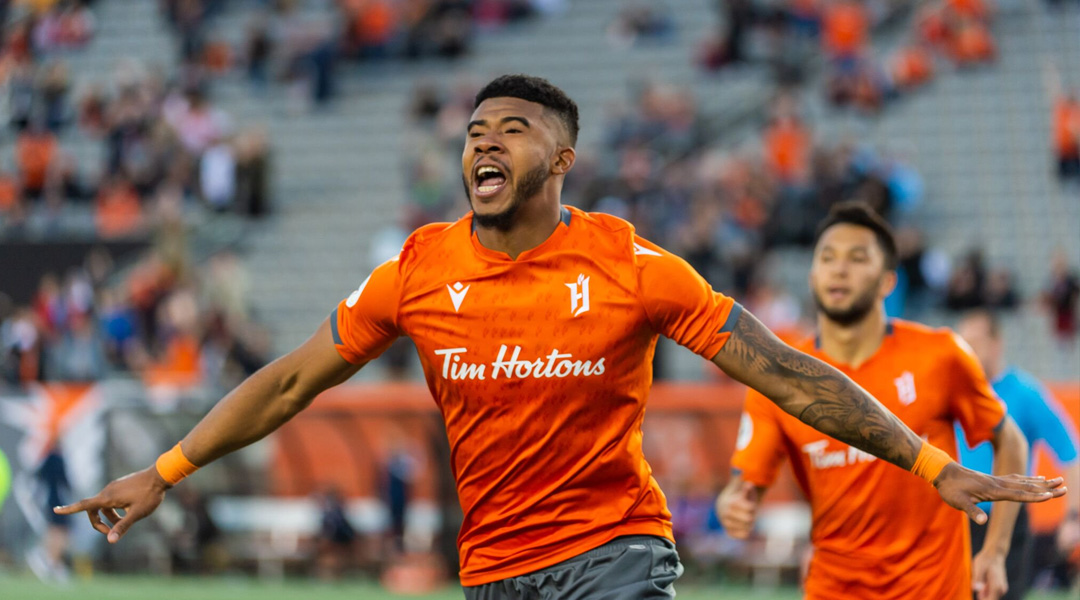 Update: Though Hapoel Haifa announced the signing yesterday, Emery Welshman is at Forge FC practice as of July 9, the date the the US and Canadian transfer windows open. The club has reportedly stated that the deal isn’t finalized, and that FC Cincinnati will make the final decision. Welshman was not made available for media interviews.

While the transfer windows for both Major League Soccer and the Canadian Premier League don’t open until tomorrow, it opened in Israel today – and brought some news relevant to fans of both aforementioned North American Leagues. Forge FC striker Emery Welshman – who was on loan from FC Cincinnati – has reportedly signed on with Isreali Premier League side Hapoel Haifa.

The 27-year-old Guyanese international has been an important player for the hammer, with his speedy footwork causing havoc for opposition defense. Welshman registered two goals and two assists after eight appearances for Forge FC, and was called up to the Guyana national team for the 2019 Gold Cup alongside Forge FC goalkeeper Quillan Roberts.

Hapoel Haifi has released a welcome statement for the striker, stating that he’s signed a one-year deal with the option to extend for another season if things go well. The Isreali Premier League season doesn’t kick off until August 2019, giving Welshman some time to settle in with his new club.

Financial details regarding the transfer have not been revealed as of yet. It’s possible that Welshman and FC Cincinnati agreed to mutually terminate his contract, which would allow him to sign on with the IPL side on a free. His parent club has not confirmed the transfer as of yet.

With Anthony Novak’s hot start giving way to a spell on the sidelines, it looks like the Hamilton-based club will be relying on youngsters Jace Kotsopoulos (2 goals in 4 appearances) and Marcel Zajac (2 assists in 10 appearances) to fill in. With the Canadian Premier League fall season transfer window opening tomorrow, it’s looking like Forge FC will be on the prowl for another striker, with former TFC and Sigma FC player Mo Babouli being a likely target.


This would mark the second time a CPL player would have had a loan recall, with York9 FC player Ryan Telfer undergoing an emergency single-match loan recall to Toronto FC, where he registered a last-minute assist after coming on late into the game.

It’s not clear if the fall season transfer window will see any more outbound players from the Canadian Premier League, but fans can expect at least a few roster adjustments: last week, York9 FC head coach Jim Brennan informed us that the York Region club would be making a decision on Jose Pina in the near future. The implication was that if the visa issues surrounding the young attacking midfielder couldn’t be resolved, the Nine Stripes would look elsewhere to bolster their squad during the fall transfer window.

Welshman, who was born in Mississauga and played in the inaugural Canadian Premier League match at Tim Hortons Field, took part in a great piece of Canadian sports history. With Forge FC supposedly losing a talented striker in the first week of fall season action, it’ll be interesting to see who head coach Bobby Smyrniotis brings in to replace the Guyanese international – if anyone at all.