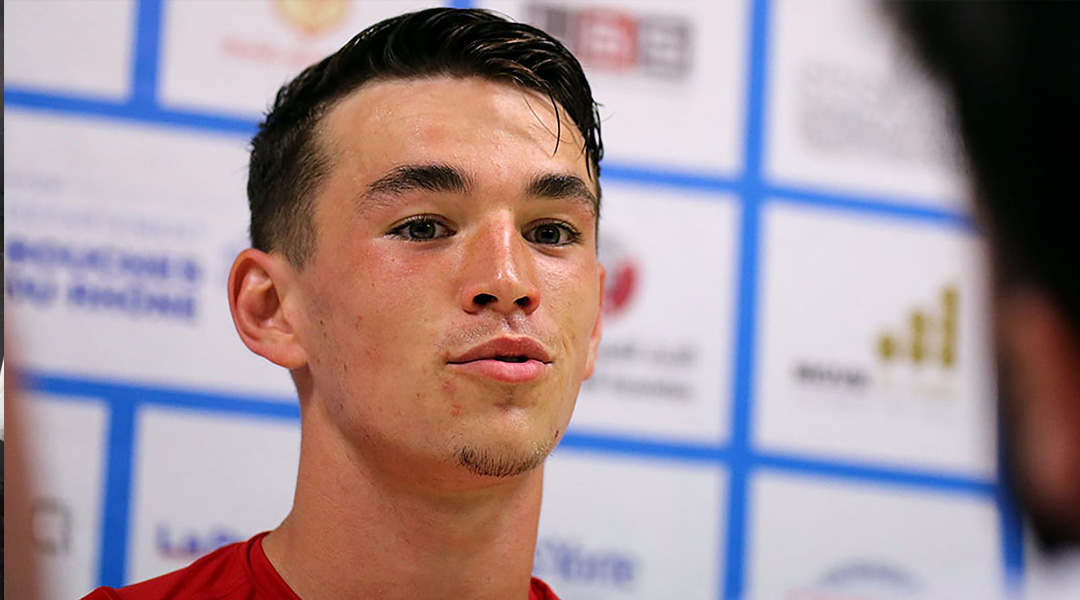 There’s no doubt that Emile Legault could slot into any Canadian Premier League side: the 19-year-old Canadian comes with a high pedigree for a player of his age. After spending his youth career with AJ Auxerre in France, the young defender almost transferred to Celtic before negotiations between the two clubs broke down. He then spent an extended time training with the Montreal Impact, but on Tuesday this agreement came to an end.

It seems like Legault is now forced to move on elsewhere – and the Canadian Premier League may be a great fit. TVA Sports reporter Nicolas Martineau reported that the Longueuil-born player is considering a short-term venture within the league, with FC Edmonton reportedly ready to ink the player.

Head Coach Jeff Paulus recently hyped up a massive defensive signing which ended up being former USL All-Star Amer Didic, who is certainly a fantastic capture for the Canadian Premier League. Should Legault head to Edmonton right after the club signed Didic, Paulus would complete two great coups for his Alberta-based team.

Here’s a rough translation on what Montreal Impact manager Rémi Garde had to say about Legault’s situation:


It was not possible to find the agreement that had been set as a prerequisite, namely that Emile should be able to engage without financial compensation with any club whatsoever, including Auxerre because that he was trained there for four years. I have personally discussed with the leaders of Auxerre and they want to stay on a self-respecting principle. Today, I told Émile that his period with us was over.

It’s unclear why solidarity payments became an issue between Auxerre and Montreal Impact, given that Legault is a free agent and commands no immediate transfer fee.

We listed the talented Emile Legault as a Top Prospective CPL signing a few weeks ago, and a potential transfer to the likes of FC Edmonton would make him just the second player from that list to jump into the new domestic league.

Former Impact man Louis Béland-Goyette made the CPL jump last week, joining another former Impact player (Michael Petrasso) at Valour FC. Both of them signed short-term contracts with the club, prompting speculation that the duo are awaiting a Canadian Premier League franchise in Montreal for 2020. Emile – yet another man with a connection to the city – is rumoured to also be looking at a short-term contract.

Of course, as things stand none of this is confirmed. We know that Emile’s time with the Montreal Impact is over, so he’ll be looking to keep his fitness levels up in the hope of an eventual overseas return. It’ll also be important for him to clock in first-team experience, and that’s certainly something the league could help with – especially with its domestic U21 player roster requirements.

In any event, if the Canadian Premier League can be a good fit for the Canada U-20 youngster, he’d make a great signing for whichever side manages to land his signature – though there’s no guarantee that any of them will.