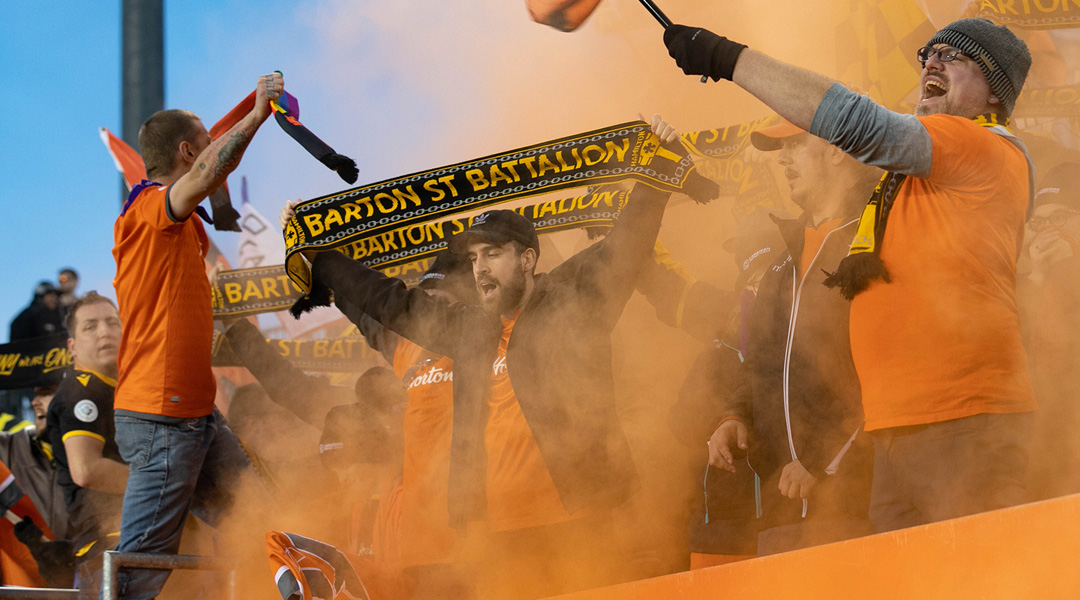 In recent times, OneSoccer analyst Kurt Larson has championed the idea of expanding the Canadian Premier League’s playoff structure, stating that adding a third team into the mix would keep the regular season more interesting and provide a boost in views from the added playoffs matches. To support his argument, Larson made a fairly straightforward claim in that both the two-legged final and the similarly-structured Canadian Championship brought a drastic increase in both viewership and attendance.

The claim about attendance is easy to verify: when looking at each club’s average attendance versus its Canadian Championship matches, it’s clear that the latter stages of the Canadian Championship provided big boosts: Cavalry FC saw an average of 5,381 fans attend their games against MLS opposition, which is a figure much higher than its season average of 3,291. Similarly, York9 FC enjoyed a record crowd of 5,252 during its dramatic 2-2 draw against Montreal Impact, a figure nearly double its average season attendance of 2,723.


In short, the boost in attendance could certainly be said to skyrocket, at least in the later stages. There’s a flip side, however: York9 FC had a paltry crowd of 1,723 watch the Nine Stripes take on AS Blainville at York Lions Stadium in the first qualifying round, indicating that semi-pro opposition may not be a big draw in the cup competition. Still, there are entry round outliers like Halifax, who seem to sell out regardless of whether they’re playing League1 Ontario side Vaughan Azzurri or spring and fall season champions Cavalry FC.

Similarly, the first leg of the playoffs saw Tim Hortons Field hosting some 10,486 spectators, which is a season record if you’re not counting the inaugural match, for which tickets were made free. The second leg at ATCO Field saw a record Alberta crowd of 5,831, more than Cavalry FC drew for its Canadian Championship games against MLS squads.


In terms of viewership, however, things get much less clear given that OneSoccer doesn’t release its online viewership numbers. What we can verify, however, is how the Canadian Premier League fared in terms of its television broadcast audience. To see how things corresponded in a tried-and-true broadcast medium, Northern Tribune reached out to CBC Sports for an answer.

After having agreed to broadcast select matches from the league, CBC Sports aired ten regular season games on television and had an additional ten games stream on CBC Gem, though the viewership for the matches streamed on its digital subscription service was not disclosed for competitive reasons. CBC Sports also aired both legs of the final, albeit with the second leg on tape delay.

For context, the 2+ average minute audience CBC Sports is reporting from the inaugural season is comparable to Toronto FC viewership in 2016 (59,000), though that came through a paid sports network as opposed to a free national broadcast network. It’s not exactly apples-to-apples.

The first leg of the Canadian Premier League Finals did see a drastic jump in television viewership, with a 2+ average minute audience of 82,000. That represents a 28% jump upwards as compared to the regular season average, which is quite a marked increase. CBC Sports also aired the post-game analysis provided by Kurt Larson and the OneSoccer crew, which itself garnered a 33,000 2+ average minute audience.

OneSoccer held exclusive live rights to the second leg of Canadian Premier League Finals, which meant that CBC Sports could only put out a tape delay in the early hours of the morning. As one might expect, this resulted in a drastic viewership decline with a 2+ average minute audience of just 17,000.

Given that CBC Sports did not have the rights to any Canadian Championship games and OneSoccer has not disclosed any viewership trends for 2019, Larson’s statement about increasing viewership for the domestic cup competition will need to be taken at face value: it’s likely that MLS fans brought in a large injection of viewers for their respective legs, though it isn’t known how viewership was for matches featuring the likes of Ottawa Fury, AS Blainville, or Vaughan Azzurri.


While only OneSoccer knows the actual changes of stream-based viewership when comparing the playoffs to regular season matches, Larson remains convinced that having more playoffs will ultimately bring more eyes to the final stages of the domestic competition – and that means more eyes on players, more eyes on clubs, and more eyes on sponsors.

Whatever happens, it appears that audiences are more keen to tune into a playoff match than a regular season game, which certainly makes sense at face value. Beyond that, expanding playoffs would also mean more clubs would have regular season games that really meant something, which might help drive up viewership there, too.

Despite Larson’s hopes, Canadian Premier League commissioner David Clanachan was inclined to leans towards a no regarding the possibility of expanding playoffs, stating that he was wary of the ‘shoulder months’ surrounding the league: making room for more playoffs means starting the season earlier or finishing it later, and both of those run the risk of adverse weather conditions impacting attendance – though he did admit to being open to some schedule adjustments, too.

The Canadian Premier League has yet to confirm if CBC Sports will be broadcasting any of its 2020 regular season games. OneSoccer, for its part, has also been considering launching its own cable channel, though it has remained quiet regarding that idea of late.