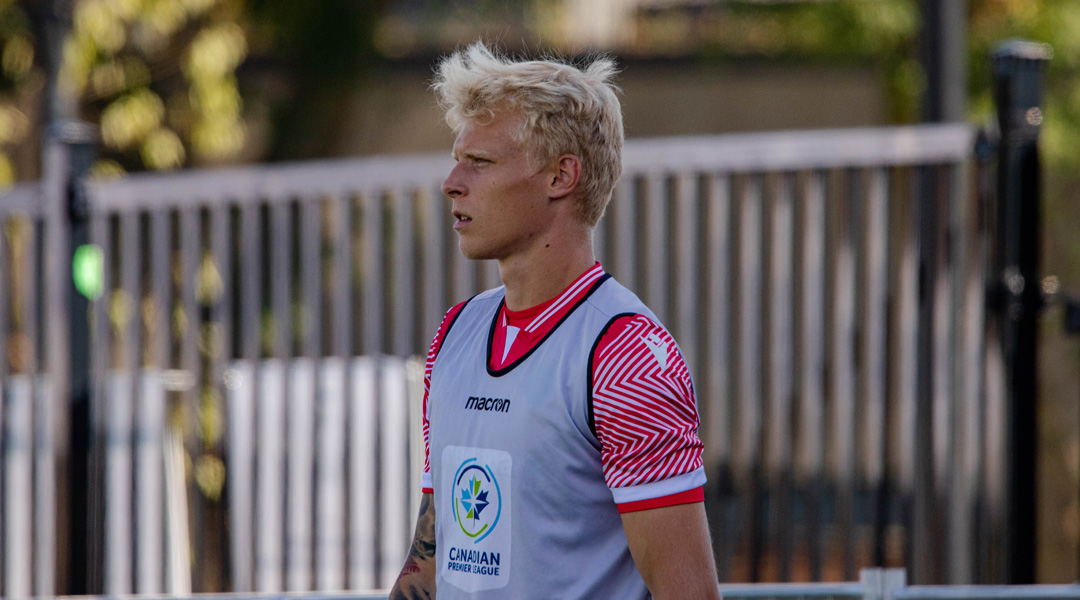 Guelph United goalkeeper Svyatik Artemenko has joined UPSL side FC Berlin for the fall season as he returns focus to his post secondary studies.

The 22-year-old goalkeeper arrives to the American league after wrapping up his second campaign with League1 Ontario side Guelph United, where he faced CPL opposition in cup play and even rode the bench for Canadian Premier League side York United after Guelph’s campaign concluded.

His team finished seventh overall this year, finishing just one point away from a playoff position.

The Odesa-born athlete had been in Ukraine during the start of the Russian invasion earlier this year, with Artemenko volunteering to join the armed defence of his homeland. Months later, the 2021 League1 Ontario winner returned to Canada safely and was belatedly handed his golden glove award by League1 Ontario.

Prior to that, he was one of Valour FC’s first-ever emergency goalkeepers after impressing former coach Rob Gale in the league’s Got Game Open Trials.

Suffice to say, he arrives as a highly-touted addition for a club performing in the UPSL, the largest amateur league in the USA and host to hundreds of North American clubs.

FC Berlin got its start in Kitchener, Ontario – hence the nod to the city’s original name – with the UPSL side set to play out of Buffalo, New York, about two hours’ drive from Kitchener.

The club also intended for its women’s team to join the WPSL, though they eventually joined United Women’s Soccer instead.

FC Berlin’s roster most recently included goalkeepers Marek Walczak and Pedja Jovicic, though its full roster for the upcoming campaign is not yet final.

Artemenko won’t be the only Guelph United player to join FC Berlin for the fall season, with midfielder Evan Dick also being announced this week.

FC Berlin will begin its eight-match fall season with a four game home stretch in Buffalo, with its home opener against Midwest East division side Alianza FC set for September 3.

The fall season will run through to the end of October.