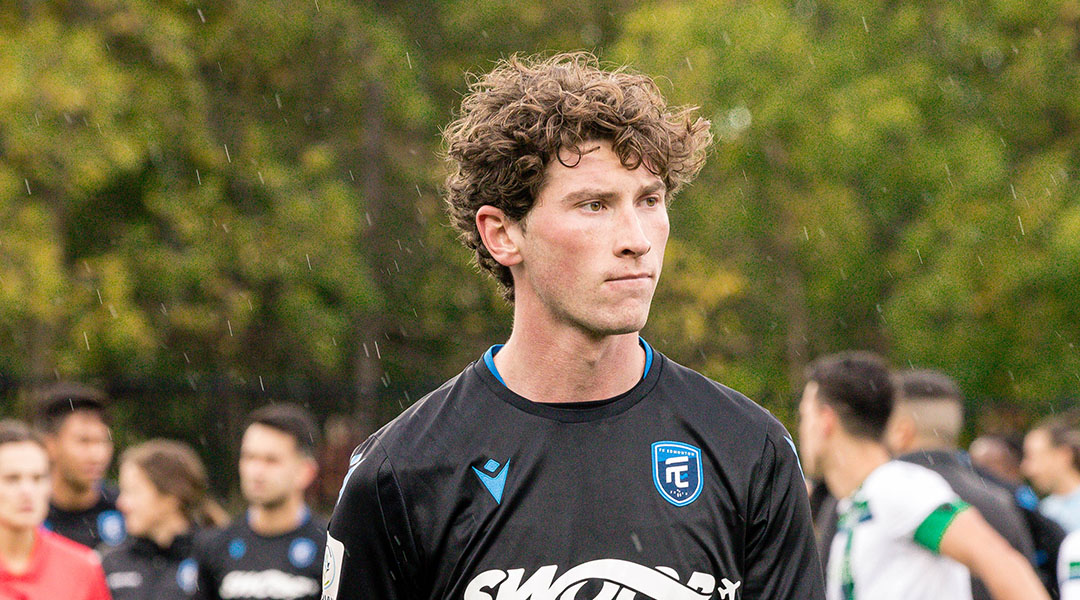 The Alberta-based side played to a draw against York United yesterday afternoon, with the Halifax Wanderers then seeing a last-gasp penalty save from Kieran Baskett secure a point against Cavalry FC to put the fourth-placed side nine points clear of FC Edmonton with three games remaining, with Halifax ahead on direct tiebreakers against the Alberta-based side.

FC Edmonton’s postseason hopes now dissipate with the club at a record of five wins, nine draws, and eleven losses this season. It’s five points off from where the club was at this stage in its inaugural CPL campaign, where it had seven wins, eight draws, and ten losses after 25 games played.

The Eddies were always set for a rebuilding period after they had closed out last season winless at The Island Games, which ultimately led to the replacement of head coach Jeff Paulus with former FC Cincinnati head coach Alan Koch.

The new gaffer brought in a lot of fresh faces for the side, and while some players claimed they could surprise spectators and challenge for the title, new Club President Eric Newendorp downplayed those expectations by stating it was a long-term rebuild with a trophy hopes timeline stretching up to five years.

Koch’s guidance of the club saw Edmonton collect its first win in 624 days (against the reigning CPL champions, no less), though the team still struggled to put together consistent results both in and out of the bubble. The side also bowed out of the Canadian Championship in the preliminary round after dropping the result to rival side Cavalry FC.

While Koch had admitted the side wasn’t quite where he had expected them to be when he arrived, he hasn’t been afraid to make changes midway through the season: he added a bright spark in Azriel Gonzalez along with other new faces like Afghanistan international Adam Najem and back-from-Germany Canadians like Matthew Durrans and Gabriel Boakye.

The Alberta-based side did show big gains compared to its previous season, with an attacking output that remains on par with the likes of Halifax Wanderers, York United, and Valour FC – but just five wins after 25 matches played now sees the perpetual underdogs officially bow out of playoff contention with the side rooted second-last in league standings.

The rebuilding season has instilled a captain-by-committee approach amongst a side showing growth in terms of character, though Shamit Shome recently stated that the squad needs more maturity and discipline to see out results. That proved prophetic this weekend, with the Eddies unable to maintain a 1-0 lead over York United and eventually drawing as a result.

While Easton Ongaro remains a goalscoring machine for the Eddies (he’s second in the golden boot race with eleven on the season), the club’s third CPL season has proven to be a tough campaign that will have fans hoping for improvements both on the pitch and off – especially given that Clarke Stadium was tipped to have a major league atmosphere, though perhaps a season more removed from an going pandemic would be best to assess that goal.

Koch was brought in on the basis of a long-term rebuild, which means his position at the helm of the club looks stable as the campaign nears its end: he didn’t have a lot of time to make adjustments prior to the season, but now there will be a firm baseline for improvement going into the following year.

FC Edmonton will close out its season with one last away game to Pacific FC before playing its final two matches at home against Valour and Forge.