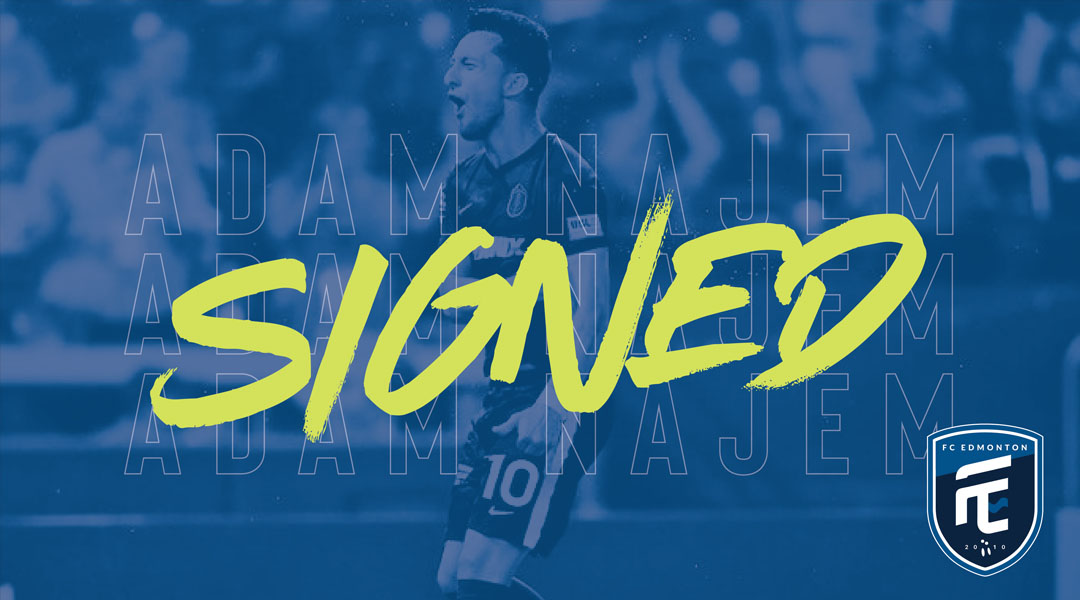 Canadian Premier League side FC Edmonton has signed Afghanistan international and American midfielder Adam Najem for the remainder of the 2021 CPL season.

The 26-year-old won’t be the only former Tampa Bay Rowdies athlete currently with the side, with American defender Hunter Gorskie having captained the team a few years ago.

Najem made six appearances for the Rowdies between August and November last year, which had marked a return to US football following stints with Polish second division side Wigry Suwalki in 2019 and 2020, which were intertwined with stints in the USL with Memphis 905 FC and the Bethlehem Steel (now Philadelphia Union II) between 2017 and 2019.

Eddies head coach Alan Koch saw Najem in action numerous times through the duo’s USL days, and was evidently left impressed by what he saw from the midfielder, who scored nine goals through 72 USL appearances:

I am very excited to welcome Adam to our Edmonton team. I have coached against him in the USL Championship and have always been impressed with his impact in the games. His national team experience will help him adapt to playing in a new environment and we expect to integrate him into our team immediately.

Najem has also accrued 13 caps for the Afghanistan national team, for which he was eligible by way of his father. His last appearance came this June in a World Cup Qualifier against India that ended in a 1-1 tie.

Born in Clifton, New Jersey, the 26-year-old played his college ball with Akron University, while simultaneously appearing for the New York Red Bulls U-23 and the Michigan Bucks. He took his first step into professional football by signing with the Philadelphia Union in 2017, who exchanged a second-round 2018 MLS SuperDraft pick for his discovery rights. He made five appearances for the senior side.

FC Edmonton currently finds itself in sixth place after eleven games played. The club had also quietly added 2004-born Ali Yildiz, who appeared on the club’s bench for its match against Pacific FC.

The club did not disclose the financial compensation of Najem’s contract.