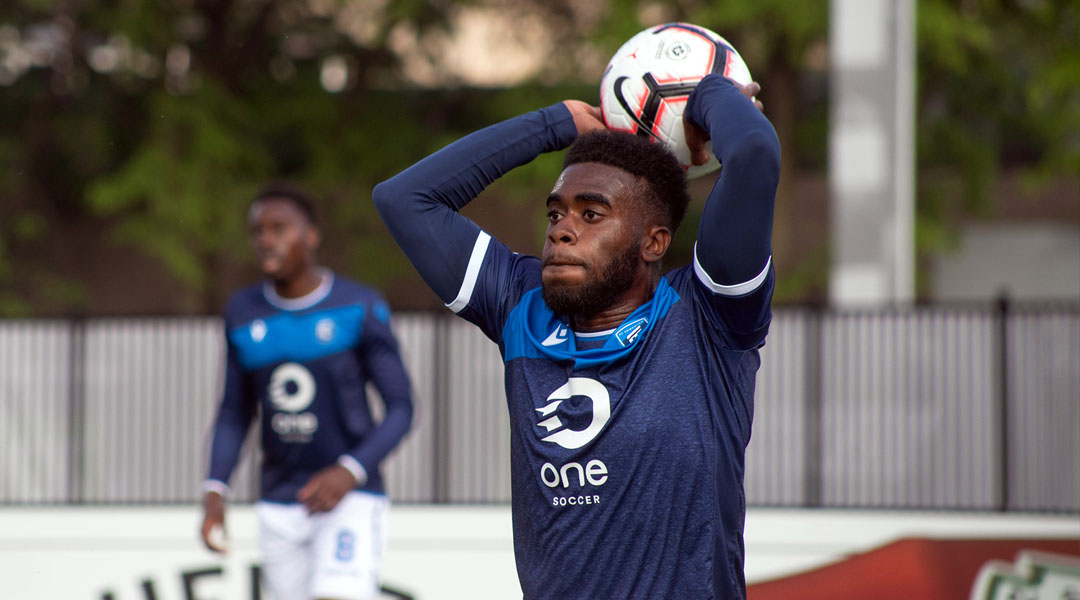 Eddies defender Allan Zebie has signed a new contract that will see him remain with the side for another year.

The 27-year-old has been with FC Edmonton since its NASL era, having signed with the club in 2015 following trials with Leeds United and Rangers. The defender has made 27 appearances in the club’s Canadian Premier League era, bringing plenty of positional versatility (the club describes him as a natural centre midfielder) to new Eddies boss Alan Koch.

Zebie made five appearances for FC Edmonton at The Island Games as a defensive midfielder following a year spent at left-back in the inaugural Canadian Premier League campaign, where he played alongside his brother Bruno Zebie. It remains to be seen where Alan will slot in under the Koch-era FC Edmonton squad.

Allan has proven that he can be a successful member of the team both in the NASL and CPL. I look forward to seeing his progression as we move forward as a club with our preparations for the 2021 season. His positional versatility, selflessness and commitment to the team will be a major part of the culture that we install in our new group this coming season

The final position of some players depends on rest of the transfer window, with Koch having previously informed us that whether Ramon Soria slots in as a defensive midfielder or a centre-back depends on who else is brought in. With Zebie now re-signed, Soria seems more likely to retain his centre-back position from The Island Games – though the club notes that Zebie can also play in a non-defensive role, too.

The club’s current defensive roster features several familiar faces so far, with Connor James, Jeannot Esua, and Mele Temguia having all re-signed over the last week or so. The only brand new defensive arrival so far is Congolese full-back Sharly Mabussi.

Former FC Edmonton Jeff Paulus stated last week that he didn’t believe the club required a large-scale rebuild, and those words seem to be vindicated with the signings since: in all, nine FC Edmonton players from The Island Games campaign have now re-signed with the club, seven of whom were with the Eddies in the inaugural CPL season.

The club has now signed fifteen players for the 2021 Canadian Premier League season, with the marquee signing so far being Zebie’s NASL-era teammate and former Montreal Impact midfielder Shamit Shome. Koch had said that the club needed to play catch up with other CPL sides, with the Eddies now making its tenth player announcement in just fourteen days.

The length and financial compensation of Zebie’s contract was not disclosed by FC Edmonton.