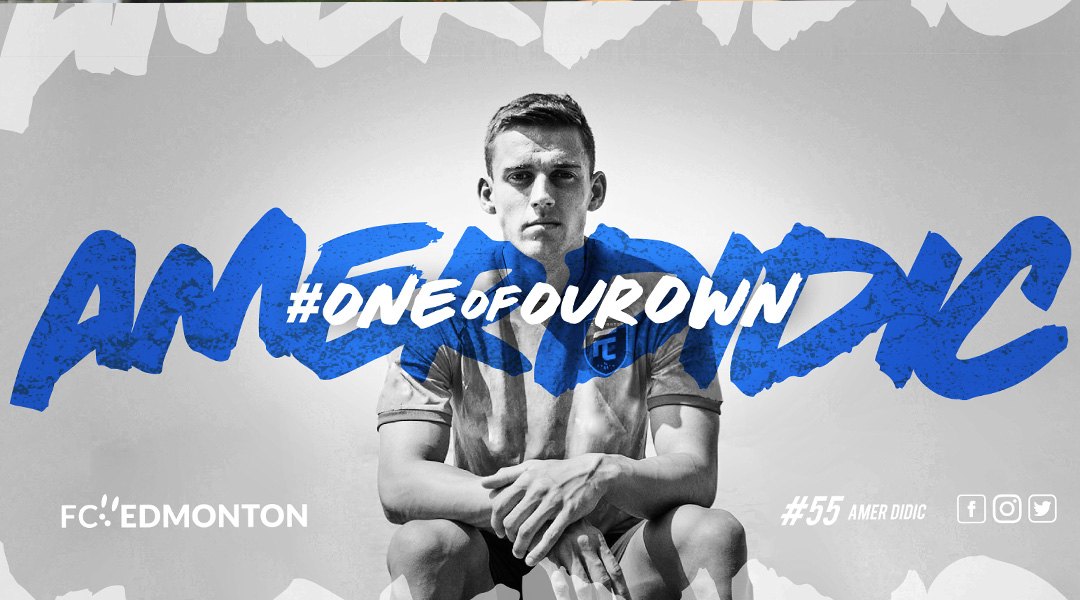 The six-foot-four centre-back had been expected to re-sign with the Eddies following an unsuccessful trial with Major League Soccer side Vancouver Whitecaps.


The FC Edmonton Academy product was first signed by Jeff Paulus ahead of the inaugural Canadian Premier League season, with the now-25-year-old arriving from USL side San Antonio FC.

In the 2019 campaign, Didic solidified himself as one of the league’s best defenders, recording twenty appearances across all competitions and producing three assists.

Any manager in this league would be excited to have Amer in their lineup and when added to the players already here I believe this puts our back line right there amongst the league’s best. Amer brings an extremely rare quality to his position, combining strong defending, a dominant aerial presence, and incredibly good feet to go with his six-foot-four frame. I consider myself fortunate to be able to work with him again.

The Bosnian-born defender – who was raised in Edmonton – followed up his impressive CPL campaign by earning a call-up to the Canadian national team, eventually making history as the first CPL player to clock in national team minutes during a friendly against Barbados, with the 25-year-old also scoring on his debut match for Canada.


FC Edmonton now has 21 players on the books, with most of the back-line from the inaugural campaign remaining: Kareem Moses, Mele Temguia, Jeannot Esua, and Ramon Soria have all re-signed ahead of Didic, with former Halifax Wanderers man Duran Lee also coming in to reinforce the backline.

While most of FC Edmonton’s preseason plans aren’t public knowledge, the club will play two exhibition matches in Saskatoon against the SK Summer Selects later on this month.