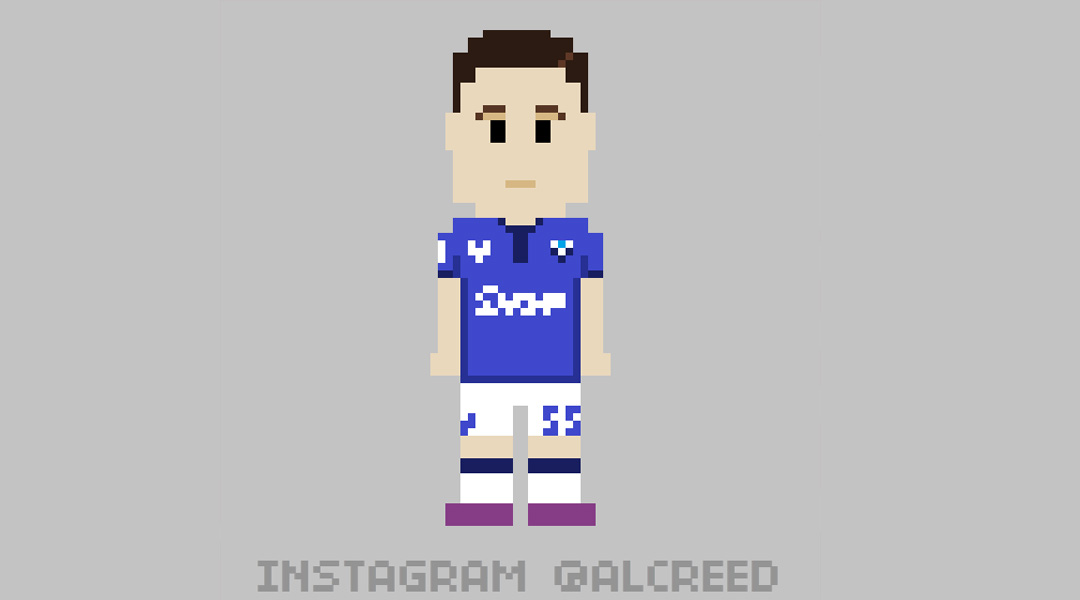 The 26-year-old Canadian international is a key returning figure for the Eddies, with the six-foot-four defender stating that he believes the rebuilt roster can go from a last-place finish to challenging for the league title this year. With the Halifax Wanderers having done exactly that, it’s not exactly an unprecedented idea.

Today, Instagram User Al Creed posted some fantastic pixel art of the Eddies defender, with the post containing both an FC Edmonton edition and a Canadian national team version. All-told, it’s a pretty good likeness of the stalwart defender, with both variants even reflecting the correct kit number.

Al Creed has been making pixel art for years, with his official Instagram Profile featuring a lot of wrestling talent, science fiction figures, and athletes from leagues like the NHL, NBA, and MLB. Didic, however, appears to be the first Canadian Premier League athlete to make an appearance.

Given that the artist is based in Hamilton, one imagines that some Forge FC fans might have a thought or two on what team Al should make art for next.

The past year has seen a lot of creative fan-art take off in the CPL space, with Dariush Ramezani having seen his artful recreations of goals from The Island Games ultimately turn into an official art book sold by the league. His drawings can now be seen in football literature outside of the CPL, in CPL squad roster listings, and in his newer NWSL Art account, too.

In November, one creative fan recreated the stadiums of all eight Canadian Premier League teams in Minecraft, even including a fair amount of background detail from outside the stadium grounds. Fans have also made unofficial CPL modifications to include the league, teams, and players in Pro Evolution Soccer, while the hard volunteer work of Edward Hon-Sing Wong has resulted in the Canadian Premier League ultimately ending up in Football Manager.

While it’s not clear if Mr. Creed will be making additional CPL-based artwork, it’s always nice to see fans get creative. The Canadian Premier League is set to kick off its third-ever campaign with a tentative start date set for late May, though it’s unclear if public health regulations will allow for fans in the stands when the time comes.

For its part, FC Edmonton has filled 19 of its 23 available roster spots ahead of the upcoming season, with Didic returning alongside new defensive additions like Congolese full-back Sharly Mabussi and academy goalkeeper Darlington Murasiranwa.