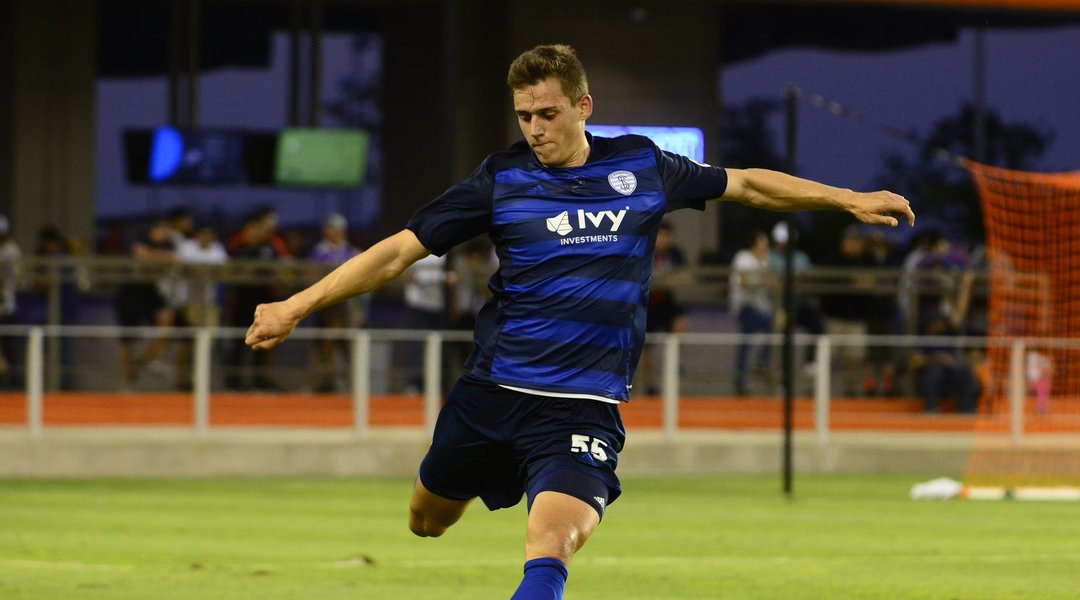 FC Edmonton head coach Jeff Paulus teased a massive defensive signing yesterday, and not even a full day later the announcement has come: Amer Didic will be heading back to Edmonton.

The 24-year-old center-back is indeed massive, measuring at 6’4 and bringing in a good array of USL experience. Having spent his youth career with the FC Edmonton Academy, the center-back dominated the college game with Baker University in Kansas, scoring an astounding 28 goals in 80 games, winning multiple awards in the process. It was there that he caught the eye of Kansas-based scouts, who offered him the chance of a pro career.

For me, we are adding an incredible piece to our roster. Any time you can add a player of his ability to the squad, you have to jump at it, and we reacted quickly to get this done. I am delighted to add another Edmontonian to our roster, and I am personally thrilled to share the pitch with Amer once again.

Didic, who was born in Bosnia, will count as a domestic player in the Canadian Premier League due to his years growing up in Alberta. We postulated that FC Edmonton’s defensive signing would need to be a Canadian due to the fact that the club already had 4 international defenders, and Didic fits the bill perfectly: he’s got good USL experience, he’s going to be a force in the air, and he’s going to be an immediate impact in terms of raising the club’s defensive quality.

Didic will arrive in Edmonton this Wednesday and begin training with the club on Thursday. His transfer is still subject to league approval and his International Transfer Clearance.

The financial details of the transfer were not revealed by FC Edmonton.