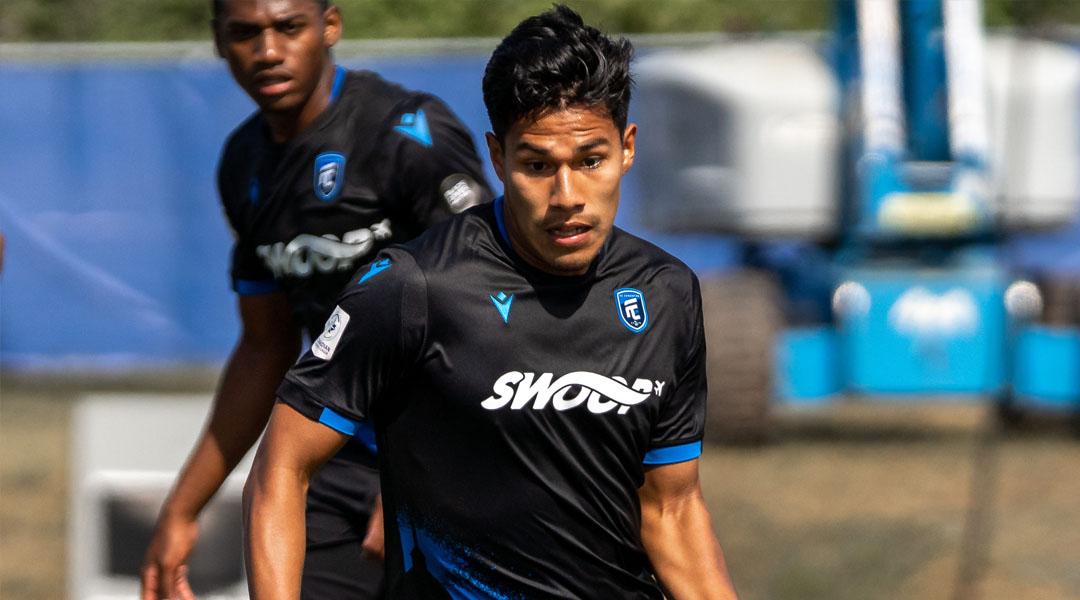 FC Edmonton has retained the services of 20-year-old academy product Antony Caceres for another year after exercising an option on his contract.

The Alberta-born midfielder appeared in all seven FC Edmonton matches at The Island Games, racking up 247 minutes of game time during a rookie campaign that sees his sole assist put itself in the running for assist of the year.

He also earned a penalty against the Halifax Wanderers in a match that saw the youngster shushed by Keven Aleman for requesting a pass while wide open, suggesting some discontent in the locker room which new Club President Eric Newendorp is hoping to change.

The club has also confirmed the re-signing of 19-year-old midfielder Chance Carter, who initially signed his first professional contract alongside Antony Caceres this February. Prior to that, he had trained with the senior squad during the inaugural Canadian Premier League season and came in as a product of the Vancouver Whitecaps academy system.

The CanPL Editorial staff have previously stated that Easton Ongaro and Jeannot Essua are also under contract for 2021, though if Morey Doner is any indication that doesn’t mean they are a certain addition to the Eddies squad next year. To that end, Club President Eric Newendorp recently told us to expect a big amount of roster change in the offseason.

Former head coach Jeff Paulus has remained with the club in a transitional role, stating he’ll help ensure some of the club’s talented academy products aren’t lost in the shuffle of the new head coach’s arrival. Given that the club’s first two re-signings are both academy products, this may be evidence of Jeff’s influence behind the scenes.

With FC Edmonton in for a fair amount of change between a new head coach, new stadium upgrades, technical staff and playing roster turnover, it’ll be interesting to see how last season’s last-placed team performs in the new year. Both Valour FC and the Halifax Wanderers showed large-scale rebuilds could see big improvement in the subsequent campaign, though how the next year goes for youngsters like Caceres and Carter remains to be seen.

FC Edmonton did not disclosed the financial details of Antony’s contract.