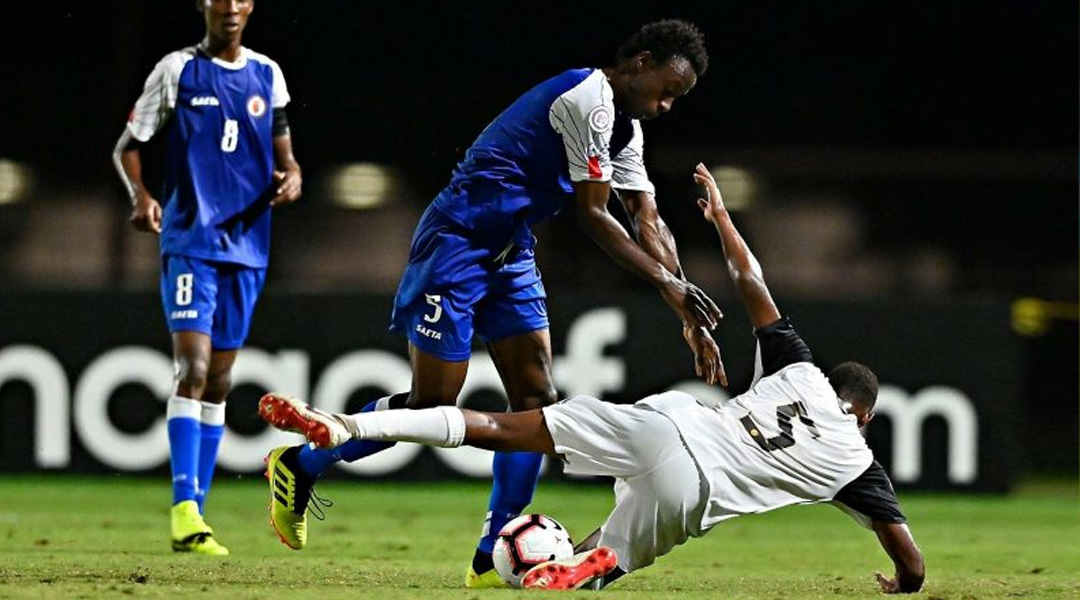 Haitian midfielder Bicou Bissainthe’s path to the Canadian Premier League was not your typical one.

The 23-year-old from Cap-Haitien, Haiti, has landed at Clarke Stadium by way of Pacific FC, who signed the midfielder to a contract before immediately loaning him to an FC Edmonton side that has taken in no less than thirteen players on loan.

Bissainthe recorded one goal in ten appearances for now-folded Sevan FC, who found themselves removed from the Armenian Premier League this year after failing to show up to two matches in a row in December. The six-foot-two midfielder is no stranger to North American football, however, having made his debut for North Texas SC back in 2019.

Bissainthe had impressed the USL One side after a good showing in the 2018 Concacaf U-20 Championship, where he contributed three goals in four matches. The 23-year-old has also featured for Haiti at the U-20 and U-23 levels, making seven appearances overall. He also spent time with hometown club Real Hope FA before before and after his season-long stint in Texas, where he made 16 appearances.

“We are very excited to welcome Bicou to our team and to our league,” said FC Edmonton head coach Alan Koch. “He has had excellent experiences with the Haitian national team and in Europe, and we look forward to getting him integrated into our team as quickly as possible.”

FC Edmonton has shown a lot of character to fight back and secure two draws to kick off the season, proving to be a competitive side against both Valour FC and York United.

Bissainthe becomes the second loanee to arrive from Pacific FC, who also sent in Simon Triantafillou on loan last week. York United has loaned four players to the side, with the Halifax Wanderers sending three and Pacific, Forge, and Toronto FC having lent two now.

FC Edmonton will play their first away match of the season against Forge FC tomorrow. We have confirmed that the beleaguered club will be able to play both its Forge loanees in the match.

Bissainthe’s contract with Pacific is a one-year deal which clubs an option for 2023. He’ll be available against Forge tomorrow.