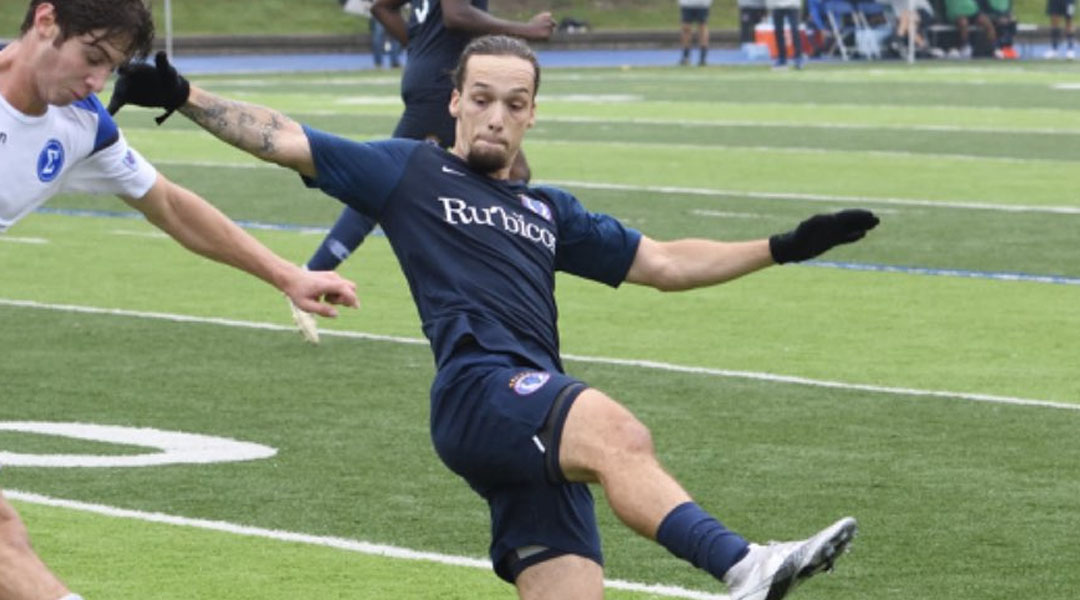 A well-placed sourced has informed us that the 24-year-told midfielder will begin his trial with the Alberta-based side shortly, joining a multitude of athletes vying for a roster spot under head coach Alan Koch.

Duarte had trialed with Atletico Ottawa last season before returning to his League1 Ontario outfit, where he earned a Western-All Star nod after helping his side to the League1 Ontario Final. The 2021 season also saw him impress with NPSL side Midland-Odessa Sockers, where he was named to the Lone Star Conference XI.

Duarte previously captained St. John’s University Athletics, where the midfielder earned All-Atlantic third team honours. He had also captained at Ancilla College before that, and had even taken part in a Canada U-18 camp run by Rob Gale back in 2015.

He isn’t the only League1 Ontario athlete testing himself in the professional ranks of a CPL side this preseason: Reshon Phillip, Ryley Wishart, and Orlendis Benitez are on trial with Halifax right now, while PLSQ talents Samir Mahhidine and Nic Gagan are also on trial with Halifax and York United, respectively.

FC Edmonton finds itself in the midst of a testing roster rebuild as the search for a new club owner continues: with player salaries being funded by other club owners, the Eddies are limited to minimum salary athletes and loan additions, for which the league is allowing the club to take as many as it needs.

For athletes like Brandon Duarte, it means the window of opportunity is just a little bit bigger.

The club has taken three players on loan from York United with Luke Singh now inbound from Toronto FC, whilst also adding Nyal Higgins and making intra-league moves for Masta Kacher and Mamadi Camara. It retained just two players from its 2021 roster, both of whom are academy products.

The coaching staff under Alan Koch is also in for some shuffling, though it isn’t known who will be arriving beyond Shervin Hajami as the team’s manager of operations. In a recent photograph, it appeared that now-retired Eddie Allan Zebie was helping coach a scrimmage match against the Mount Royal Cougars.

The contingent of trialists in action yesterday include highly-touted draft pick Kairo Coore and even former Eddies backup goalkeeper Joseph Holliday, among others. York United loan additions Tobias Warschewski and Julian Ulbricht are also with the club, meaning fans won’t have to worry about any travel difficulties for the two German additions. The Nine Stripes are also loaning Felix N’sa to the side, who missed out on his pro debut last season through injury.

There’s a significant number of youngsters present at camp, ranging from local Edmonton Scottish United talent to the likes of 15-year-old Arjan Khela, a centre-back who won the Ontario Cup with the Blue Devils FC last summer. With the Eddies having filled nine of 23 roster spots, however, only a select few may earn the chance to reach professional heights or developmental deals.

If Brandon Duarte can earn a roster spot at Clarke Stadium, he’ll be in for a tough season at the professional level – but it’ll also be an excellent opportunity for the Canadian midfielder to showcase himself.