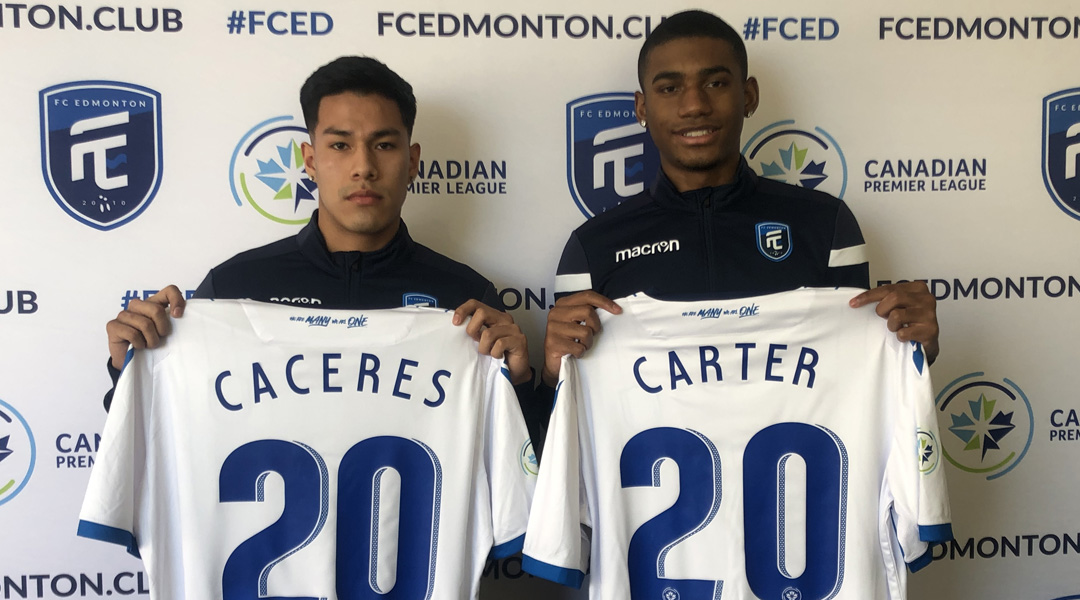 Both players grew up in the local Edmonton football scene, taking part in the FC Edmonton Academy prior to departing for the Whitecaps Residency program.

In signing these two young players, we feel that we have taken an important step in not only providing competition for places right away but also ensuring the club’s future. Each player, having come through local clubs, our own academy, and then the Whitecaps residency program will excite our supporters with their brand of football.

Having returned to Edmonton in the fall, midfielder Antony Caceres actually trained with the senior Eddies side during the fall CPL season. It was here he left Jeff Paulus with a positive impression prior to signing his first professional contract ahead of the 2020 season:

I would describe Antony as a technical player who loves to dribble at defenders and reads the game very well and plays with an edge.

Chance offers a rare breed of power, dribbling ability, and defending with an impressive left foot who can launch an attack from deep positions. I am delighted to have both players back home.

The young duo make the eighth and ninth midfield signings that Paulus has made ahead of the 2020 CPL season, with the club gaffer also bringing in former NASL standout Hanson Boakai and Swedish midfielder Erik Zetterberg.


With 19 players now on the books and FC Edmonton Academy products David Chung and Jacob Bosch both selected by Paulus from the CPL-U SPORTS Draft, it’s looking like the Eddies will skew young for the 2020 season. In fact, thirteen of the currently-rostered Eddies players clock in at under 25 years of age.

The financial compensation for either of today’s signings was not disclosed by FC Edmonton.