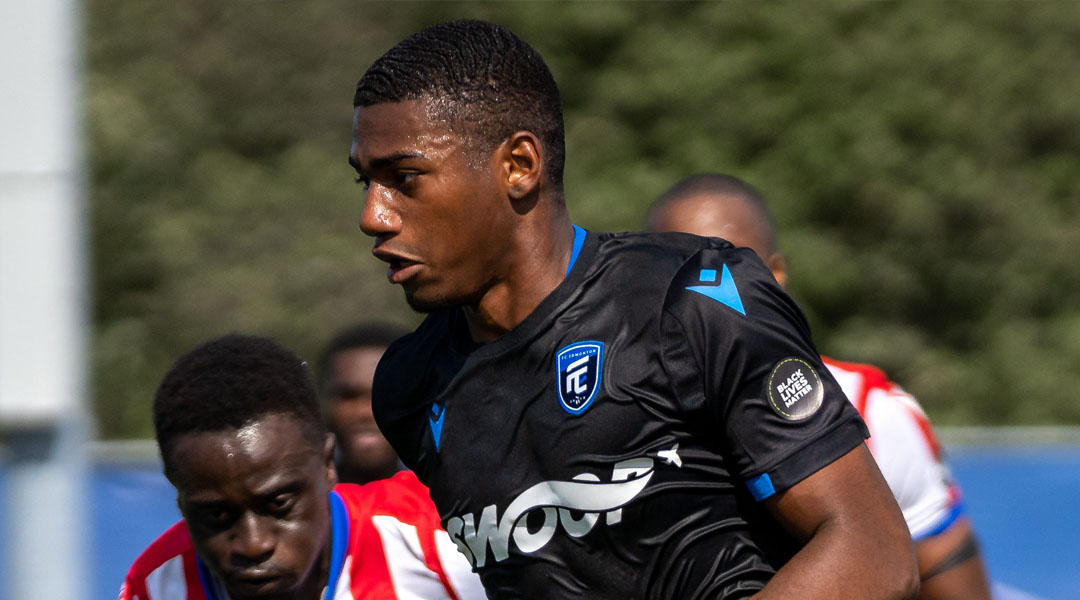 The first official FC Edmonton returnee for the 2021 Canadian Premier League has been revealed to be Chance Carter.

This afternoon, the Eddies confirmed that it had exercised an option for the 19-year-old local midfielder, who marked his rookie season at The Island Games with six appearances, one of which came as a start.

Carter is one of many FC Edmonton Academy products who earned a professional contract under the reign of Jeff Paulus, who stepped down from his head coach role following the club’s eighth place finish at The Island Games. As per Oliver Platt, the young Edmontonian remains highly rated by the club.

The 19-year-old originally signed on with the CPL side alongside Antony Caceras in February, with Paulus describing the youngster as a rare blend of power, dribbling, and defensive awareness with a sharp left foot. Prior to his time at the Eddies Academy, Carter was a Whitecaps Residency program member who trained with the MLS side’s first team during the 2018 and 2019 MLS preseasons before he came home to Edmonton.

New Eddies Club President Eric Newendorp revealed that he has re-signed multiple players and is in talks with more ahead of the club’s new head coach hire, who is slated to be confirmed later on this month. In mid-October, CanPL announced that two players were already on guaranteed contracts for 2021: Easton Ongaro (who is on loan in Denarmk) and full-back Jeannot Esua.

That being said, Peruvian winger Raul Tito is also on loan with Peruvian Segunda Division side Santos de Nasca, with the 23-year-old stating he would be arriving to FC Edmonton afterwards. Dylon Powley also made a 2021 contract post last month that didn’t specify a club, but he quietly took it down. All told, his return wouldn’t come as a surprise – though it’d also be easy to see the former Foothills man sign with Cavalry FC.

While Jeff Paulus stuck to his roots and built a roster based around local athletes, Newendorp stated that the new club gaffer will need to find a way to secure results, too. While the club will likely retain other FC Edmonton Academy products, there’s no telling how much turnover fans can expect as of yet – though one player we spoke to hinted that there would be ‘plenty’ of change.

FC Edmonton did not confirmed the length or financial terms of Chance’s contract.