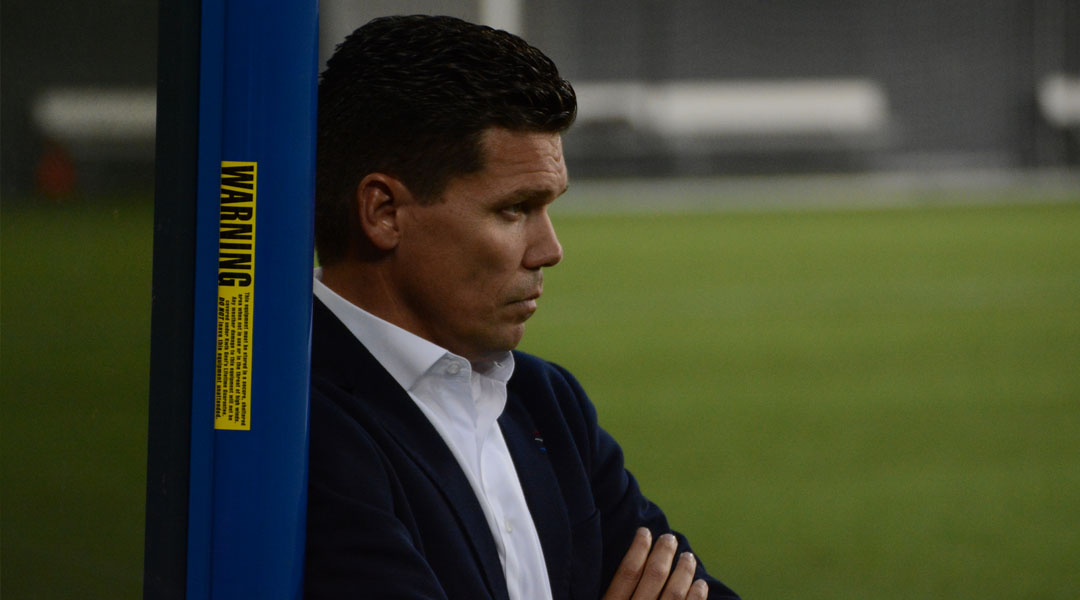 Canadian Premier League side FC Edmonton has announced its new coaching roster for the upcoming campaign.

The side saw the addition of new head coach Alan Koch last November, with the former MLS gaffer indicating that the club had a lot of catching up to do following its winless Island Games campaign in 2020.

Today, Koch has confirmed his coaching staff for the upcoming season, which sees the side retain one coach while bringing in two additional Canadian coaches.

I am incredibly excited to publicly announce and finally get to work with our assembled staff. I feel their diverse backgrounds and experiences will allow us to put the best possible environment in place to help develop our FC Edmonton players, and simultaneously create a winning environment here at the club.

The first new addition is Brendan Shaw, who like Koch has spent time with both Simon Fraser University and the Vancouver Whitecaps, where he was an academy coach for two years. He’s also been part of the BC Soccer Provincial Program and has coached amateur side Mountain United, which has helped athletes like Jake Ruby and Emil Gazdov reach the professional level.

The club states he’ll play a big part in implementing Koch’s playing philosophy, which could see the Eddies put forth a tiki-taka, attack-minded game plan while working on improving its set piece performance at both ends of the pitch.

The coaching roster will also see the addition of Jay Bhindi, who arrives from USL side Austin Bold FC. He spent the last two years as Austin’s team and opposition analyst, and will assume a similar role with FC Edmonton by aiding the team with opposition scouting, video analysis, and developmental plans.

In a talk with Northern Tribune last year, new Eddies General Manager Eric Newendorp stated that the club needed to utilize data strongly in its future endeavors, but emphasized that it would be used as a tool, and not an oracle.

Bhindi has also coached with the Ottawa Fury academy, juggling additional roles as a first team assistant analyst and academy analyst during his five years with the side. He was once also a staff coach with the Ottawa South United Soccer Club, too.

The club is retaining goalkeeper coach Lars Hirschfeld, with the Eddies stating that the retired Canadian international’s player and coaching experience are absolutely vital to the development of their players.

The side has two goalkeepers signed on for the upcoming season: Connor James returns for his third year with the side, with 19-year-old academy product Darlington Murasiranwa joining as the club’s secondary keeper.

Former FC Edmonton head coach Jeff Paulus was not mentioned in the release, but has confirmed that he is not attached to the club in any capacity, and hasn’t been involved since his contract expired last year. The former Eddies gaffer has since moved on to a full-time role with Edmonton Scottish.

With its coaching staff roster now sorted, the player roster finds itself nearly complete, too: the club has signed nineteen players ahead of the upcoming season, mostly recently bringing in German forward Tobias Warschewski, with two 2021 CPL-U SPORTS Draft picks still yet to trial with the club.

The Eddies have re-signed eleven players from The Island Games, with new arrivals like Shamit Shome, Paris Gee, Kyle Porter, and Fraiser Aird set to introduce a stronger CPL era for the side.

FC Edmonton did not disclose any further information regarding the contracts of its technical staff.