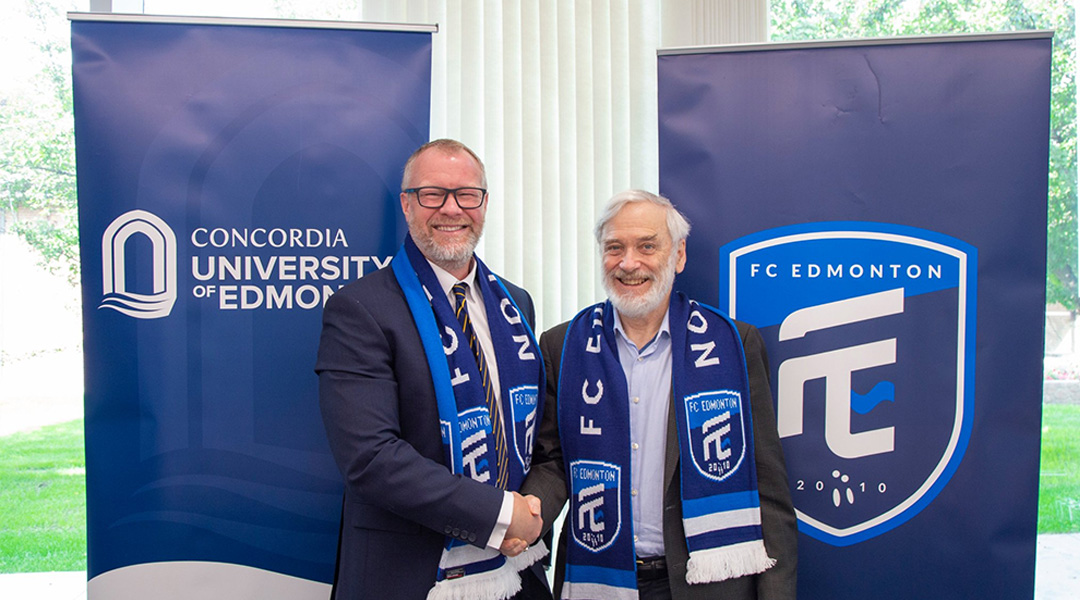 Alberta-based club FC Edmonton has just announced a mutual partnership with Concordia University that will give members of the club’s senior and academy teams opportunities to study at the post-secondary institution.

As part of the partnership, FC Edmonton will host summer clinics on the university’s campus. These clinics will run from July to August.

“It’s an exciting time for FC Edmonton and our fans as we see our club earning success on and off the pitch. As we look toward the future, we will continue to collaborate with significant partners like Concordia, who have a long-standing tradition of academic excellence and community stewardship in our community. Going forward together and finding new ways to grow the game will only fuel the excitement of soccer and unify our soccer community.”

It is unclear if any members of the FC Edmonton first team have begun the process of continuing their education with Concordia University, but the partnership presents a great opportunity for professional athletes to ensure that they have good career options after their sporting careers.

Speaking on The Keeper Connection Podcast earlier this year, York9 FC goalkeeper Nathan Ingham spoke about his gratefulness for a coach who pushed him to attend university and securing the career options a post-secondary degree brings, acknowledging that he knew many players who dropped out of sporting careers and, having little qualifications for careers elsewhere, began working service industry jobs to make ends meet. It’s a stark contrast compared to the dream of being a professional player.

It’s great to see FC Edmonton continue to flesh out partnerships in its own backyard. These kind of opportunities will make the Canadian Premier League club more attractive to professional players, and one never knows what makes the difference between a player signing of looking elsewhere.

FC Edmonton currently has a full 23-man roster, so when the fall season transfer window opens on July 9 it’s not likely that there will be any changes. With the Eddies now going on a four match winning streak ever since rediscovering the club’s goal scoring roots (with the help of a secret analyst), things are currently looking rosy for the Alberta-based club.

The CPL Transfer Window Is Open