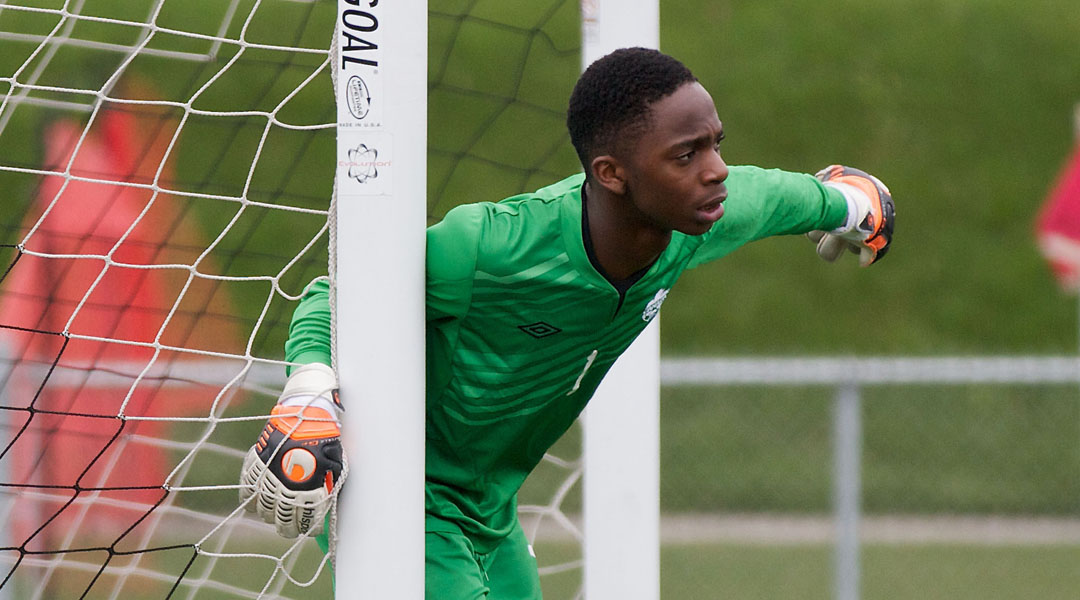 The 19-year-old goalkeeper will contest for a starting spot against Connor James for the 2021 Canadian Premier League season.

Murasiranwa was born in Zimbabwe, with the young goalkeeper being raised in South Africa before moving to Edmonton at the age of 13. He was a member of the Vancouver Whitecaps Academy at the U-16 level, where he made fourteen appearances.

After that he joined the FC Edmonton Academy and arrives with 135 minutes of U SPORTS playtime via the Guelph Gryphons in 2019. Before going professional, he had already transitioned closer to home and had declared for the MacEwan University Griffins in Alberta for the 2021 Canada West season.

We are excited to give Darlington an opportunity to begin his career in professional football. He is eager to learn and grow in the surroundings that we will create for him. His enthusiasm and desire to be a success will not only help him in his personal career but will also help our daily training environment.

Murasiranwa has also been on the national team radar, appearing at a U-15 identification camp six years ago. All-told, he arrives as a youngster on his first professional with a lot to prove.

Given that former Eddies goalkeeper Dylon Powley announced his departure last month, it was known that the club would need to secure a replacement ahead of the third-ever CPL season. The inaugural campaign saw the club lean on its academy to bring in Chris Ezua as an emergency goalkeeper while Powley was sidelined.

FC Edmonton has now signed 17 players for the 2021 Canadian Premier League season, with new head coach Alan Koch’s club rebuild headlined by the likes of Shamit Shome of Amer Didic. The club gaffer stated that the club needed to play catch up on its CPL competition, so it’ll be interesting to see what the final 23-man roster looks like.

The club also has two CPL-U SPORTS Draft picks that will contest for a spot at Clarke Stadium later on this year.

FC Edmonton did not disclose the financial details of Darlington’s contract with the side, simply stating that the youngster was joining for the 2021 Canadian Premier League season.