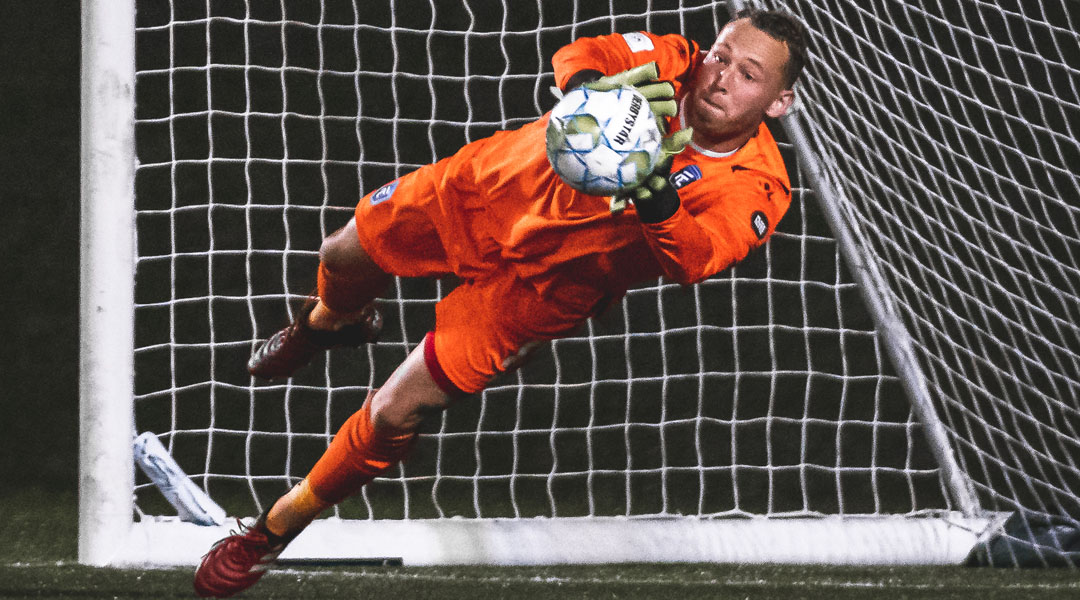 While fans have known for months that 24-year-old domestic goalkeeper Dylon Powley has signed on with a side for the upcoming season, his next destination has ultimately remained unknown.

This evening the Edmonton local announced that his time with FC Edmonton has officially come to an end after two seasons and nine appearances.

The 24-year-old made his professional debut for the Eddies in 2019, keeping a clean sheet in a 2-0 win over the Halifax Wanderers. He made eight appearances across all competitions that season, but was selected only once behind Connor James last year in a winless Island Games campaign.

Powley has confirmed his departure publicly on Twitter, suggesting that his next destination will be revealed soon:

Given that Powley has a history with Tommy Wheeldon Jr. from his time with the Calgary Foothills, it wouldn’t be surprising to see him sign with Cavalry FC as the club’s second choice goalkeeper behind Marco Carducci. This year saw the club’s previous number two, Niko Giantsopoulos, move eastwards to York United in a bid for more playing time.

He wouldn’t be the first player to across Al Classico battle lines, with Bruno Zebie having moved between sides in 2020 and Brazilian winger Richard Luca having made a late decision to sign for the club’s rivals instead.

While Valour FC is in need of goalkeepers, the club’s recent roster update revealed that the side are in talks with Matt Silva while awaiting potential Major League Soccer loan options, making the possibility that the Winnipeg-based club signed Powley months ago less likely.

Atletico Ottawo have yet to re-sign Nacho Zabal and did see Ricky Gomes depart, but they also remain outside bet. Forge FC’s roster is a bit of a mystery, but Powley would be seen as an upgrade on largely-unproven youngster Baj Maan – though he’d be an easy lock for Forge’s domestic U-21 player requirement next season.

Wherever Powley ultimately goes, he signed on with his new club just prior to the arrival of new Eddies boss Alan Koch. The new club gaffer has re-signed eleven players from the club’s 2020 roster so far, most recently securing the return of Canadian international Amer Didic.