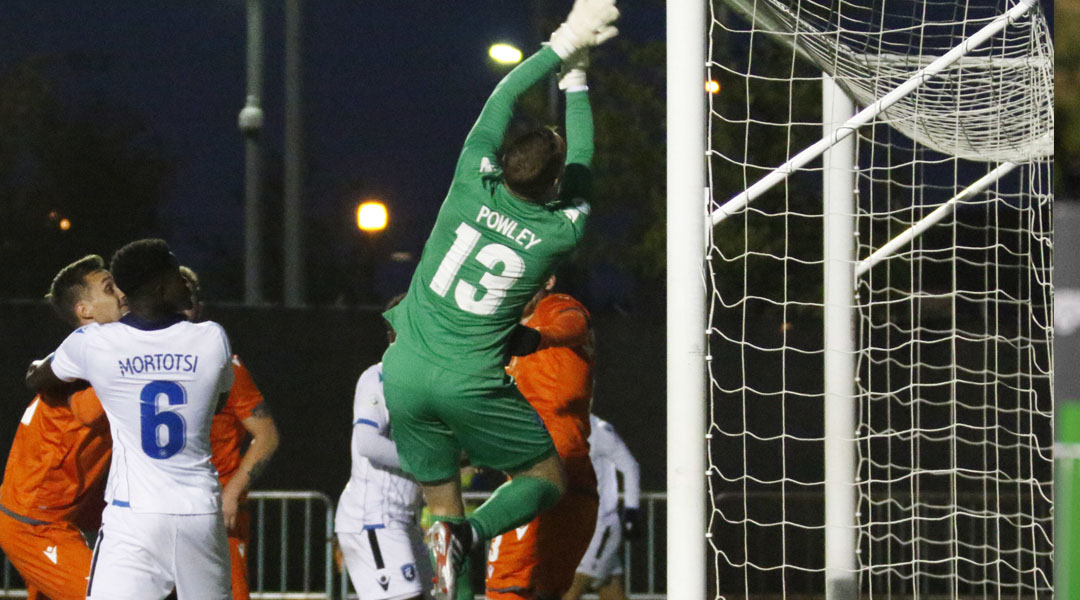 One month and a half after being cut from the FC Edmonton roster, 23-year-old goalkeeper Dylon Powley has been re-signed by the Alberta-based club that he called home for the inaugural Canadian Premier League season.

Powley is the fifteenth signing made by Jeff Paulus ahead of the 2020 season, and the fourteenth player to re-sign following the club’s first year in the Canadian Premier League.

Dylon showed at the end of last year that he has the ability to play in this league and his return gives us stability in that position we were after. We have always felt that we had two top young keepers at our club, who have worked daily to push each other, and with all the time he spends with youth groups and within the community, Dylon has shown he is a great ambassador for our club.

The club’s inaugural Canadian Premier League campaign saw Powley take a backup role behind Connor James. He made eight appearances across all competitions throughout the year, registering some 21 saves and a sole clean sheet from CPL action.

He becomes an interesting first for the league: his re-signing marks the first time a player has re-signed for a team that had publicly cut him from its roster. It’ll be interesting to see if this happens elsewhere throughout the offseason, too.


With the Eddies also retaining the services of first choice goalkeeper Connor James, the former Calgary Foothills shotstopper is expected to reprise his role as a backup goalkeeper once more in 2020.

Prior to Powley, the club confirmed it was bringing back former NASL-era Eddies standout Hanson Boakai. The Eddies have also secured the services of several members from its core roster, with young CPL standout Easton Ongaro signing on a two-year deal.

Dylon Powley’s contract appears to be a one year deal. The financial terms of his contract were not disclosed by FC Edmonton.